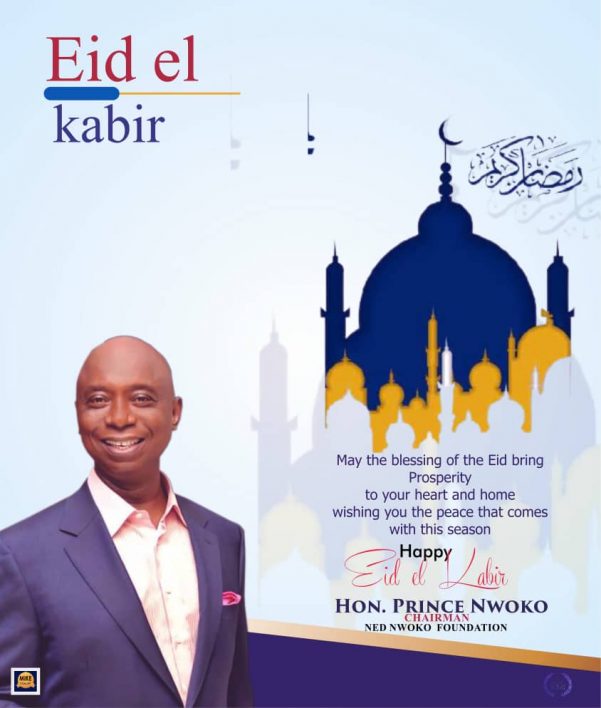 Antarctica Explorer and Delta born billionaire,Hon.Prince Ned Nwoko has urged Nigerians to seek peaceful relations,religious tolerance and stronger ties amongst ethnic groups in the country, for a better society.

According to the former federal lawmaker, “We are in a critical period in our history where religious activities such as the Eid-El-Kabir should remind us of our obligations to God and mankind.

“We are to love our neighbours and respect the sanctity of human life which is a direct response of reverence to the One who created heaven and earth and all human beings.

“It is therefore incumbent on us to shun insecurity and divisive tendencies in our national life but do the bidding of God by advancing peace and and unity across the nation.

“It is my strong belief that if we can play our roles individually towards peace agenda, we will prosper as a nation and consummate our manifest destinies as a people.

“Let me also state that government must equally do its part by ensuring that institutions of government work optimally for the purpose for which they were established”, Nwoko affirmed.

Prince Nwoko a Muslim encouraged Islamic adherents to sustain the prayer of peace, unity and love among Nigerians in the interest of the Nation and her people.

The chancellor of the proposed STARS university Idumuje- ugboko expressed optimism that Nigeria would overcome her difficult challenges and achieve the prosperity dream of the founding fathers through religious piety and patriotism.