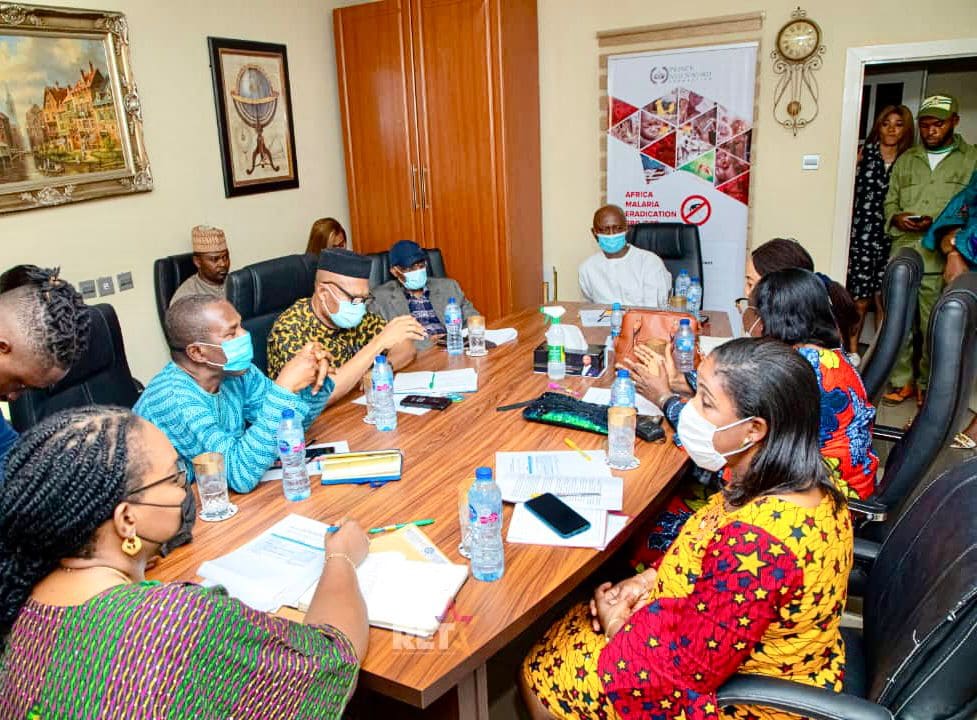 He went further to point out the stratgeies the Ned Nwoko Malaria project is adopting to fight the menace which include: Sanitation, Waste Management, Fumigation and Vaccine Development.

In addition, he succinctly emphasized on the need for the establishment of a Federal Government Agency that will ensure sustainable implementation of the Malaria Eradication Project.

He gave details of the work of the foundation by saying that efforts have been on going to get a Malaria vaccine and this is through the collaboration with an US based biotech company, Sanaria. On the aspect of the establishment of a Malaria Eradication and Waste Management Agency, he has presented the draft bill to the Deputy Senate President, Sen. Ovie Omo-Agege and he hopes that if passed, the Agency will come to light and will synergize with the National Programme and other relevant stakeholders to end malaria in Nigeria.

Prince Ned opined that the effort to end malaria shouldn’t be on one sided, if all and sundry can come together to join efforts, combining the different intervention programmes, malaria will be defeated.

The National Coordinator of NMEP, Dr Perpetua Uhomoibhi, stated that she appreciated Prince Ned Nwoko’s passion and drive to end malaria in Nigeria. She gave me an explanatory insight of the works of the programme over the years which includes but not limited to Advocacy, Mosquitoes Nets distribution, Surveillance, Seasonal malaria Chemoprevention, Indoor Residual Spray, Advocacy on test before treatment, Treatment, environmental actions, to mention but a few.’’

She also attested that the National Malaria Strategic Plan 2021-2025 is something the government alone cannot drive. That private sector partnership is necessary to achieve the goal. According to her, she said talks have been on-going about the WHO recently approved RTS,S Malaria Vaccine and the fact that NMEP is already discussing with PATH to work out roadmap for deployment of the vaccine in Nigeria.

‘’ I solicit for Prince Ned Nwoko to be part of the End Malaria Council to advocate on behalf of Nigeria and for him to be a member of the Africa Malaria Leaders Alliance ‘’ she concluded. 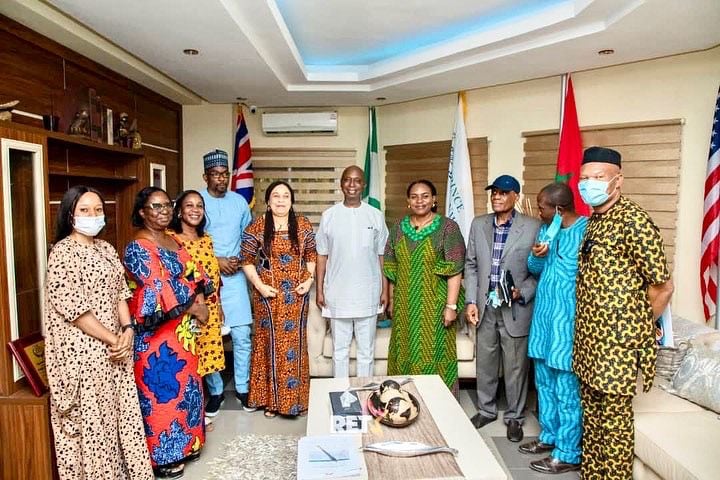 Amajoh threw more light on the works of the Ned Nwoko Malaria Project in the area of RTS,S Vaccine implementation, and the journey for the formation of the R-MAC (RTS,S Malaria Vaccine Action Committee) which is comprised of herself, Prof. Stephen Oguche, Professor Tagbo Oguonu, Prof. Wellington Oyibo, Emmanuel Obi Dr Godwin Ntadom and Chuks Anyaduba.

Dr Amajoh also referred to the 2021-2025 National Malaria Strategic Plan as a guide to malaria interventions in Nigeria and the need to align with it.

Dr Nnena Ogbulafor of NMEP solicited for the support of the Prince Ned Nwoko Foundation in the following areas; support in funding for malaria programmes by urging the Nigeria Governors Forum to make more budgetary allocation for Malaria interventions in states.

After the discussion between Ned Nwoko Foundation and NMEP, Mr Chuks Anyaduba introduced the Malaria Stakeholders meeting which the Ned Nwoko Malaria Project is proposing for this year’s World Malaria Day.

He listed the key organizing partners; Prince Ned Nwoko Foundation, Ministry of Health, Ministry of Environment and Ministry of FCT (the latter being the host)

As soon as he listed the partners involved in the Malaria Project, the National Coordinator welcomed the idea and requested that concept note be sent to NMEP upon which a planning committee will be formed. 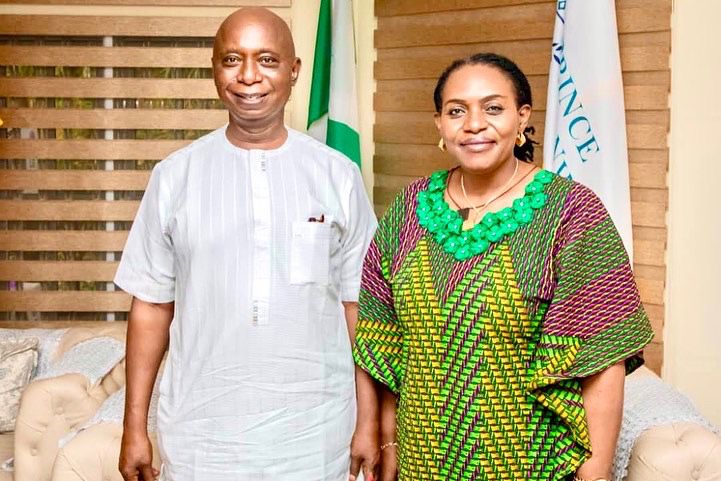 The former deputy governor of Anambra State and a member of the Board of the Ned Nwoko Malaria Project, Dr Okechukwu Udeh, appreciated Prince Ned Nwoko for his resilient in fighting this disease. He also praised the bill to the National Assembly as a brilliant idea which needs the active participation of the ministry of Health.

‘’ I believe that if this bill is being passed into law; malaria will be a thing of the pass in Nigeria ‘’ Dr Okey noted.