Babajide Akeredolu’s Appointment: What Is The Fuss? 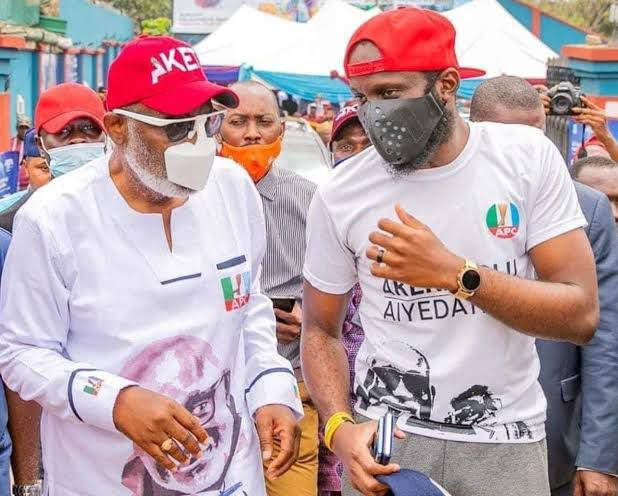 It was a welcome development and a sign of good things to come when on May 31, 2018, Muhammadu Buhari signed the Not Too Young To Run bill into law.

Not Too Young To Run an act of parliament which sought to reduce the age limit for running for elective office in Nigeria was highly recommended and appreciated so, why the fuss over Ondo State Governor, Arakunrin Oluwarotimi Akeredolu’s appointment of young, dynamic and experienced son Babajide Akeredolu?

Although, his appointment witnessed an uproar from some sections of the opposition party in the state, but that is normal since we are in the political era.

Aside from being suitably qualified for the job, Babajide Akeredolu’s appointment as the Director General, Performance and Project Implementation Monitoring Unit (PPIMU), is well deserved.

His appointment by his father wasn’t the first in the history of our nation, Nigeria. In 2014, former Governor of Plateau State, Jonah Jang appointed his son as a Commissioner in the State.

The son, Yakubu Jang was previously his father’s Special Adviser on Special Duties before his appointment as the Commissioner for Lands and Urban Planning.

In 2017, former Governor of Imo State, Rochas Okorocha, created a new role for his sister – as Commissioner for Happiness and Purpose Fulfilment in the state.

In 2018, former Governor of Nassarawa State, Governor Tanko Umaru Al-Makura, appointed his biological son as the Executive Secretary of the Nasarawa State Muslim Pilgrim Welfare Board.

Again, in 2019, Delta State Governor, Ifeanyi Okowa, appointed one of his daughters as Special Assistant to the Governor on Girl Child.

Even in that same Ondo State, former Governor Olusegun Mimiko appointed his own brother, Oluwafemi Mimiko, as the Vice Chancellor of the Adekunle Ajasin University, Akungba-Akoko (AAUA).

And they all did creditably well.

Babajide Akeredolu is from Ondo State. He has the capacity to do the job.
So, why the noise?