Plans have been perfected for the official visit of the Olu of Warri and his wife, Olori Atuwatse III to Canada under the coordination and expertise provided through the services of OZ Consulting Firm in partnership with Glogold Consulting, Afrikadey Arts & Culture Society and Aquafinancial Consulting Inc.

According to a statement released by the Public Relations Officer, (PRO), Mr Adeniyi Moses Ifetayo, on behalf of the Executive Program Coordinator, of the firm, Abi Goodman, also noted that all plans have been concluded to accord the visit the Royal trappings it deserves.

This remarkable feat, the first of its kind, is in a quest to attract direct foreign investment to the great Warri Kingdom and Delta State at large and to further place the Kingdom within the precinct of both the Canadian recognition and the world at large. 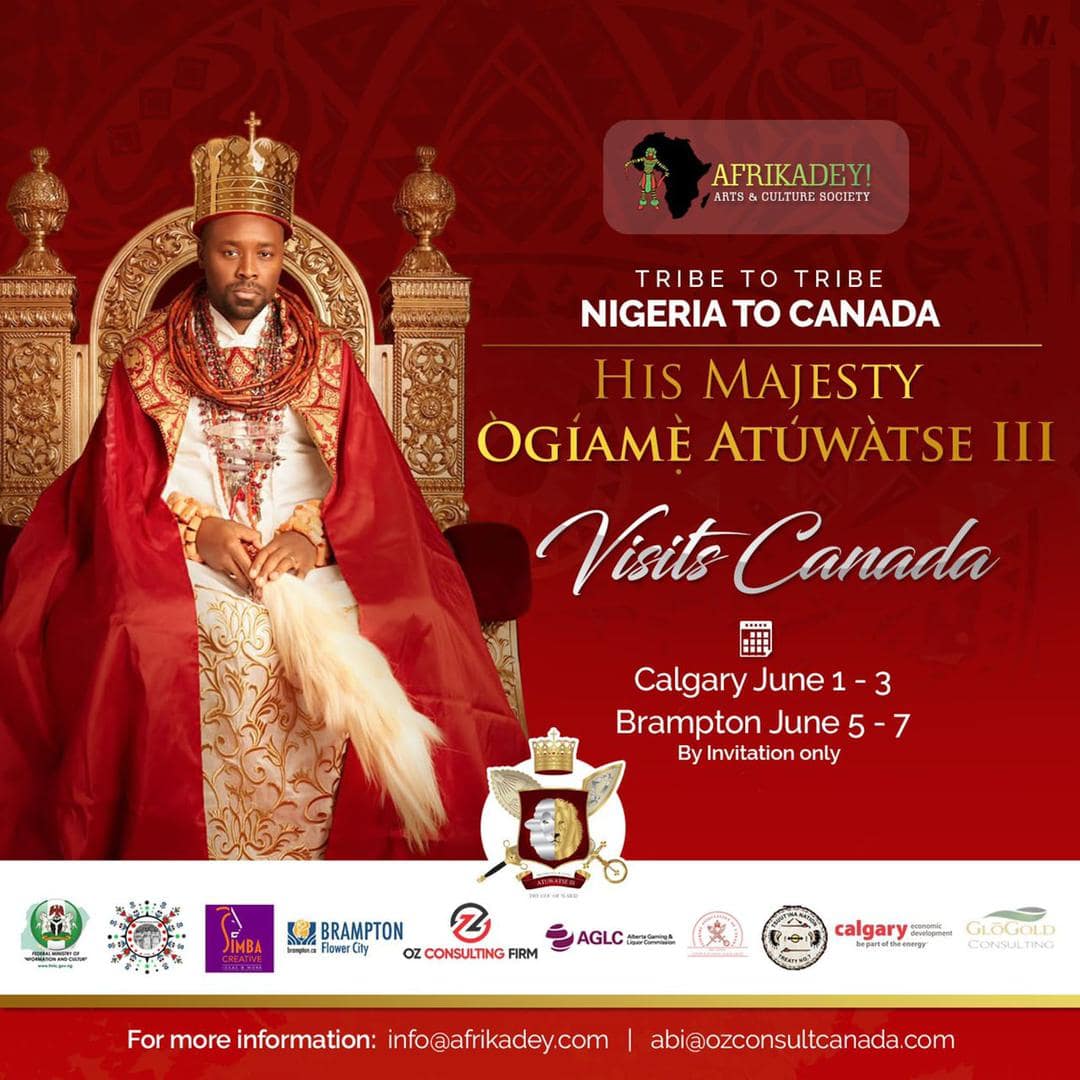 Accordingly, the official visit of the revered monarch is expected to be fulfilling with meaningful results as His Majesty and his entourage look forward to exploring the opportunities inherent in the visit to Canadian Cities of Calgary and Brampton between 1st June – 6th June 2022, for the benefit of the Warri Kingdom.

While in Calgary, His Majesty would engage in a one-on-one partnership discussions with the Calgary Economic Development Council; the Tsun T’ina Nation and the Itsekiri Association in Calgary.

In Toronto, His Majesty would meet
the Mayor of Brampton, Coordinators of Foreign Direct Investment for Africa and Caribbean, the Itsekiri Association in Toronto with reach cultural display amongst others.

According to OZ consulting Firm, Associated Partners, plans have been heightened amongst the relevant
institutions and individuals with all hands-on-deck in a bid to ensure that His Majesty’s official visit is accorded the most amazing experience and results oriented while in Canada.

The statement further assured the Kingdom, the Itsekiri Associations in Calgary & Toronto of it readiness to ensure a successful outing during the course of the visit.

A Better Society Is Possible