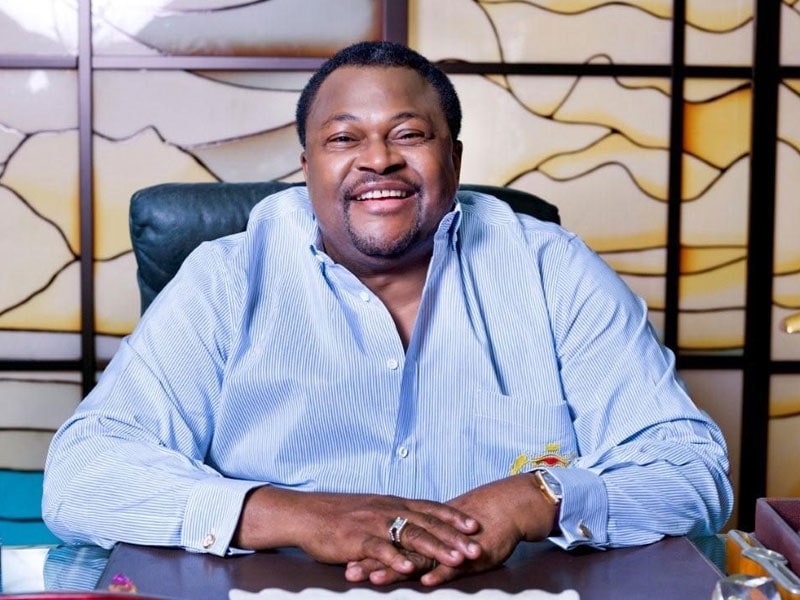 In 2003 when Globacom Limited—the first indigenous mobile telecom company debuted in Nigeria, many optimists and ICT enthusiasts saw the birth of a promising mobile operator, that would create competition in the telecom sector and give more Nigerians much-needed opportunity to own mobile lines. Except the pathfinder himself—Mike Adenuga, Jr., no one else envisioned unparalleled positive impact then nascent telecom operator would have on the nation’s entertainment industry.
Almost two decades later, Nigeria’s telecom and entertainment industries have felt way better as a result of sterling achievements of Glo in these two strategic sectors of the economy. At its inception, when the service provider firstly announced its mission statement: “To be the largest, most successful entertainment, information and telecommunications solutions provider, in Nigeria and Africa”, some cynics viewed it as one of the highfalutin propaganda of corporate organizations.

But after eighteen years of sweeping voyage nicknamed GSM revolution; having Glo as the main catalyst and its ripple effects on the entertainment industry, the grains of optimism had been conspicuously differentiated from chaffs of pessimism. The vision of quintessential entrepreneur—Mike Adenuga, Jr., has not only demystified ownership of mobile lines but brought life to the entertainment industry. It has been a glorious sojourn that has unearthed avalanche of opportunities in telecommunications and entertainment sectors, respectively, for Nigeria and her neighbors.
With Glo in the ring of competition and its aggressive market strategies, the nation’s subscribe base skyrocketed from a paltry number of 400,000 active lines in 2002 to humongous 180 million, as at September, 2021. Out of this number, Glo has over 50 million subscribers—and still growing rapidly. Beyond crashing price of SIM card from N30,000 to N200, Glo’s pioneered Per Second Billing System(PBS), altered the entire industry and made subscribers to “Glo with Pride” with cheaper lines, call and data rates. It is on record that Glo’s promos are topnotch, customer-oriented and rewarding. 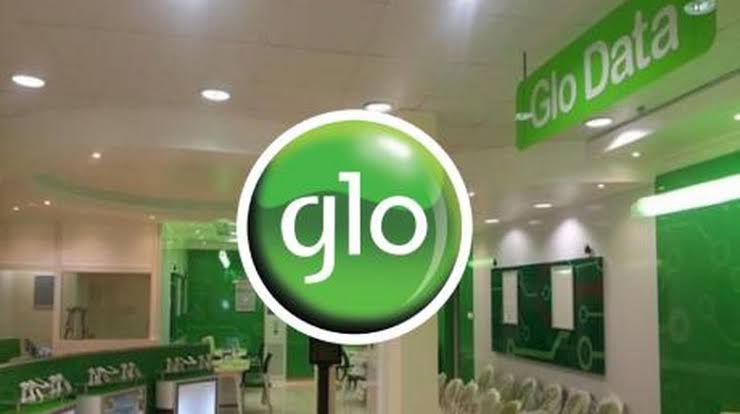 He has passionately and assiduously worked towards actualizing this vision in the last 18 years of Glo’s operations. No company in the nation’s private sector—in the last two decades, has consistently invested largely in Nigeria’s entertainment industry like Globacom Limited. Adenuga’s vision is reflected in Glo’s youth-driven ecosystem. There is no strata of Nigeria’s entertainment industry that you will not find the signature of Glo on it: from music to acting to comedy to sports, etcetera, the list is long.
Glo has come to be regarded as a network of stars. No corporate organization has had the kind of constellation of entertainment heavyweights as it brand ambassadors as Globacom. All through the years, the cream of the country’s musicians, footballers, literary icons, actors, actresses and comedians have either be signed on as brand ambassadors or featured in the company’s commercials.

While the commercials that featured these stars helped to market Glo brand and make it a household name, the partnership benefited these celebrities very well as it served as strategic public relations for their individual brands and its attendant financial gains. So far, no corporate organization has touched the lives of these celebrities like Glo. The advent of Glo has really been a blessing to celebrities in the industry and beyond. The most interesting factor is that Glo is still in the business of investing in the industry despite excruciating economic realities in the country. 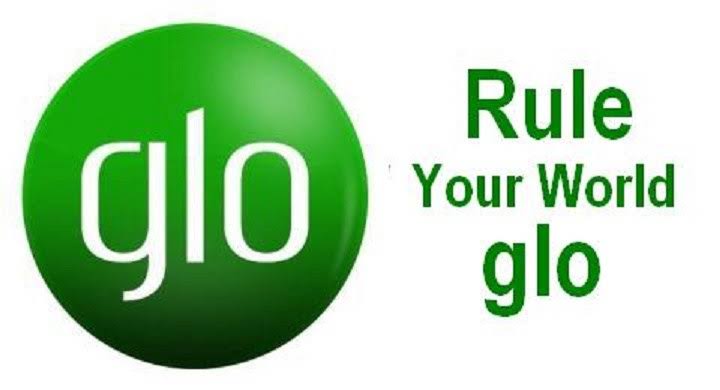 One area Glo has done impressively well is in its sponsorship of talent hunt shows. Nigeria is a reservoir of talents when it comes to entertainment. Having talent potentials and harnessing them are totally two different things. Like treasures buried in the ground, it takes resources and skills to mine and refine talents. Chief Mike Adenuga, having successfully excelled in the world of crude oil explorations via ConOil Producing Limited, understands nitty-gritty of talents discovery and spotting hidden treasures, especially as it effects our youths. 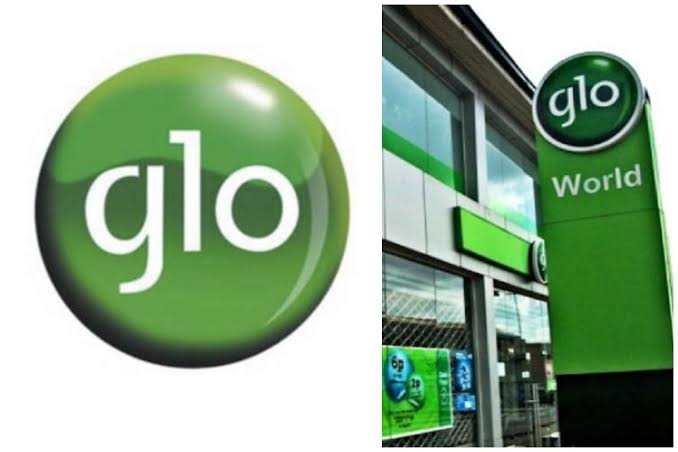 This explains Glo’s humongous investments in talent hunt shows in the last eighteen years. Examples: Rock ‘n’ Rule, GloNaiga Sings, Laffta Fest, and the world number one music singing talent reality TV show, X Factor, which birthed in Africa for the first time in 2013. Others are Slide and Bounce concert, an entertainment tour which went round all the geopolitical zones of the country as well as Glo Mega Music Show; another platform through which Globacom develops the music industry and entertains Nigerians.
Youth unemployment is one of the social malease bedeviling the country. Nigeria is the most populous black nation on earth. There is this school of thought that blacks are naturally endowed when it comes to entertainment, but because of years of alarming low investment in this area, talents of our youths are deteriorating with its corresponding unemployment, poverty and general despondency in the land.

Nigeria’s unemployment rate is disturbingly put at 33.3 per cent. Amongst these unemployed statistics are youth whose talents are made to lie fallow by non-availability of opportunities. Africa has not really taken investment in music vis-a-vis entertainment industry seriously. American economy gains an average of $19billion annually from revenues generated via its music industry alone. Its film industry—Hollywood, is estimated to worth close to $150 billion dollars. The market size, measured by the revenue, of the Arts, Entertainment and Recreation industry of the U.S. is $275 billion in 2021.
How do we expect to solve challenges of insecurity and limited economic opportunities when many of youth are still wallowing in the wilderness of cluelessness and lack of talent developmental opportunities. Globacom is redefining standard and restoring hope to the forgotten youthful demography. The mobile number operator recently opened floodgates of opportunities for the youth in the music industry, especially those with dancing ability.

Globacom through its sponsorship of the world’s biggest dance reality TV show, “Battle of the Year” being hosted in Nigeria, like a skilled explorer, is set to discover great talents again, by giving the youth opportunity to showcase their dancing dexterity to the world. According to Globacom’s Communications Director, Andre Beyers who spoke recently at the unveiling ceremony was quoted as saying.
“In line with our commitment to promoting the Nigerian entertainment industry and youth talent development across the country, we are excited to unleash the unlimited potentials of Nigerian dancers and provide the platform for them to show their abilities on the world stage”. He added that N84 million prize money await the winners of Glo Battle of the Year and an opportunity for the winners to represent Nigeria and display their talents at the global dance competition.

The Battle of the Year competition began in Hannover, Germany, 20 years ago. It is an annual international competition widely regarded as the “World Cup of Breakdancing”. Glo has shown keen interest in the growth of the nation’s entertainment industry. As part of activities that marked its 18th Anniversary, it launched a new online streaming app called GloTV. It is an innovative TV streaming service on Android, IOS apps and web for watching live linear TV, video on Demand and Catch-up with premium content.
Despite its massive investment in the entertainment industry, Globacom’s eagle-eyed vision of “Building Africa’s biggest and best telecommunications network” is still on full course. In other to keep giving its subscribers value for their money via improved Quality of Service (QoS) and to reach Nigerians in far-flung corners of the country, Glo recently entered into a strategic partnership with Eutelsat Communications.