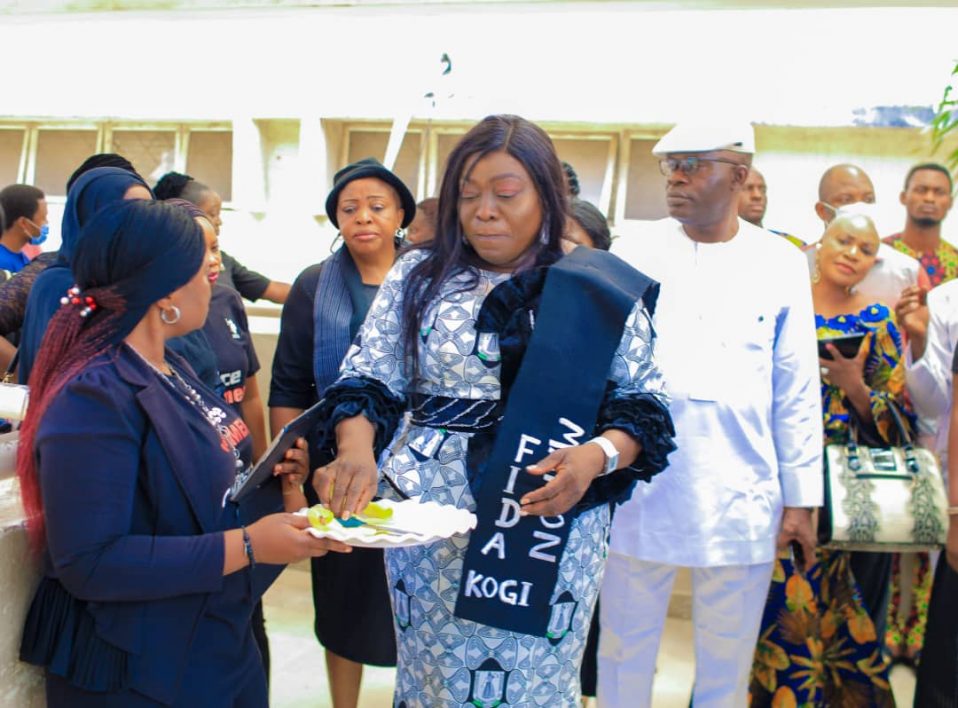 The Chairperson of FIDA in Kogi, Barr. Lilian Ajuma Okolo, disclosed this at the commissioning of the renovated maternity ward in KSSH, as part of activities to celebrate the 2021 Internatonal Women Day (IWD).

She noted that the commissioning of the maternity ward by FIDA, was to commemorate this year women’s day, and to celebrate women and mothers.

She explained that the rehabilitation of the ward at the state hospital, was the brain child of FIDA with the support of Mrs Mary Titilayo Eboh, a Philantropist, Matron of FIDA and founder, Blessed Hope Foundation who has been consistently reaching out to the Vulnerable and orphanage homes within the country.

Okolo added that with the assistance of the Matron, Mrs Titilayo Eboh Mary, FIDA was also able to renovate electrical fittings, donate chairs and other maternity essentials and consumables to the hospital.

Okolo explained that the importance of IWD cannot be over emphasised, stressing that in spite of the potentials of women in the society, they have continued to face series of challenges ranging from sexual harassment, violence, oppression and stigmatisation.

She, therefore urged the State House of Assembly to expidite action to pass into law the Violence against Person Prohibition bill.

According to her, the violence against person prohibition bill is currently at its committee stage in Kogi House of Assembly, and there is need to replicate the law in State as matter of urgency.

She stressed that this became imperatives as a result of numerous challenges facing womenfolks in the society especially the indigent and vulnerable women.
“Going by the words of Hillary Clinton, former Secretary of State and first woman nominated for U.S. President by a major political party, who said “We need to understand that there is no formula for how women should lead their lives.

”That is why we must respect the choices that each woman makes for herself and her family.

”Every woman deserves the chance to realize her God-given potential”.

”It is against this backdrop that the 2021 international women day according to many Nigerians, is apt in views of the current COVID-19 pandemic ravaging the world today”, she said.

Okolo, therefore urged women in the country to challenge all forms of inequality and discrimination.

Also speaking; the Director General Kogi State Office of the Public Defender and Citizen’s Rights Commission (PDCRC), Barr. Zakari Abdullahi, urged women to stand out and fight for their right.
Zakari noted that women over the years had suffered series of deprivations, stressing that the 35 per cent affirmation was far from being achieved by successive government in the country.

On her part, Barr. Tina Tims Ejiga, FIDA Coordinator North Central Zone, and past Chairperson in Kogi, described the 2021 IWD celebration as quite challenging, but commended the government for always supporting FIDA’s programs and activities.

‘According to her, it is important to note that all nations that have achieved it pick globally, get there through the immense contributions of women whose efforts to nation building cannot be quantified.