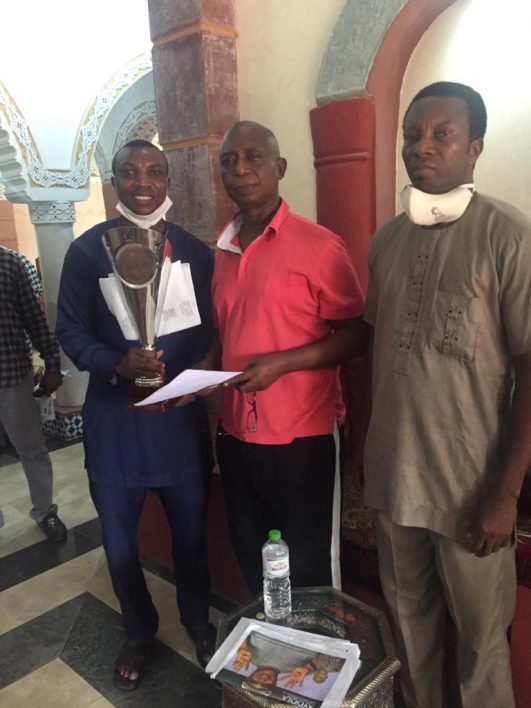 Prince Hon Ned Nwoko, President Ned Nwoko Foundation has unveiled the Ned Nwoko Anioma Cup 2021 in Delta State.The Star Prince of Anioma, philanthropist and great lover of sports commended the organizers of the sports tournament, Sporting Star Nigeria in conjuction with Mackjus Consult for the foresight in puting up the tournament for Anioma Nation and promised to sponsor the tournament which will create avenue to discover Anioma talents in football..Prince Hon Ned Nwoko described sports as a unifying factor among the people and thanked them for the choice of Anioma Nation for the tournament. He gave an insight on sports development in the country and need to train budding talents in sports which prompted him to establish the Stars Sports University, Onicha ugbo, Delta State.In his speech, Amb Moses Ebahor, the tournament Director, extoled the glowing virtues of Prince Hon Ned Nwoko in sports development, philanthropy and nation building.

He promised that the tournament will provide opportunities for Anioma youths to showcase their talent in football and gave assurance of a level playing ground for all the participating teams. In the delegation was Mr Sunny Onyia and other members of the organization.

Meanwhile, a press conference on the tournament with sports journalists will hold in Asaba on Wednesday next week.