Investiture Of HRH, Dennis Ainabel Iseghohimen As Patron Of NAOSRE 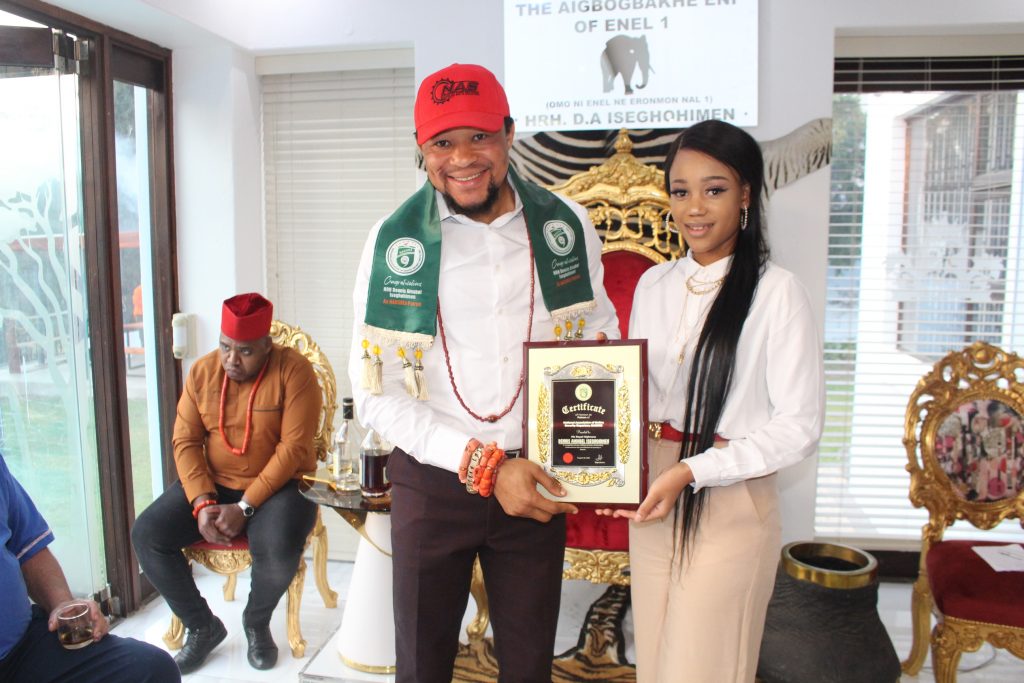 His Royal Highness, Dennis Ainabel Iseghohimen (King Brutus), the youngest Nigerian king in Johannesburg, South Africa, has promised to do all in his capacity to change the situation of Nigeria Security in international events in quest to win better position for security of lives and properties in the country.

His Royal Highness made the pledge Sunday 29th, August 2021 at his investiture ceremony as new Patron of the National Association of Online Security Reporters, NAOSRE, which held at the Royal River Palace, Johannesburg Kingdom of the Monarch

Few of the eminent personalities who have been inducted as the association’s Grand patron in such ceremony are; Billionaire philanthropist, Prince Chinedu Munir Nwoko and the Immediate past Chief of Army Staff, Lieutenant General Tukur Yusuf Buratai.

His Royal Highness, King Dennis Iseghohimen said that Induction of the distinguished and eminent persons as Patrons and Grand Patrons of the association will bring a positive change to Nigerian security.

President of National Association of Online Security Reporters, NAOSRE, Mr. Femi Oyewale applauded the selection process that led to the identification of the iconic and deserving personality in diaspora who will carry the ambassadorial banner as Patron.

“As a grand patron, His Royal Highness, Dennis Ainabel Iseghohimen is expected to play an advisory role in guiding the leadership of NAOSRE in key security information dissemination for a safer Nigeria” He said.

Also, Bamidele Adeyemi, who is also an Executive member of the association highlighted the philosophy and expectations of Nigerians, noting the qualities of patrons, will and mind to positively impact the humanity.

Here are more beautiful faces at the event…