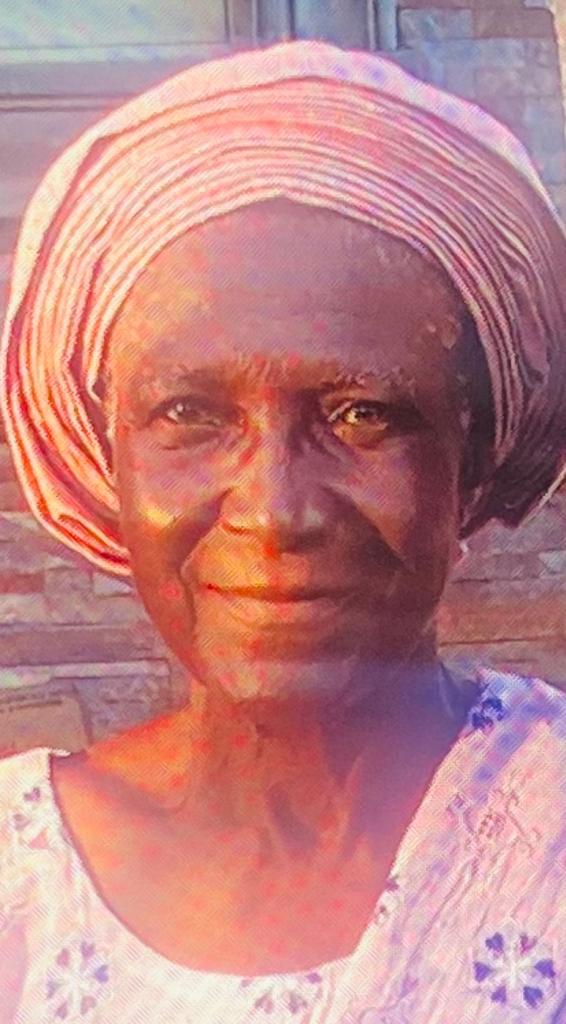 *Her Birth and Educational Background

She had her elementary school at Methodist Central School, Agila between 1955 and 1960. Because of her brilliance and passion for academics even at that very tender age, she was taken out of the Agila village to Wesley Girls School, Otukpo where she had her post-primary school education between 1961 and 1963.

Due to her intrinsic zeal for education, she attended Women Teachers College, Kabba between 1964 and 1968 where she obtained a Teachers Grade Two Certificate.

She took a step further and enrolled into Advanced Teachers College, Kano (an affiliate of the Ahmedu Bello University, Zaria) between 1971 and 1974 where she obtained a National Certificate in Education.

By implication, she was the first Agila female to attain this educational height. She did not stop at this attainment; she attended the Ahmedu Bello University, Zaria for her degree programme between 1974 and 1977 where she had her B.A(ED) English and History with Second Class Upper Division.

There is no doubt; these educational attainments showed that she was an educationist par excellence. Upon finishing her first degree from the Ahmedu Bello University, Zaria in 1977, she was mobilized by the National Youth Service Corp in the same year when she served the country in Ogun State.

Immediately after her national service, she was employed by the Benue State Government and posted to the Ministry of Education where she worked in different directorates, departments and agencies within the ministry and rose through the ranks until she transferred her services to National Teachers Institute, an agency of the Federal Government of Nigeria.

She was the Director of National Teachers Institute, Benue State Office until she voluntarily retired from the services of the Institute in 1993. One thing is certain about her public life, she had a zero tolerance to corruption, and was a disciplined civil servant.

Her famed religious disposition strongly provided the ideological lens for inter-personal relationship with colleagues in the course of her civil service career and engagements.

She won several awards in service among which is the ‘most upright staff,’ ‘the most honest staff’ of different years.

While in service, she attended many conferences and workshops to boast her capacity as a resourceful staff.

Her appointment was informed mainly because of her zero-tolerance to corrupt practices and godly attitude to public and private life. Because of her passion for education, she was a part-time lecturer with Federal University of Agriculture, Makurdi where she taught courses related to educational administration and planning, and sociology of education for some academic sessions. Business and Corporate Engagements She engaged in several businesses including agricultural ventures, trading of many commodities.

She was the Managing Director of Impress Enterprises Nigeria Limited, a corporate entity that she incorporated in 1982 and used the company to execute several contracts for the Federal Government of Nigeria, and some State Governments. She was to be best described as a wealth creator.

Religious and Ideological Inclination Agila has lost a prominent woman, Mama Ezegwu Ebere Ochoga was a pillar in many ways, the first modern independent and self-sufficient Agila lady.

She was the second Agila female university graduate. Indeed, a sad day. She was a fiercely independent, yet gentle woman and a trailblazer in more ways than one. She will be missed.

She was an excellent educationist. Until she slept in the Lord, she was a Minister of our Lord Jesus Christ with the Mountain of Fire and Miracle Ministry where she served as the Minister in-charge of Search the Scripture.

She was a true preacher of the Gospel of Jesus Christ. She was a pioneer active member of Mountain of Fire and Miracle Ministry in Benue State from the inception; she lived her life for the church and by the church till the end.

What a lifestyle to emulate by all and sundry! Indeed, her public and private life principles were derived from the Holy Bible. She lived by the Bible and with the Bible throughout her seventy eight years on earth.

Her effort to Christianize the Ai-Ochoga family and the general development of the family will remain in our heart forever. Indeed, her demise has created a big vacuum.

Mama’s hobby was church activities, writing and farming. She was an epitome of wisdom and life generally. Those who had close contact with her can attest to this quintessential quality of hers.

She was a generous woman. Charity was her hubby too. There is no doubt that she greatly impacted people without considering their family background. Family life She was married to late Justice A.P. Anyegbe, and she is survived by children, grand-children, great-grand-children, many brothers and sisters.

Her Last Moment Mama was a very strong and healthy woman throughout her seventy eight years on earth. Her illness started in March,2022 and since then ,she has had adequate and comprehensive medical care with the support of family members and friends.

If money gives life, mama wouldn’t have died because funds wasn’t a challenge. The antecedent of her last few hours on earth is a confirmation that she is in heaven with our Lord Jesus Christ. She spoke in tongues until she could not talk any more. Her last song reads, He is alive amen, Jesus is alive forever is alive, amen… She died peacefully on 23rd August, 2022 at Madonna Hospital Makurdi, Benue State.

Certainly, as she is being laid to rest on the 16th September, 2022, her death and funeral services call for sober reflection for us the living.