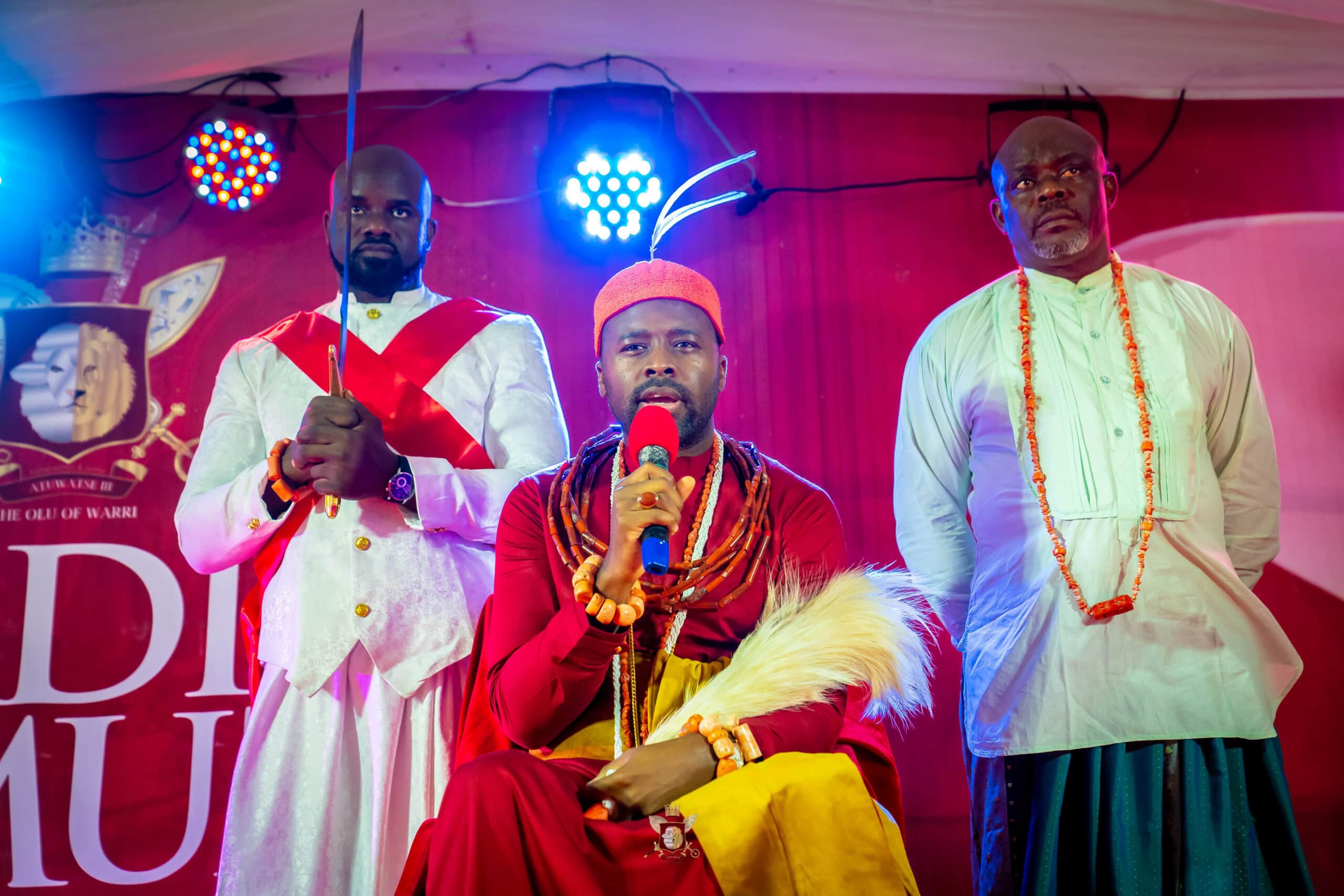 President Muhammadu Buhari has announced to confer the National Award of Commander of the order of the Federal Republic of Nigeria on Ogiame Atuwatse III, the Olu of Warri on Tuesday 11th October.

The conferment notice which was signed by the Honorable Minister om Special Duties and Inter-Governmental Affairs, Sen. George Akume.

The Olu of Warri will join other prominent awardees found by the federal government worthy of the National Honours.

The award for the highly rated first class monarch is coming barely a month when Dotcom Communication the Publisher, Pleasure Magazine equally honored Ogiame Atuwatse III with Humanitarian Royal Father of the year Award for his Humanitarian contribution since his emergence last year as the Olu of Warri at a well attended event at Transcorp Hilton hotels Abuja.

Also sometime in June, Olu of Warri was presented with the key to the City of Brampton by Mayor Patrick Brown in Canada during Ogiame’s 6 days visit to drive foreign direct investment to Warri Kingdom.

“The investiture ceremony is scheduled to take place at the International conference centre , ICC, Abuja on Tuesday 11, October, 2022 at 9am.

“All awardees are required to forward one page citation and current passport photograph”.