Capt Hosa, Others To Be Honored By Forbes Best of African Award. 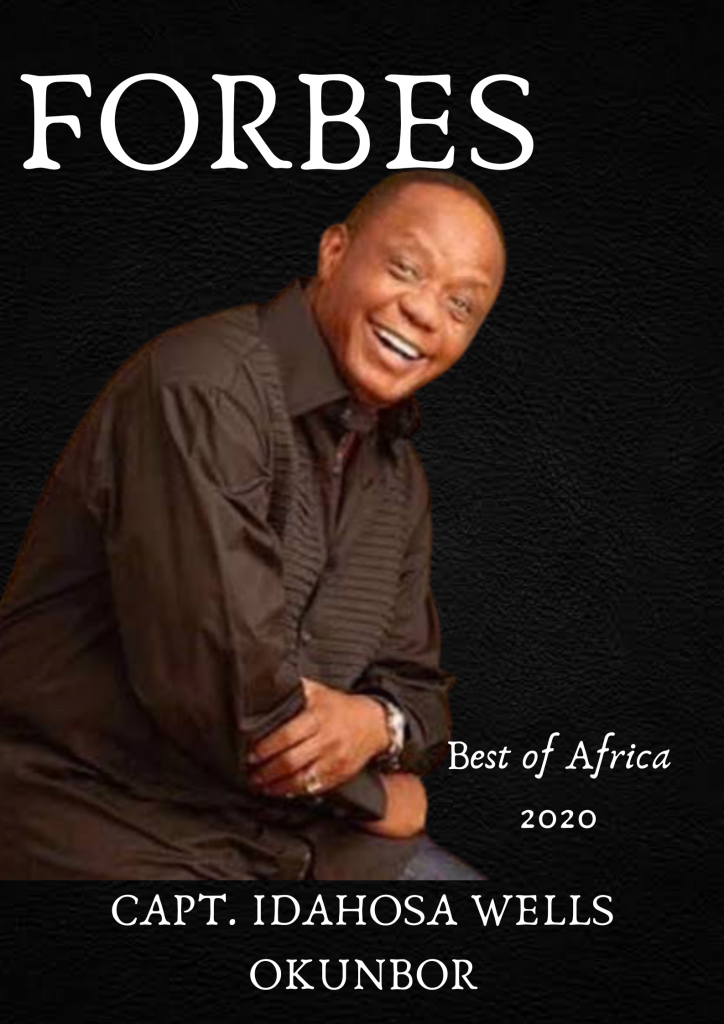 A golden fish does not have a hidden place no wonder It is going to be yet another day of Glory for Edo born business mogul, Capt Idahosa Wells Okunbo, the Chairman of Ocean Marine Solutions, OMSL, who will be honoured with the Forbes best of Africa awards.

Captain (Dr.) Idahosa Wells Okunbo, JP is a Nigerian Billionaire business magnate, philanthropist and key investor in Nigeria economy.
Idahosa Wells Okunbo began his career as a professional commercial pilot. “Captain Hosa”, at 30 years of age he left his job as a pilot to go into business in the oil and gas sector focusing on procurement as an area of core competence.
Today, the broad range of his business portfolio spans Marine Security, Marine Logistics, Property and Real Estate, Hotel and Hospitality, Aviation, Entertainment, Energy, Power, Telecoms and Agriculture.

The Edo born Okunbo has made contributions to charitable causes all over the world. It’s worth to note that on Saturday, September 21, 2019, in Geneva, Switzerland, Okunbo was bestowed with the Global Peace Award from the chairman of the Order of Lafayette Awards, “in recognition of his efforts in global peace and business innovations.” And in March 2017, he received Businessman of the Year award at the ‘2016 Vanguard Personality of Year Awards’. Okunbo received the Africa Titans Award in 2012, from the Congress of the United States in collaboration with the African Society Summit, in recognition of “strides on behalf of Africa in the international arena”
Cappy has he’s fondly call by his admirer and being among the few to be honored by Forbes Best of African Award is to show that indeed “a golden fish does not have a hidden place” .