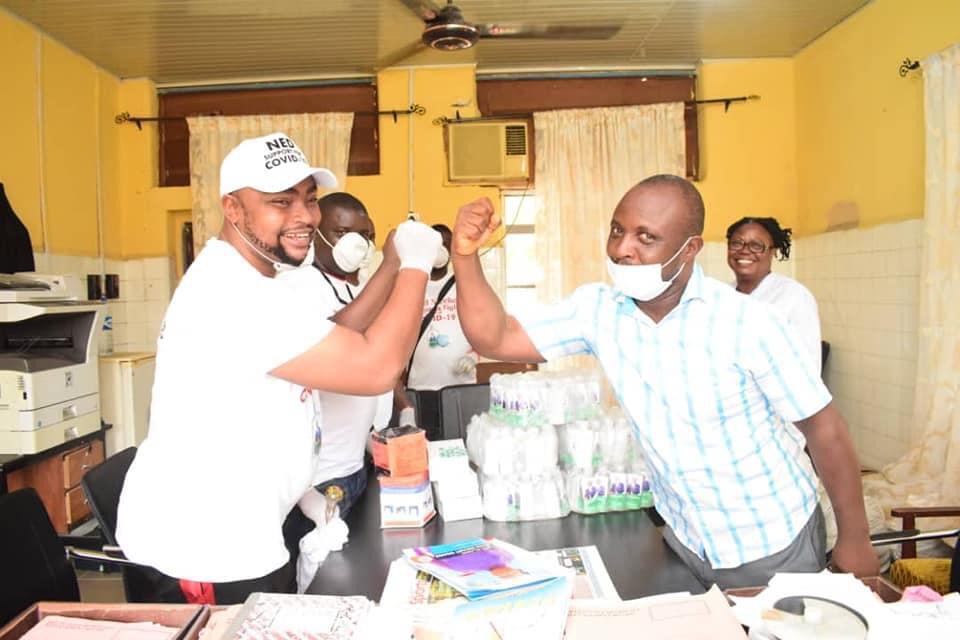 Foremost philanthropist and international legal luminary, Prince Ned Munir Nwoko yesterday began the distribution of materials that will aid in the battle against the Novel Corona Virus.

Making the presentations on behalf of Prince Ned, convener Ned Nwoko volunteers, Snr. Comr. Idi Presley Ifeanyichukwu who coordinated the distribution of the items in Ndokwa Nation explained that Prince Ned Nwoko in his usual philanthropic style deemed it necessary to not only educate delta northerners about the dangers posed by the Novel Corona Virus but also provide them with means to protect themselves from the virus, hence the massive donations today.

Speaking further, Comr. Presley stated that these donations, first in a series of batches is aimed at ensuring people in the hinterlands and rural areas get access to these items which has hitherto been elusive.

He admonished staffs and management of the hospitals visited to ensure that the items get to those who has the greatest need for it.

He rounded up by assuring them that when the next batch of items comes in, more will also be sent in, adding too that he has taking into account their demands and will communicate back to his Principal, Prince Ned Nwoko. Its worth to know that the federal capital territory Abuja will tomorrow 1st April benefits from free relief materials distributions to the people in outskirts of the city who could not afford these relief materials to combat Covid-19.

Prince Ned, who is also spearheading the campaign for the eradication of malaria in Africa, a project which he committed 750 million naira into, promised to do more until the Novel Corona Virus is gotten under total control.