EDO2020 AND THE ECONOMICS OF GOVERNANCE: 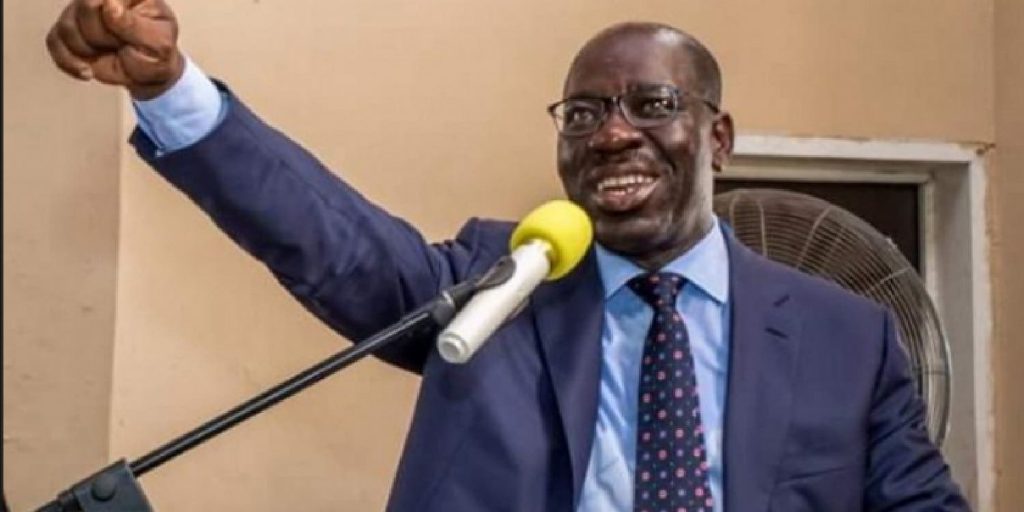 “Everything rises and falls on leadership”~ John Maxwell

One of the most common debates in Nigeria in recent times is who to blame as regards the state of affairs of the nation. While the followers blame the leaders, the leaders think that both sides of the divide have a fair share of the blame-both leaders and followers. However, from the deep thoughts of a renowned leadership coach and author, John Maxwell, one cannot underrate the influence of having the right leadership concerning the rise and fall of any institution or organization.

As we go to the polls in Edo State come September, there is a growing concern as to which of the candidate would give the state the needed leadership that would yield shared and sustained economic growth. The propaganda machineries of Governor Godwin Obaseki have for some time controlled the narrative in making the people believe that the incumbent is thriftier and as an ‘investment banker’ is more suitable to give the state the needed leadership. This propaganda worked for him four years ago because there was nothing to measure his capacity, his ‘neophytic’ disposition paid off. Unfortunately, the time has revealed his real capacity and as a Governor for the last four years, there are clear KPIs (key performance indicators) to rate his performance and the results are not pleasant.

One of the acclaimed strong points of this administration had been its ability to raise the Internally Generated Revenue (IGR) of the state. Though it has been at the expense of the people, as multiple taxation and imprisonment became the norm; it is still fair to commend the government for being able to generate revenue. The irony now is that the government that has raised so much fund is the one with the least number of projects and an alarming debt profile, leaving the question begging for an answer; ‘where have the revenues gone to?’

It is on record that under this government, most for the first time,we recorded developments that negatively affected the image of the state and dwindled the socio-economic dividends that the people anticipated. Some of these developments include – the shutdown of Colleges of Education across the state; no direct employment via the state civil service; no major infrastructure that would gulp the state resources; the health sector got the lowest funding since we returned to democracy in 1999, a legislative arm with more than half of her members not sworn in; security agencies abandoned and left without arms and utility vehicles to aide their operations.

We also had the situation where Commissioners were using fairly used cars; Senior Special Assistants/ Advisers and Special Advisers appointed and operating without offices nor utility vehicles. The government argued that all these developments were triggered to cut down the cost of governance. Besides these decisions being a penny-wise pound-foolish ones, the State has swelling and spiralling debt profile! No doubt, the leadership is over its head and far short of the ability to lead well. The government has had four years to convince Edo people but it has failed woefully to lead.

What is also interesting is that while the government makes other people to starve and make sacrifices, it andher cronies are feeding fat on state resources! The Governor has not cut his security votes on economic grounds neither has he stopped his entitlement, though legal, as a contribution to the economy of the state; he only remembers to cut costs when it affects the people. Governor Obaseki’s understanding of the economics of governance can be likened to a mad man who burns down his house because it was dirty and wanted to keep it clean. Or how do you explain the economics of removing the power generating sets that should power streetlights on the excuse that the recurring cost of diesel was too much, only to spend twice as much in curbing the insecurity that ensued?

The shutdown of the Colleges of Education across the state on the premise that the state was not financially buoyant enough, which has led to lay-off and the loss of hundreds of jobs is discordant with the promise to create 200,000 jobs.Aside from failing to create jobs and empower people, the government is also refusing to pay salaries to those in her employ.Now, how do you explain the economics of engaging men and women as assistants and advisers to help you deliver the dividends of democracy to your people and you refuse to give them working tools? No matter how little the amount you pay them, it is a colossal waste of the limited resources because they are not performing and cannot perform without the right working tools and conditions.

With due respect to the incumbent Governor, his actions seem to confirm the description of his administration as a scam. Otherwise, how does one describes a government that is not aware of the legislative bottlenecks that would impede the actualization of the proposed seaport when he spent over four hundred million Naira of taxpayers’ money junketing around the globe in the disguise of scouting for investors for the seaport? Or does he think the people are not aware of how he treats Commissioners and aides who are indigenes from the state with disrespect and disdain, while foreigners who he imports as contractors become lords over us?How does the Governor explains a situation whereby a contractor will skip the desk of the Commissioner and report directly to the Governor and when the chips are down when the masses start calling the government over the shabby jobs carried out by the contractors, he will then mandate the Commissioner to defend the government in front of the masses?

Edo state cannot afford to have someone who is not only ignorant but also unwilling to learn to preside over the governance of this state. Godwin Obaseki had been given the privilege to learn on the job, and his crass arrogance has made him declare those who would have guided him from their wealth of experience, as enemies. Time lost they say, can never be regained; be that as it may, we must ensure that we don’t make the same mistake so as not to lose another four years. The state is in dire need of an experienced administrator that has a good grasp of governance, and also understands the socio-political yearnings of the people.

The SIMPLE Agenda manifesto of Pastor OsagieIze-Iyamu has made the search easy. It is one thing for someone to say I have the experience; it is another for the said experience to reflect in the words and actions of the person during engagements. Pastor OsagieIze-Iyamu does not need to constantly remind the electorates of his leadership pedigree as a former Chief of Staff in the state and a former Secretary to the State Government (SSG). The compilation of the SIMPLE Agenda manifesto that provides easy-to-read, depth and lucid details is a testament to that. The simplicity and ease with which he enumerated the challenges in the state and proffered solutions speak volume of his understanding of the state and the constitutional powers of the office he seeks to occupy.

The SMART appraisal mechanism with clear KPIs attached to the goals and objectives shows that he is ready to be held responsible and accountable if he fails to meet up with the specified deadlines. That itself is the emblem of great leaders- accountability!

Edo people must rise to the occasion in setting the pace for the nation as a people who cast their votes based on the competence of the candidates and not on primordial sentiments like ethnicity, religion, or party affiliation. We must not repeat the mistake of 2016, as we now have the rare privilege of rating the incumbent. We have seen his results, and the failure is visible to all and sundry. It is Correction 2020 and we are on the march to MOVE EDO FORWARD!