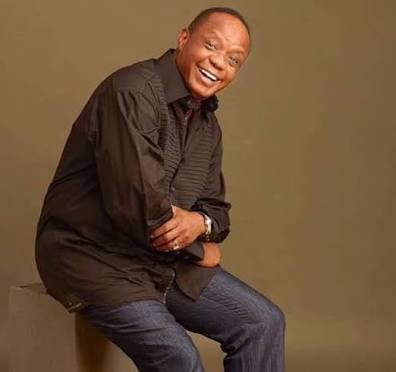 The New Nigeria Collective (NNC) group has dismissed the Edo State Governor, Godwin Obaseki, as an incurable liar for failing to own up to his acts of ingratitude and cruelty to Captain Idahosa Wells Okunbo.

This followed his recent outright denial of everything accused him of in his reply to Captain Okunbo’s letter to President Muhammadu Buhari and the people of Edo State on the state of the state preparatory to the September 19 governorship election.
In a press release signed by its chairman, Adeola Adewunmi, the group, which described Obaseki as an incurable and habitual liar, said Captain Okunbo’s detailed letter advertised in a majority of the key national dailies on Monday, painted a vivid picture of the governor’s crimes against him, citing places, names, witnesses and dates.

This, the group maintained, was an indication of a man, who came clean to the public with all the facts before him, unlike Obaseki, who only resorted to emotional blackmail and danced round the issues without paying attention to the clearly identified issues.

“We read with absolute shock and its resultant helplessness, albeit momentarily, all the lies put together by Governor Godwin Obaseki, in an attempt to look good before the public against the well documented grouses of one of Benin’s great and illustrious sons, Captain Idahosa Okunbo.

“We are quick to note that your reply is a cocktail of lies and an afterthought, which is of no consequence. Where were you when your men, armed with falsehood and deceit, were throwing stones at Captain Hosa? If truly he was your brother or friend as you claimed, did you ever reach out to him even after he said at different times that you and your men should leave him alone?

“Why didn’t you also confirm to the whole world that Captain Hosa was your brother and friend by asking your foot soldiers to stop all their attacks against him, at least, after you saw a letter he personally wrote and addressed to the public? But after that, the attacks escalated.

“You are but a very wicked man trying to draw the sympathy of the public. You brought down the hotel of an innocent citizen, who once supported you just, because you couldn’t get his support this time around and sent your agents on a bombing spree of perceived and real political opponents and more,” the group alleged.

According to NNC, the governor also went further, using his libelous claims through his Special Adviser on Media and Communication, Crusoe Osagie, without any iota of proof and that exposed the modus operandi of the state, which he stated, automatically brought to naught, his reply to Captain Hosa, intended to draw up sympathy.

“With Crusoe, Adaze and one Lukeman still on rampage against Captain Hosa for unsubstantiated claims on various social media platforms, the governor must be delusional to have written such a letter just to attract the sympathy of the unsuspecting public. But that’s no more.
“Deep down in his conscience and before God, Obaseki knows that all Captain Hosa stated in his statement were true and if he was actually his friend or brother, he should have also known that the Captain does not tell lies.

“As a major stakeholder in Edo State and your brother and friend as you claimed, did you ever tell him you were interested in a second term and therefore needed his support and vote? Anyway, we can say unequivocally that Captain Hosa is ready and willing to face the consequences of his choice as indicated in your letter.”
The group further noted with disdain, Obaseki’s penchant for calling Oshomhole a godfather and yet was the greatest beneficiary of that status he so conferred on the former national chairman of the All Progressives Congress (APC).

“As the economic adviser to Oshiomhole for eight years, why did you not resign your appointment since you said you did it pro bono, especially if the man was evil as being painted now the same way you are trying to paint Captain Hosa with lies.

“Captain Hosa could only have supported the truth and nothing but the truth, rather than draw him into an ethnic war with Oshiomhole, who is more Benin in mind and actions than yourself, because you had nothing to offer him like the carrots you were throwing at others after making them hungry and creating poverty in the land,” the group posited.

Restraining from mentioning the names of people allegedly at Obaseki’s house the day he made the ‘embarrassing phone call’ that exposed his evil plots against Okunbo, “because of the enormous respect we have for such individuals”, the group said, “But if you strongly contest it, we will be very glad to summon witnesses to court to prove the allegations.

“Besides, don’t forget that the receipts of the tickets that captain Hosa bought for you to China are still with him as evidence? Why, therefore, would Oshiomhole even need you to steal Edo’s money, when he already did his eight years?

“We make bold to say Oshiomhole did more infrastructure developments than your propaganda of the last four years, orchestrated by some young men, who need genuine help but whom you have hired to be abusing their elders in the name of politics? Politics has never being played this way before in Edo State. This is the lowest and thanks to you, Governor Obaseki.”

It would, therefore, be delusional for Obaseki to think Captain Hosa would reckon that his poorly written letter was in good faith, when indeed, it was a deceit intended to once again mislead the public and attract undeserving sympathy in his desperation for a re-election, the group claimed.