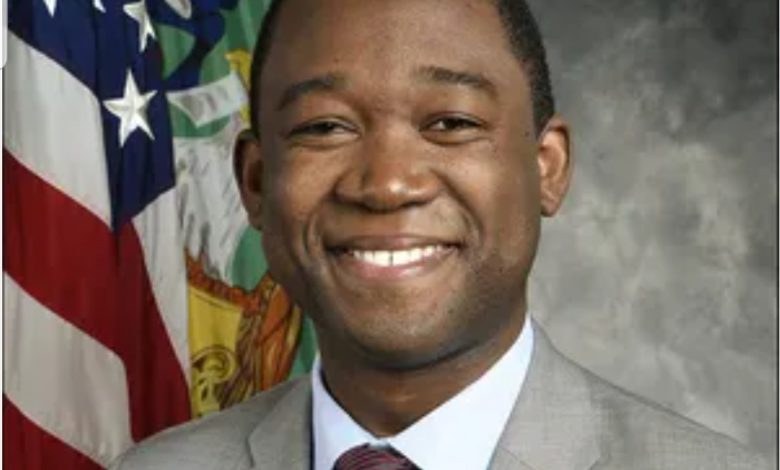 United States President-elect Joe Biden is expected to appoint a Nigerian-born attorney, Adewale “Wally” Adeyemo, as the country’s Deputy Treasury Secretary.Biden had faced criticism for the lack of diversity in his first round of hires but he now plans to announce three people of color for leading positions on his economic team.

According to the Wall Street Journal, people close to Biden’s presidential transition says he plans to appoint former Federal Reserve Chair Janet Yellen, to lead the Treasury Department.The president-elect is expected to name Cecilia Rouse, an African American economist at Princeton University, to lead the Council of Economic Advisers.

Also, Biden is expected to name Neera Tanden, president of the liberal think tank Center for American Progress and a former senior policy adviser to both Barack Obama and Hillary Clinton’s presidential campaigns, as director of the Office of Management and Budget. Tanden is Indian American.Biden also plans to name longtime economic aides Heather Boushey and Jared Bernstein to serve on the CEA, according to people familiar with the plans. Both Boushey and Bernstein are white.Yellen would be the first woman to lead the Treasury Department.

Adeyemo, who as a child emigrated to the U.S. from Nigeria with his family, would be the department’s first Black deputy secretary. Rouse would be the first woman of color to chair the council, while Tanden would be the first woman of color and the first South Asian woman to oversee OMB.Adeyemo, who has served since 2019 as president of the foundation of former President Obama, worked as a senior adviser for BlackRock from 2017 to 2019, including as interim chief of staff to Larry Fink, the company’s chief executive and chairman.He worked during the Obama administration as the Treasury Department’s lead negotiator on the currency agreement that was part of the Trans-Pacific Partnership trade deal, and on the response to sovereign-debt crises in Ukraine and Greece.In 2010, the Nigerian-born attorney was one of the first officials charged with setting up the Consumer Financial Protection Bureau, where he served under Senator Elizabeth Warren, a connection likely to help him win over party progressives, WSJ reports.Obama later tapped him to serve as his deputy national security adviser for international economic affairs.“He knows the building inside and out, knows all the different policy areas Treasury does, which are wide and extensive,” said Ernie Tedeschi, a former Obama administration Treasury Department economist and policy analyst at Evercore ISI.“Between economics and finance and markets, Wally is familiar with them all.”Adeyemo was born in Nigeria in 1981 and raised in Los Angeles County, California by his Nigerian immigrant parents.He earned a Bachelor of Arts from the University of California, Berkeley and Juris Doctor from Yale Law School.