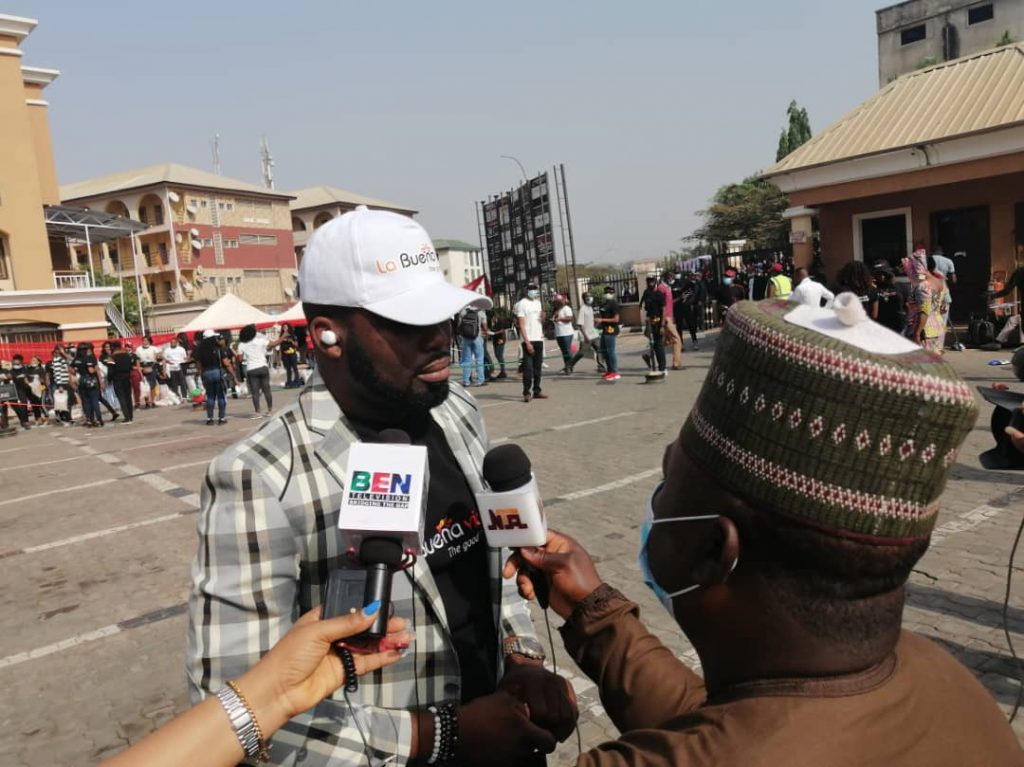 Former American President, John F Kennedy said in his famous inaugural speech “Ask not what your country can do for you but ask what you can do for your country” the quote perfectly illustrate the mind of the President, La Buena vida 2.0 Ambassador Michael Okoli when he initiated Feed the family project back in 2018, it was to feed 100 family which was good, last year 2019 was increased to 5000 families which was great but this year 2020, it was feed 50,000 family season 3 and it was Amazing going by the massive turn out of the people whose daily income and means of livelihood were affected by the economic downturn caused by Covid-19 pandemic.

La Buena vida is all about making people to live a good life in their terms. Ambassador Mike having discovered the secrets started mentoring both old and young, male and female on how to be financially independent using their social capital. Talking about ask what you can give to your country, Amb Mike has made it his vision to raise and mentor 50,000 ordinary Nigerians to become multimillionaire by the year 2024. In an exclusive interview with our Reporter he said “La Buena vida feed the family project Season 3 is about giving back to the society, we know that government cannot do everything for all the citizens so as part of our cooperate social responsibility we are given back to 50,000 family across the 36 states where we have our offices and fct” Ambassador Mike also said that it’s to show to others to reach out to people in your little way no matter how small it may be. Thousands of bags of Rice, vegetables oils, spaghetti, sachets tomatoes, milk and salt were given out freely to the people that have tickets and those that don’t. Ambassador Mike in his generosity has opened his door for anyone that wants to be part of LA BUENA VIDA PROJECT to connect with the company website http://www.entrepreneurmentor.com.ng//member and social media platforms and their offices across the Nation, this would be a game changer as you cross over to year 2021.