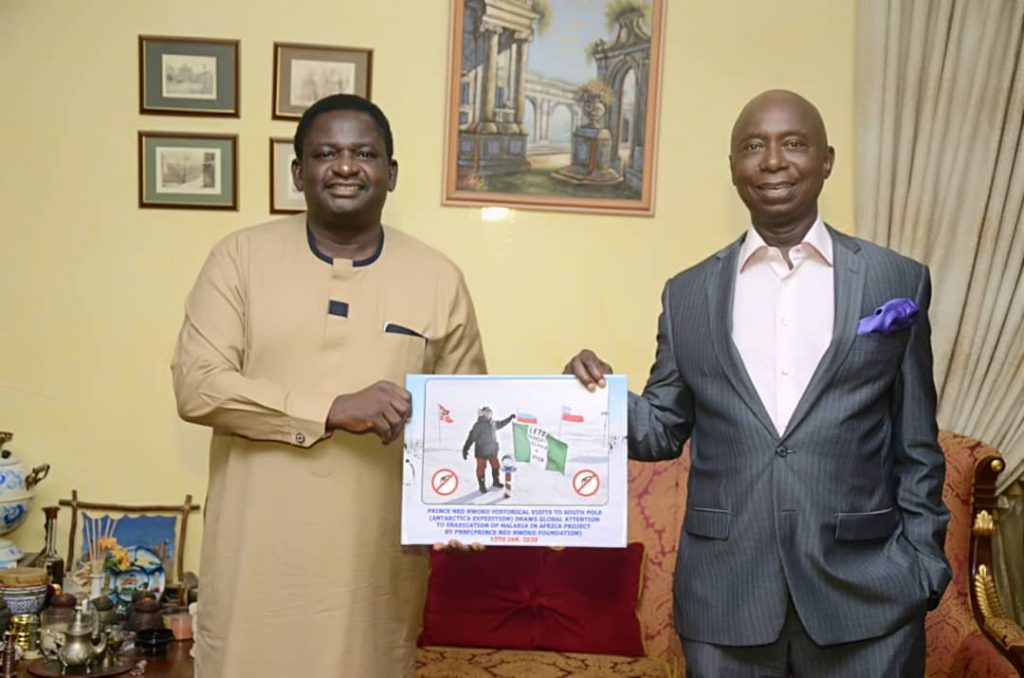 The special adviser to the President Muhammadu Buhari on Media and Publicity, Mr Femi Adesina has lent his voice in support of the approach of Prince Ned Nwoko Malaria Eradication Project in Africa. Mr Femi who was on a courtesy visit to Billionaire Philanthropist and Antarctica explorer Prince Ned Nwoko, has taken the bull by the horn to end the scourge of malaria in Africa starting with Nigeria. According to the statement signed by Media and Publicity officer to the malaria eradication project Adeniyi ifetayo. The statement read in parts

“Adesina pledged his support for the Ned Nwoko Malaria Eradication Project and also shared in the vision of Prince Ned Nwoko that the implementation of the project should be wholistic so as to have the desired results” the President spokesman concluded.
It will be recalled that Prince Ned Nwoko is proposing that fumigation of the entire country, Clean up of the environment and malaria vaccine are the best ways to eradicate malaria in Africa. Prince Ned also used the opportunity to present Adesina with a copy of Antarctica album which detailed his visits to the south pole to create awareness on the scourge of malaria in Africa where he met some scientists and hoisted the Nigerian flag becoming the first black African to do so.