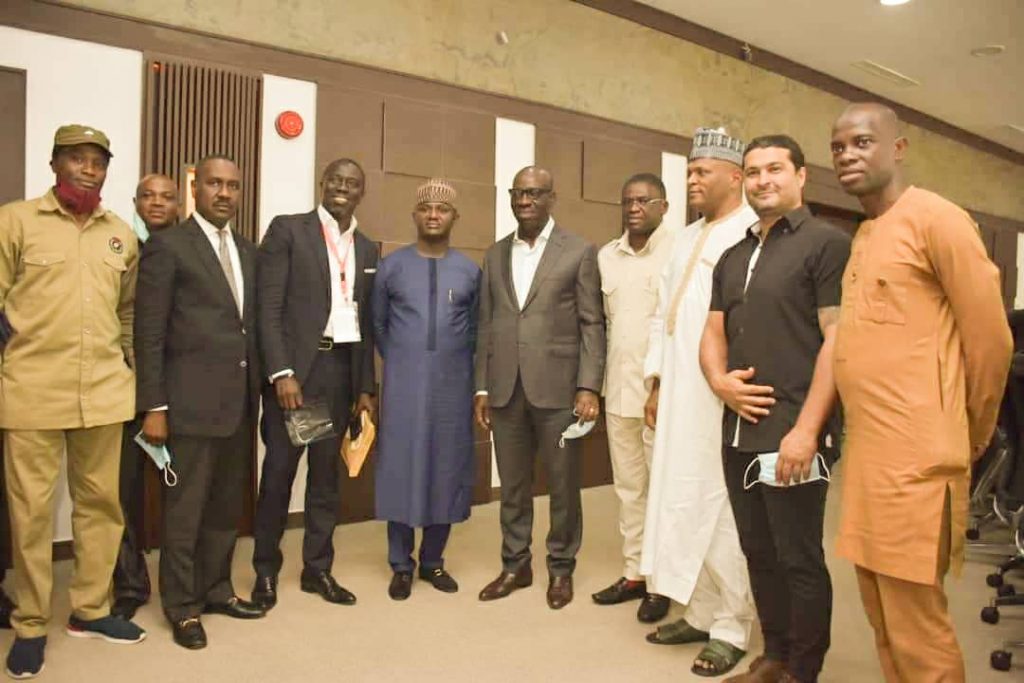 This use of chiasmus can be seen even as a thesis statement of his speech – a call to action for the public to do what is right for the greater good. This exactly describes the Founder of ACTDF, Engr Noah Dallaji in company of Mentoring Cmdt Alistair to impact the health sector and the youth of Edo State as a way of giving back to the society. The duo of Engr Noah Dallaji and MC Alistair had a fruitful discussion with the Governor of Edo state, Godwin Obaseki and his Deputy, Phillips Shuaibu.

They discussed how the youths can key into the new second term administration of Governor Obaseki and to improve the health sector service delivery in the state.The points of the discussion included how the youths can be used towards state and national development with mentorship as a core principle amongst others.Engr, Dallaji commended the effort of the state government in Health sector. He made this statement after a guided tour of Edo specialist hospital along sapele road in Benin city. He said that he was impressed that a public facility could be this clean and functional because when I came in, I thought it was a private hospital.

The standard I have seen so far is top notch and I will encourage other states government to come to Edo State and see what the government is doing in health care facility, delivery and reform so that they could replicate such in their respective states.The Project coordinator, Edo Specialist Hospital, Mr Chukwuka Monye said that the success recorded so far, was due to Performance Allowances to encourage staff and monthly training to improve their personnel. He said, we designed for 3 years : 1st year is to take care of operating expenses, 2nd year is to take care of junior staff expenses and operating expenses and the 3rd year is to take care of everyone that’s why our charges have been subsidies by government, donors and private individuals and NGO’s. On the challenges, he said “The challenge now is capacity so we want to turn our environment to mini medical city where people can have access to quality medical care and services”. We are also call on Nigeria in Diaspora to support us in their area of expertise, medical equipments and human resources.The Governor expanded on the need for science development and on mentoring the youths, promised that his government will surely include the youths in his administration. In the spirit of ask what you can give to your country and not what your country can give to you, Engr Noah Dallaji promised to use his contact to facilitate some of the needed equipment free of charge to aid medical service delivery in Edo State.Whilst speaking on protests by the youths, the deputy governor Phillip Shuaibu narrated his experiences and knowledge since the 1990s which included been imprisoned. The inauguration of Governor Godwin Obaseki 2nd term swearing in Ceremony was rounded off with Thanksgiving service yesterday at the government house with the President of Pentecostal fellowship of Nigeria, Rev. Felix Omobude leading other clergymen to thank God on behalf of the Governor and the state.