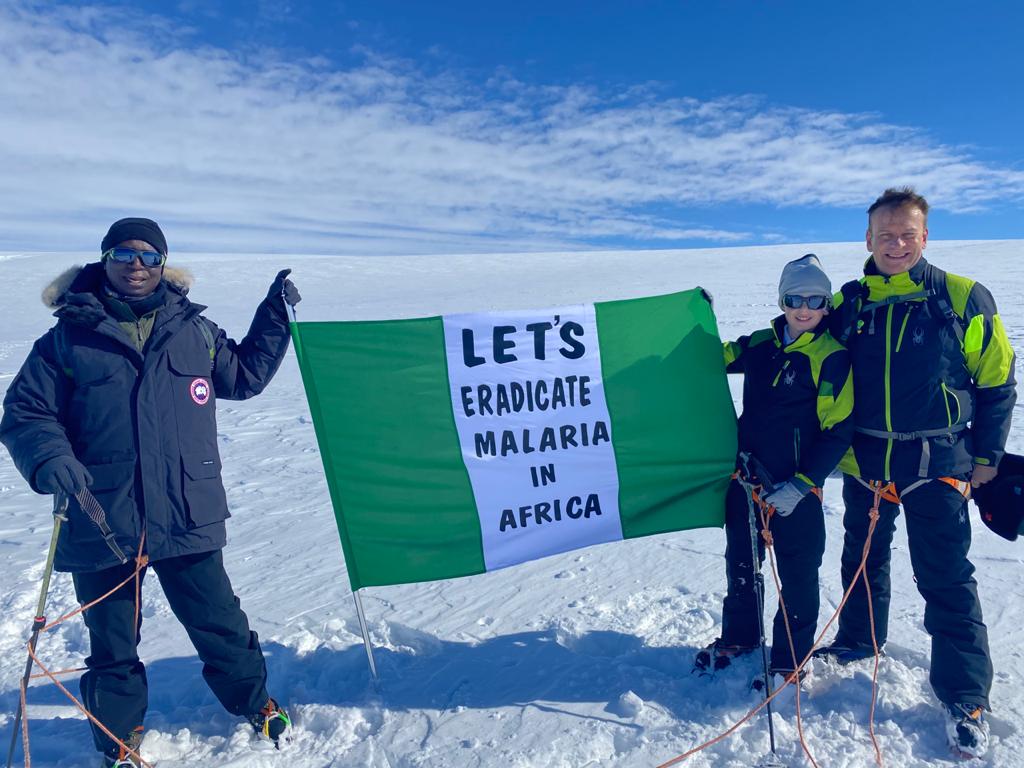 Billionaire Philanthropist and Antarctica explorer Prince Ned Nwoko releases the official teaser for his Antarctica expedition in creating Global Awareness on the scourge of malaria in Africa and in searching for a lasting solution to this deadliest disease. Prince Ned is the first black African to visit the South Pole and hoisted the Nigerian Flag there. While in Antarctica, he met some scientists and a canadian aerial fumigation company, the latter had done aerial fumigation in Florida and Malaysia. They discussed possible ways of eradicating malaria in Africa. It is worthy to note that the Founder of The first Sports university in Africa, Stars University Idumuje-Ugboko in Delta State is funding a malaria vaccine research grants to be accessed by five universities and researcher institutions across Africa. Prince Ned is also proposing the fumigation of entire country and environmental sanitation if we are to win the battle against malaria in Africa. He had fruitful deliberation with United Nation, Unesco, various ministries and government agencies as key partners to eradicate malaria in Africa starting with Nigeria. #nednwokoantarcticaexpedition #nednwoko #PrinceNedNwoko