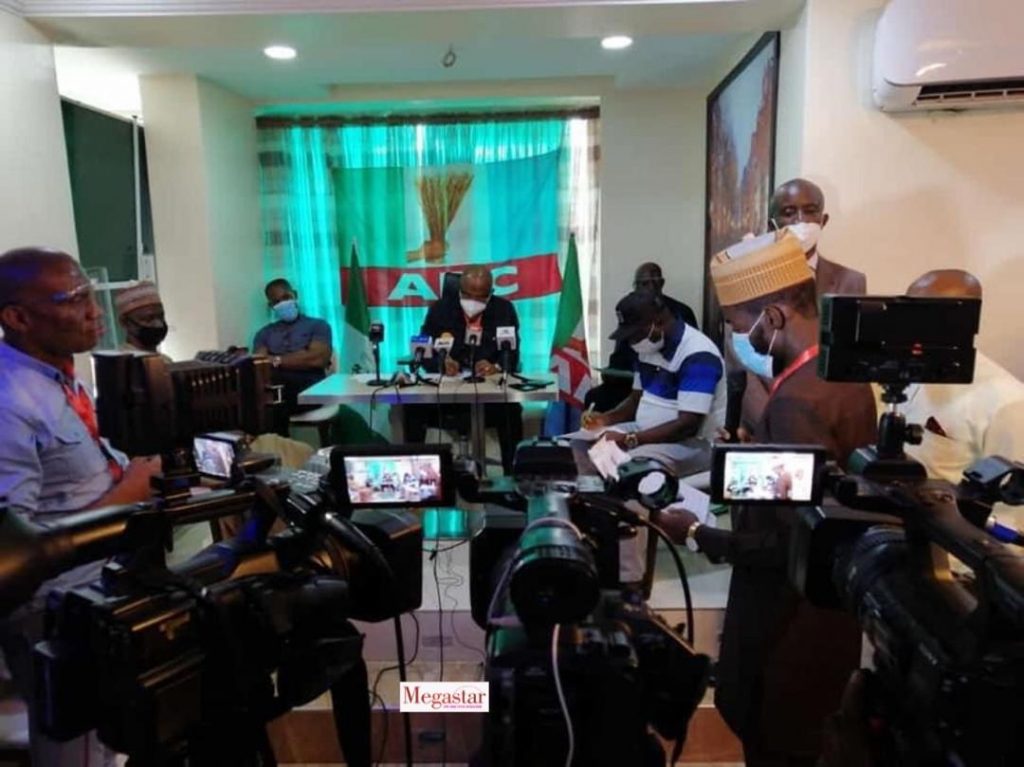 Today in Edo State commenced the APC primary governorship election from 192 wards across the state. After the whole exercise, the Presiding Officer and Governor of Imo State, Senator Hope Uzodinma having collated all the results from the 18 local government area announced Pastor osagie Ize-Iyamu the winner.
Pastor osagie Ize-Iyamu polled 27,838 votes while the former Deputy Governor of Edo state, Pius Odubu came second with a total vote of
3776 and 2751 votes was the total votes garnered by Osaro Obaze.
Among the people at the press conference was Edo State REC, Dr Johnson Alalibo.