RE :The Palace Raid And Destruction. 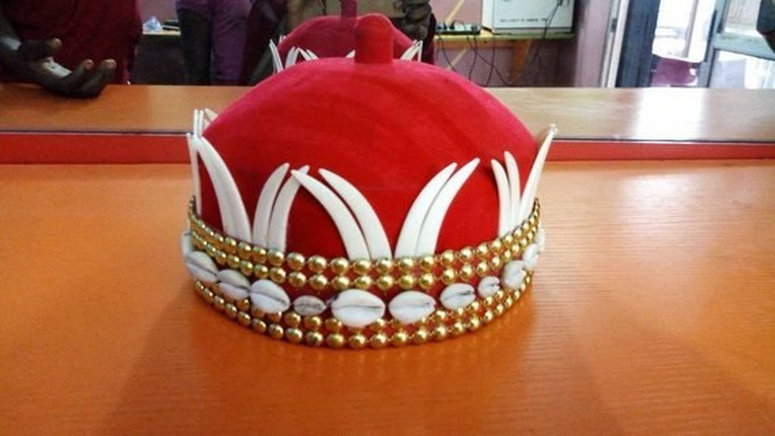 We read with utter dismay a baseless Facebook post under the title”The Palace Raid and Destruction” by one Azuka Jebose, a serial hatchet writer which inferred that Hon.Prince Ned Nwoko had hands in the reported invasion of Idumuje Ugboko royal palace in 2017.

The first distortion we noticed in Azuka’s scam narrative on the purported palace raid, was the manipulation of the recorded video.The voices in the video published, was stage managed and super imposed portraying voice-over techniques and audio/ visual effects used in the post production of films, advertisements,cinema or video to achieve predetermined goal.

The trick was so glaring and poorly orchestrated making it worthless and unconvincing.

The ploy could only deceive the gullible, the uninformed and those with twisted minds.

Azuka’s antics and antecedent are well known. A failed journalist who was dismissed from the Punch Newspapers Nigeria Ltd after he was found guilty of stealing huge amount of advertisement funds placed in his care Subsequently he fled Nigeria to the USA in the early 90s. The road to America , it will be recalled was in the guise of a “dancer” with the late musician, Sunny Okosun’s band . Today he remains a fugitive from the law.

But the long arm of the law is inescapable and will catch up with the crooked one sooner than later.

We are hence not surprised over the manufactured lies
coming from a man lacking in integrity .

Azuka in the second paragraph of his scattered post, attempted at illustrating why the traditional institutions in Britain and Nigeria should not be desecrated by the super rich or anyone irrespective of social standing. But how come a man like Azuka who claims to be a native of Onicha ugbo in Aniocha North local government area can be so fixated with the desecration of the royal stool of his homeland ? You referenced the British and Benin royalties with glee, but you are the worst enemy of Onicha ugbo monarchy no thanks to your unguarded insults and innuendos against the customs and traditions of your homestead. You have crudely attacked your Obi in the most vile and despicable insolence ever seen in Anioma land Only a prodigal son and a hypocrite can follow such path of infamy.

We are also compelled to ask Azuka if the same traditional processes of ascension to the revered thrones he worshipped aligned with the manner the so called “Obi” Prince Nonso Nwoko of Idumuje Ugboko Kingdom inherited coronation after the death of the immediate past King on 6th February, 2017. The answer is definitely in the negative as far as the traditional laws and customs of the good people of Idumuje Ugboko are concerned.

Prince Chukwunonso Nwoko remains an usurper to the throne . He has not been given the requisite Staff of Office by the Government of Delta State. He might not ascend the throne if he is convicted of multiple charges of terrorism and murder cases on which he is standing trials before the Courts . Today he is facing the law along with his co-travellers for unleashing terror on some traditional Chiefs and other persons perceived to have refused to be part of his sacrilege and inordinate ambition to the throne of Idumuje Ugboko since 2017.

It is this morbid fear of conviction because of the overwhelming facts and evidence against him,that informed the decision to hire a poorly rated writer spew silly campaigns of calumny on the Social media against Hon Ned Nwoko . Strikingly Ned’s only offense is his refusal to support the illegality of the ascension to the throne by Prince Nonso nor intervene in criminal cases at the courts which have been established by the director of public prosecution DPP in Delta State and the Office of the Attorney General of the Federation and Minister of Justice

So, Azuka is advised to take his cock and bull stories elsewhere because, the incidents did not happen in the 16th Century but from 18th to 25th May, 2017 and there are so many living witnesses of truth to the unfortunate events.

So, you can take your poor imaginary scenes, weak literary plots and the unprofessional make- over voices techniques to the dustbin.
To whip up cheap sentiments Azuka wrote with mischievous falsity that “ the few policemen that were posted to guard the palace were indifferent” during the said attacks .

What stopped the so called ” Obi who survived the unslaught ( onslaught ? ) by the whiskers ” from running to the Police Station in Issele Uku or police Headquarters in Asaba to lodge a formal report there since the Policemen posted to the Palace were indifferent ” or even sent any other person to so act ?

Finally, let it be stated that this fictitious article as well as well as others you have been struggling , all along, to sell ( only to the gullible , anyway ! ) to justify your pay would remain fruitless smear campaigns against Hon Ned Nwoko .

It bears a reminder that Hon Ned Nwoko has an enviable antecedents not only for standing up in defence of the poor, the weak and the victimised but has been a philanthropist to these categories of people in Idumuje Ugboko , Delta North Senatorial district, Delta State, Nigeria and the World at large .

In conclusion, Azuka Jebose, if truly you are looking for justice then, allow the Courts to do its Constitutional job and stop all these fairy tales which signify nothing.

Every one is tired of your empty stories. Those who hired you should demand for their money because you have failed as an overrated hired writer .