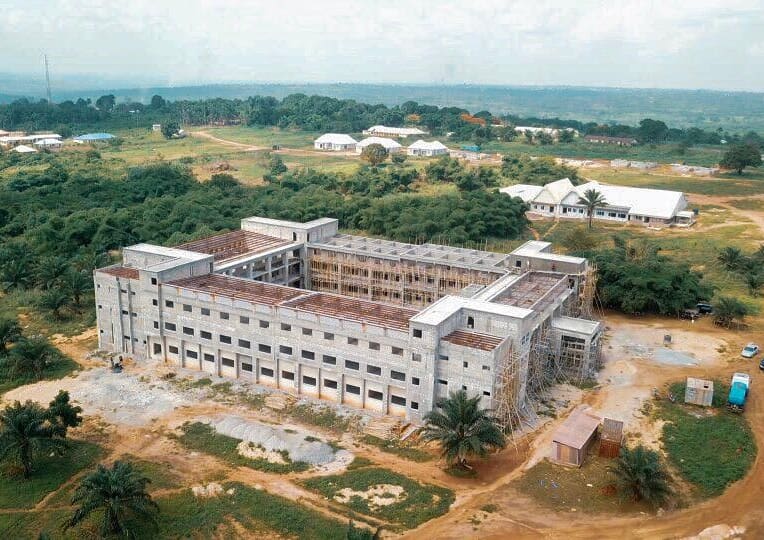 The Chancellor of the first Sports university in Africa, Prince Ned Nwoko released the Ariel pictures of the Proposed Stars University, Idumuje-Ugboko in Aniocha North LGA, Delta State yesterday to disabused the mind of those who have been feed with lies that no development of such is going on. The pictures comprises of administrative blocks, lecture hall, canteen and junior staff quarters near completion. The pictures and video were released on social media by Prince Ned Nwoko’s Media and Publicity officer, Adeniyi ifetayo. It would be recall that National University Commission NUC delegates were there in March 2020 to access the level of work done to facilitate the approval of Stars University which acronym STARS stands for SPORTS, TECHNOLOGY, ART, RESEARCH AND SCIENCE.