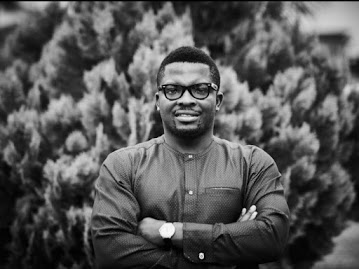 When most of his peers were busy having fun, investing in designer outfits and exotic automobiles, without proper investment, Sijibomi Ogundele, Managing Director of Sujimoto Construction Company was busy carving a niche for himself in the luxury real estate business. He has sowed on a fertile land and currently reaping the bounty of his sweat. During his formative years, he has always had the spirit to excel in business. At age 8, he already learnt the rudiments of running business successfully under the tutelage of his mother.

Drawing inspiration from the great pyramid of Giza, to the tower of Babel, brick by brick and stone by stone, Sijibomi Ogundele has been consumed by one singular desire; to touch the sky and redefining the Lagos skyline with gigantic luxury project that can rub shoulders with other great architectural wonderment, littered across the world. When he launched his Sujimoto Construction Company years ago, many thought he was going to crash land. His competence and survival chances most expecially, for a young man like him was doubted. With hardwork and fervent prayers to his creator, he is today regarded as the king of luxury building in Nigeria.

From his previous projects like; Guiliano by Sujimoto, Lucrezia by Sujimoto and ongoing Leonardo by Sujimoto, he has crested his footprint, different from the proverbial rattle snake that crawls through the rocky path without sign of its presence. His projects on Banana Island, Ikoyi Lagos, cemented his commitment to affordable luxury apartment for all sundry. To verify that Sujimoto works with credibility and sincerity, one of his Banana Island project, currently houses Pop Star, Davido. “His current project,

LeonardoBySujimoto, currently under construction, is a hot investment hub for investors. He has also delved into ‘Sujimoto Short Let’ with cheap luxury rooms in Ikoyi area of Lagos for lease. For his LeonardoBy Sujimoto project, he is offering to give investors 400% ROI in 2 years. One of the biggest investment turnover in the country.”

The smooth-talking trained lawyer is currently having the best of time. What he envisaged from himself years ago is currently actializing. He recently signed a deal to build ‘Queen Amina of Zaira By Sujimoto’, one of the Nation’s Treasure House located in Abuja, with a touch of the medieval and modern northern building pattern fitted with Arabian Luxury housewares. If Ogundele has given up years ago, when he lost billion of dollars in investments on his first attempt, he would not be living his childhood dreams as Nigeria’s Most sought after Luxury property merchant.