The day I discovered the true wealth of Nigeria __It’s not all about oil- Strive Masiyiwa, founder Econet and Liquid Telecom 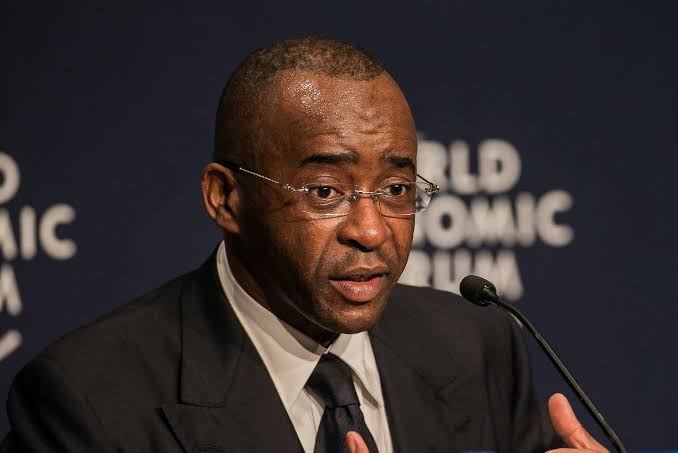 When I first arrived in Nigeria to set up the country’s first GSM mobile network, Econet Wireless Nigeria (now Airtel Nigeria), I had to serve as the company’s interim CEO for about six months, until we appointed someone substantive. This meant I practically lived in Nigeria for most of that time. It was a remarkable experience, and one which will remain with me all my life. Nigeria is one of the most exciting countries in the world, and could be the next China before the turn of this century.

I just want to share with you one particular incident which led me to that conclusion: As many people know, today Nigeria has over 120m mobile phones users. To imagine that I made the first ever official GSM mobile call in Nigeria on 6th August 2001 seems almost unbelievable…

Our company Econet Wireless Nigeria was in a race with MTN Nigeria, the only other operator at the time, to meet a deadline set by the regulator for 8th of August. We beat the deadline and MTN by two days, and as Interim CEO, I had the privilege to call the regulator to tell him we were “Live”!

What a moment in my life! It’s something I’ll always cherish. I don’t really care whether I own or don’t own a mobile operator there today. My success will always be measured in terms of my small contribution in kick starting the largest mobile industry on the African continent, and it is Nigeria.

Several months before the launch deadline, I’d arrived with over 100 engineers and technicians, drawn mostly from Zimbabwe and South Africa. At the time, since Nigeria had been delayed by the military governments from acquiring GSM, it was one of the last markets without this new technology. President Obasanjo, who had just won the election two years earlier, wanted to change that and had issued three licenses, but one had been delayed.

This meant that when we started operations, Nigeria had no homegrown engineers or technicians with experience in GSM mobile technology. (Today it has more than Southern Africa combined!)

So whilst setting up the network to meet the deadline, we used expatriates from other African countries that already had GSM. We also began the process of recruiting Nigerian engineers and technicians who we would retrain for this exciting new industry to take over from the expatriate team, which wanted to do in the shortest time possible.

We had literally thousands of posts to fill.

In one instance, we placed newspaper adverts in all leading newspapers asking for people qualified in electronic engineering, at degree level, and with minimum five years relevant experience. I’ll never forget the response. I came into the office to find postal bags, piled to the ceiling!

“I only want to see the applications from people who meet our requirements, and not from chancers who aren’t qualified,” I complained.

“Sir, these are the ones we have vetted.”

“What?! You mean there were more than this?”

Then I came up with an idea: “Why don’t you separate for me, the most qualified academically. Set aside people with MBAs, and even PHDs.”

A day later, another postal bag of applications was delivered to my office. I was staggered!

There were thousands of people with qualifications in just this one discipline with MBAs and PHDs! Many had qualified in the best universities around the world. There were also GSM-qualified Nigerians working internationally, including in America and Europe, wanting to return home!

I was blown away by the qualifications. I thought to myself: “You can start almost any business or industry here. I wish investors would one day discover the wealth of this nation.”

Whenever I hear people talk about the wealth of Nigeria in terms of oil, I shake my head to say: “You have no idea what you’re talking about!”

The true wealth of Nigeria is its extraordinary human capital, and passion for education. Unleash that and no one can stop them!