Uwaifo and I were Street Hawkers in Benin, Igbinedion Reveals 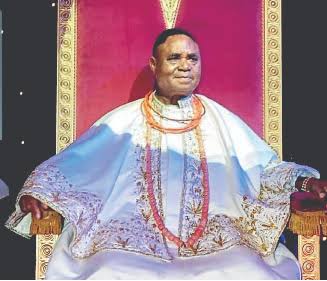 The Esama of Benin, Chief Gabriel Igbinedion‎, has admonished Nigerians to imbibe the habit of building people rather that destroying them.

He gave the advice at a‎ dinner party he hosted in Benin-city at the weekend to honour Nigerian music icon, Prof. Victor Uwaifo, a lecturer at the University of Benin, who marked his 80th birthday in March this year.

Igbinedion, who disclosed that he was out of the country when‎ Uwaifo celebrated his birthday, described him (Uwaifo) as ‘great man’.

According to the Benin high chief, “you are a great man; one of the greatest human beings in life. To clock‎ 80 years, you must have a good mind.”

Igbinedion recalled their childhood days in the city, saying: “I was selling Kerosene while Uwaifo was selling Kola-nuts.”

Igbinedion‎ disclosed he sold kerosene while the legendary highlife musician sold kolanuts in their childhood days on the streets of Benin.

He said: “To clock‎ 80, you must have a good mind. You are a great man and one of the greatest human beings on earth.”

The iconic musician, who was accompanied by his wife, noted that Igbinedion, who rose from grass to grace and conquered poverty, greatly surprised him.

He said: “I have never smoked in my life. I do not take drugs. I do not drink alcohol. It is now that I started taking wine. Music makes me high.

“If you are smoking, doing drugs or taking alcohol, it is not too late to stop. Parents must warn their children against taking drugs and not to wrongly imitate people.”

Uwaifo, the Joromi maestro-turned academic, who lectured in the University of Benin, expressed surprise at the honour given to him by Igbinedion, saying: “Tonight, Chief Igbinedion has surprised me. This is the man who rose from grass to grace, and who conquered poverty.

“Any person, who wants to know, must be given the opportunity to know and keep knowing. “If you go through the crucible of life, then you will know the value of life, and you must add principles.”