We need to show example of leadership in anyway we find ourselves… Engr Osaro Odiase. 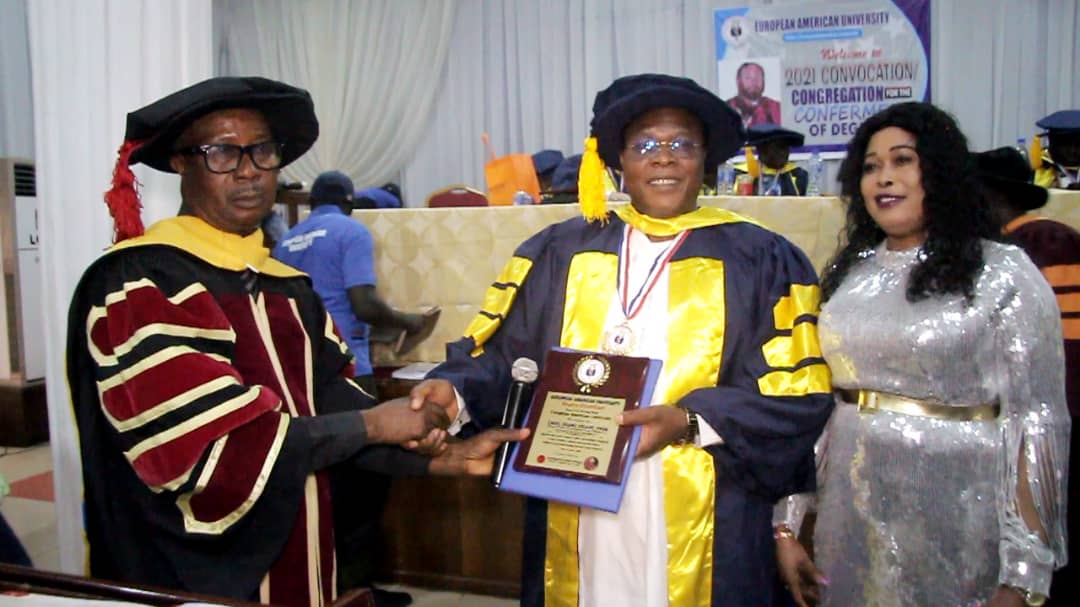 To be given an award is to say thank you and a call to do more and showing example of leadership in anyway we find ourselves were the words of First Class General, Founder and Managing Director, NAGOS PROJECT LIMITED, Engr Osaro Odiase whose Philanthropist gesture has been applauded by all and sundry.

He was again honored by the Prestigious European American University over the weekend during the congregation for the Award of Degree and conferment of honourary Doctoral Degrees at Lagos Chamber of Commerce and Industry at Ikeja, Lagos.

A golden fish they say does not have a hidden place that explains why Engr Osaro Odiase contribution to the education sectors in terms of giving scholarships to the less privileged and brilliant young people were noticed by European American University in Lagos.

In an exclusive interview with the selected Journalists, he talked about how he felt being considered as one of the awardee. “Given an Award (to me) is like saying thank you and it’s a call for me to do more” He always looks for opportunities to be of service to mankind and his immediate environment.

In his recitation, European American University says it extol the sterling qualities and achievements of Engr Osaro Odiase (FNSE). It hereby confirms on him with the prestigious Honourary Doctorate Degree of Science (D.Sc) Honoris Causa in Mechanical engineering and project management with all its rights and privileges.

Engr Osaro Odiase was accompanied to the venue of the ceremony with his beautiful wife,Mrs Ngozi Odiase, friends and well wishers.