Olu of Warri Presented With Key to the City of Brampton.

Olu of Warri Presented With Key to the City of Brampton. 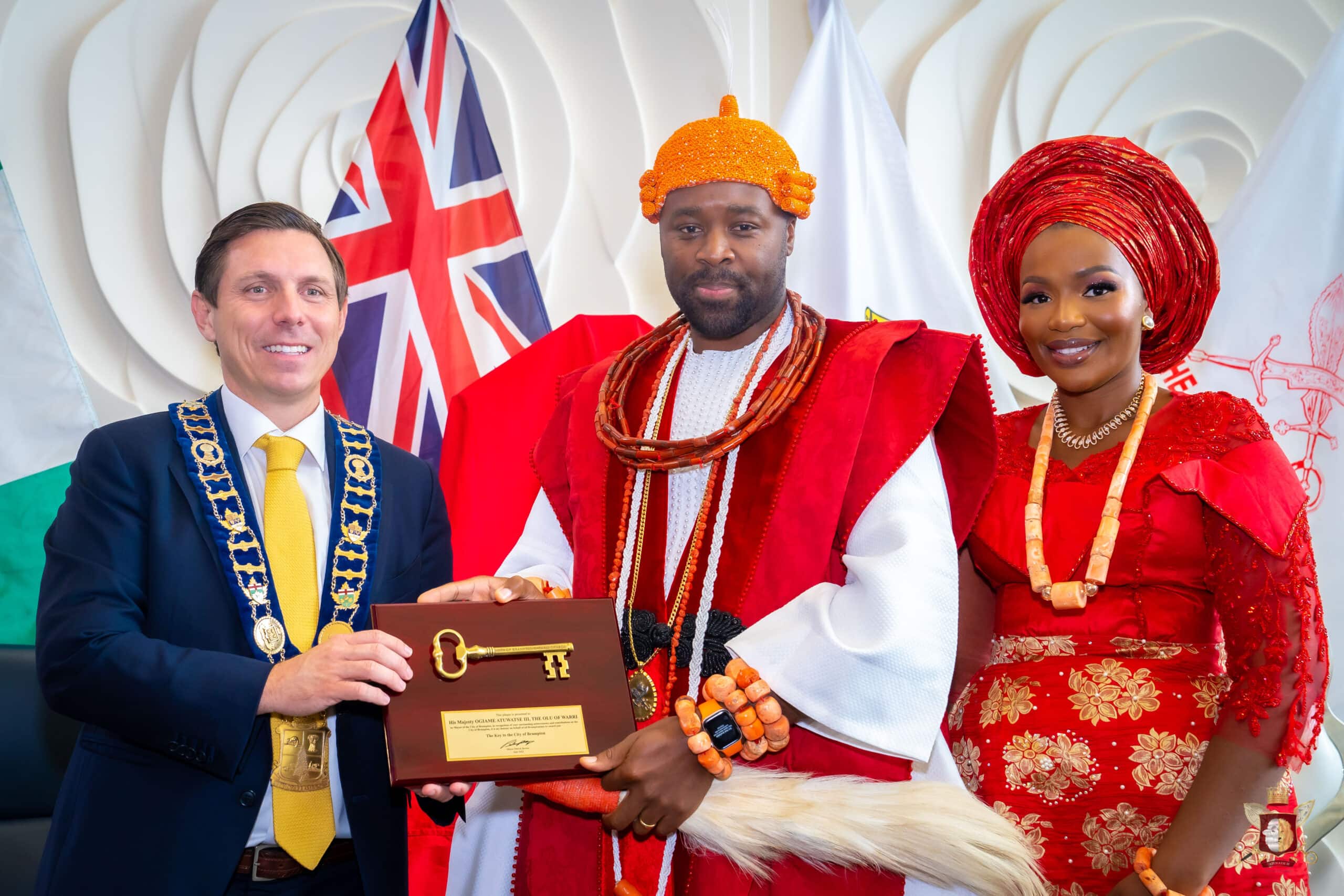 History was made Monday in faraway Toronto in Canada as revered Olu of Warri Kingdom; Ogiame Atuwatse III, awarded with the key of Brampton City for his profound impact and outstanding community contribution and support

Olu of Warri tolling the path of his father Ogiame Atuwatse II, during his reign was also presented with the key of a city in the United States.

The Mayor of Brampton, Patrick Brown who made the presentation at a colourful ceremony expressed satisfaction Olu of Warri for his show of love and desire to support community efforts in Brampton 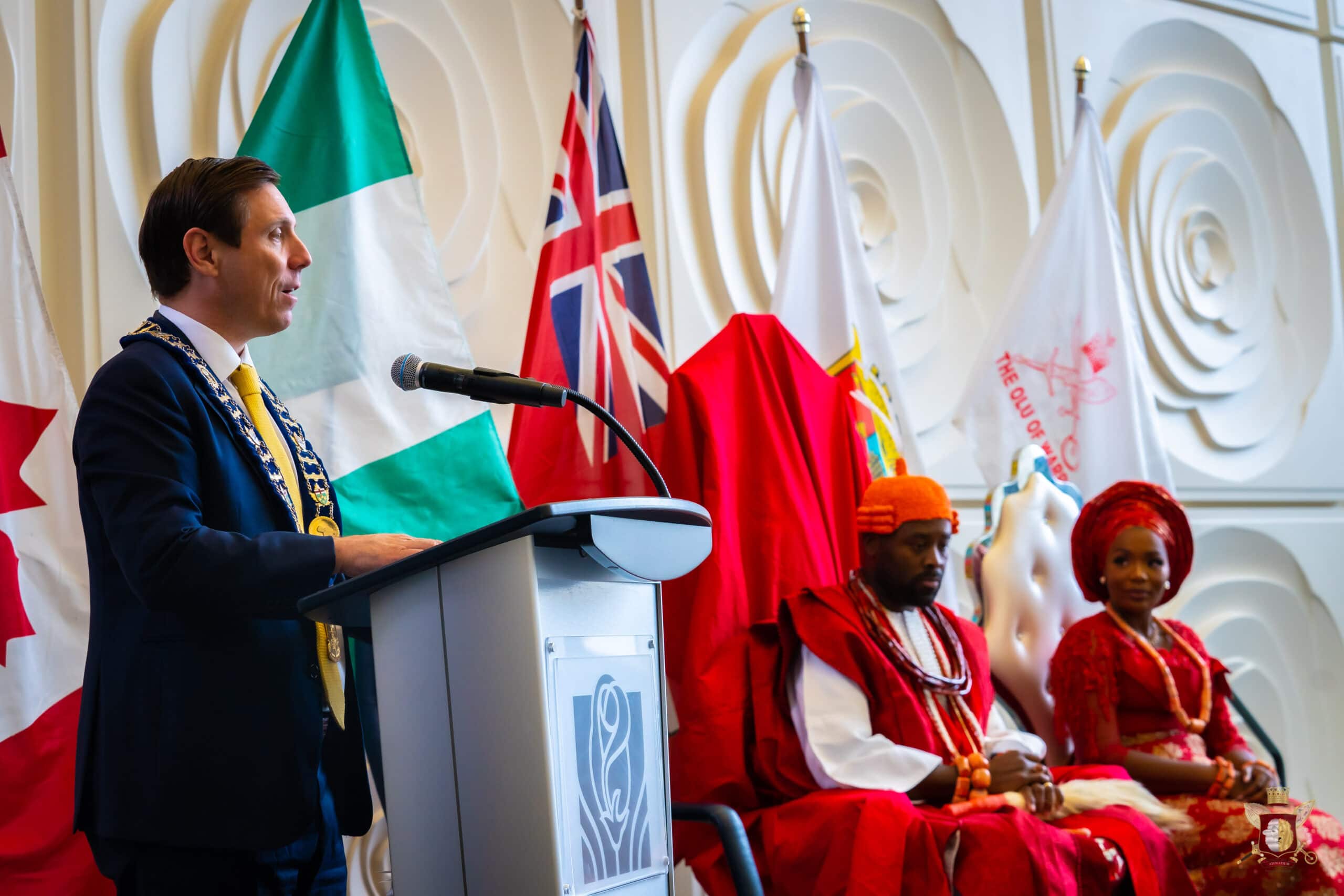 Patrick who told the visiting King that despite the fact that His Majesty resides in Nigeria he never loses sight of where the Nigerian community goes.

In his words, “This may not be known but His majesty as part of his visit is showing a lot of love to the community. I was asked by his majesty’s team if there is any local course that he can support in our city. For me, what became most important was the abundant recommendation for a hospital which comes with an enormous price tag of over a billion dollars.

“In city like Brampton, we need to have the best possible health care. We know there are challenges in the health sector and as part of his visit His Majesty has made a substantial contribution to our local hospital. 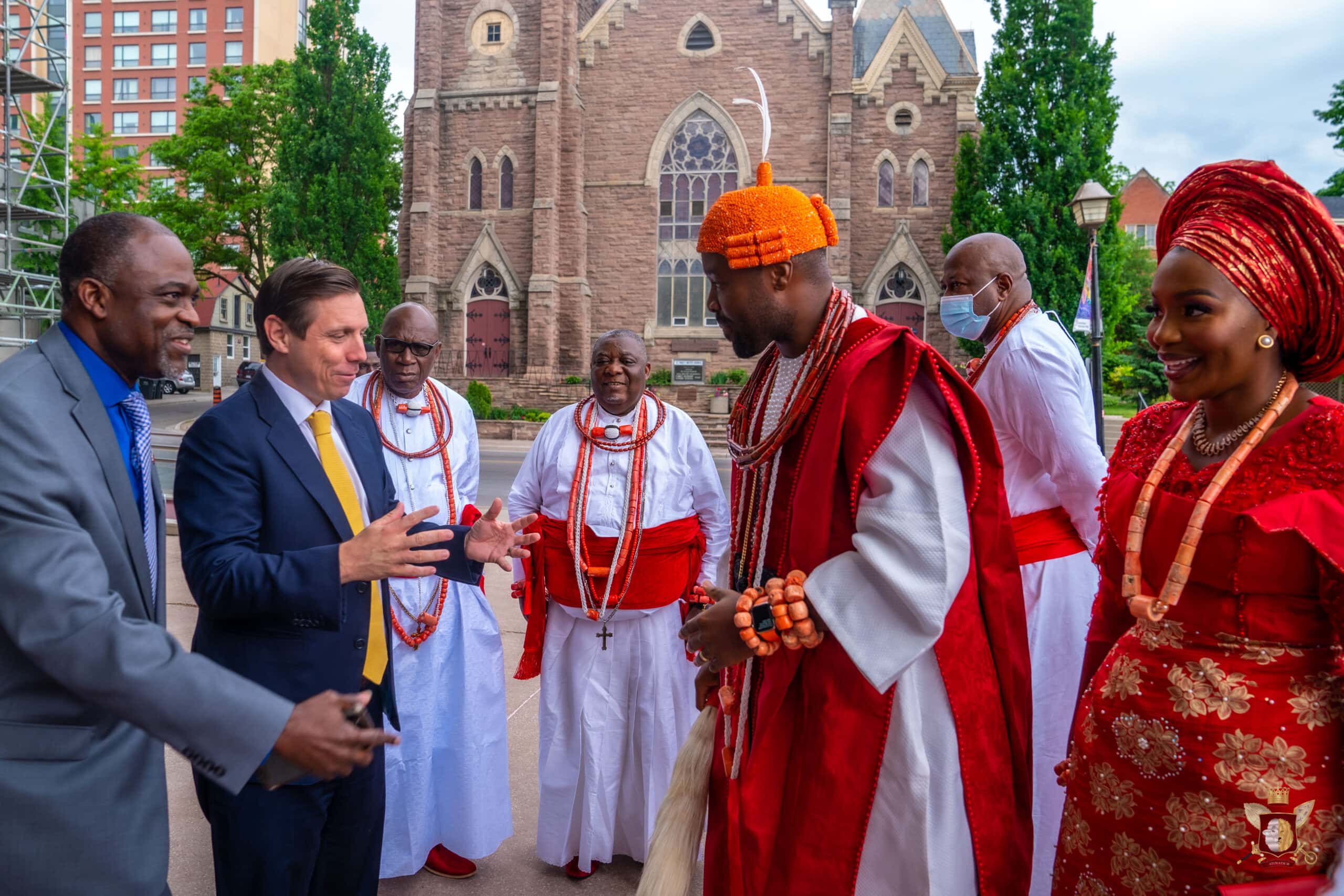 “So in honour of that friendship for the hospital in our city I have a token of our city friendship and appreciation. His Majesty’s father was awarded a key to a city in the United states for his generosity and so keeping to that history in the family it is my pleasure today to present the city key of Brampton to honour your contributions. It is one thing to visit a city from abroad and another thing to come and say “how can I help and show love”.

Excited Olu of Warri, thanked the Mayor and the people of Brampton for the recognition adding that the symbolic gesture would foster better relationship between the Itsekiri and Nigerians alike. 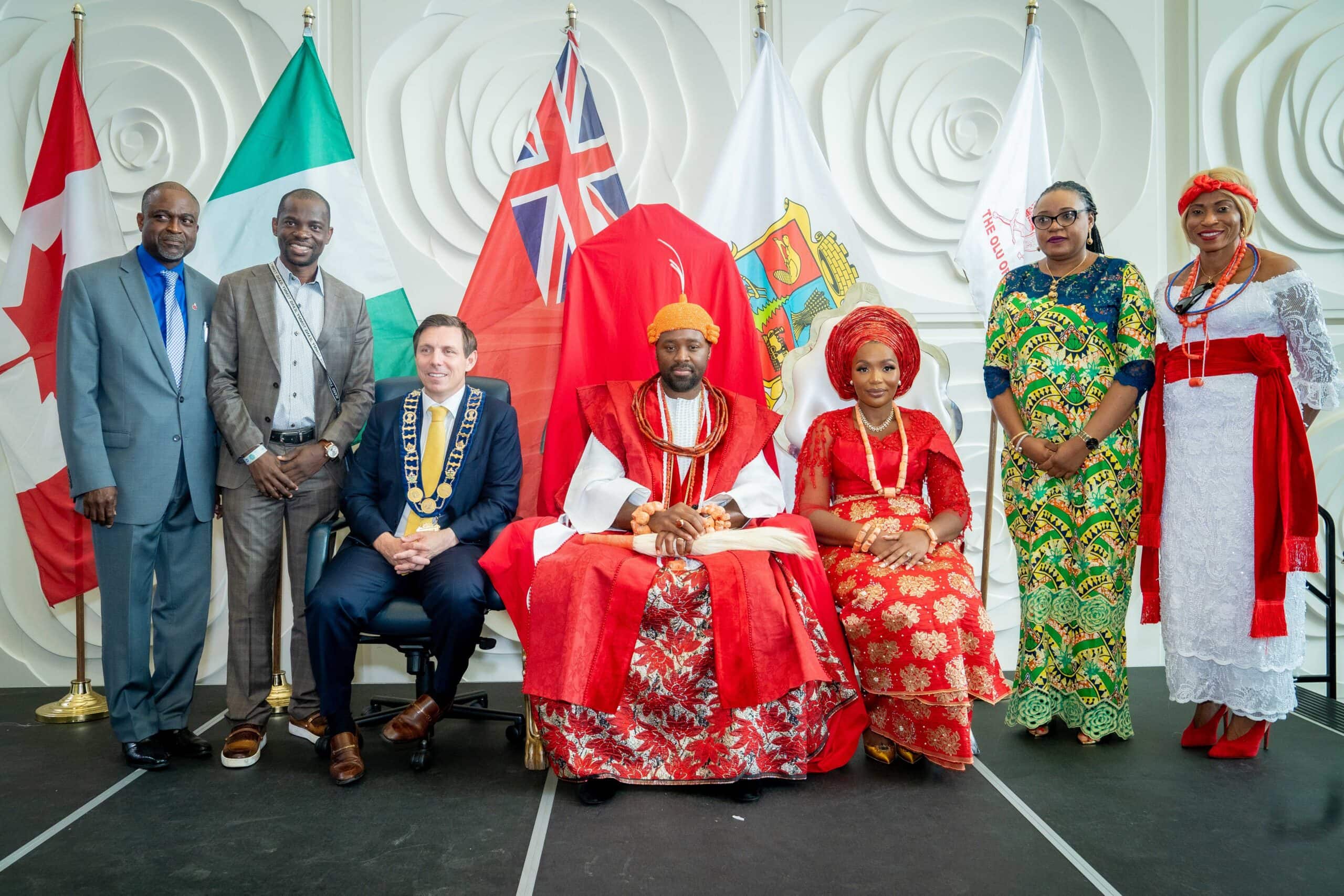 “First of all I want to thank you for the honour. Thank you for the city of Brampton for this warm reception and recognition. I was chatting with the Mayor and he was really proud of the positive contributions of the Nigeria community in Brampton and for me that is what gives me joy.

“I have always likened myself as a diplomat of sort and we always represent home and I’m confident that Nigerians will be celebrated much more by the city of Brampton. I’m really overwhelmed by this. I believe that this symbolic gesture will open more doors to every single one of us. On behalf of myself , the Itsekiri Nation and the Nigeria people I say thank you”.

Ogiame also reciprocated the gesture by Presenting a replica of his mode of transportation two Red Canoe to Mayor of Brampton, Patrick Brown and the city of Brampton respectively.

City key presentation is also It is a direct symbol of the City wish that a guest is free to come and go at will and a great honour to the recipient alike.

One Young World: Adesuwa Shortlisted As Entrepreneur Of The Year 2022