Tunde Ayani, Can A Man Be Robbed Of What Does Not Belong To Him? 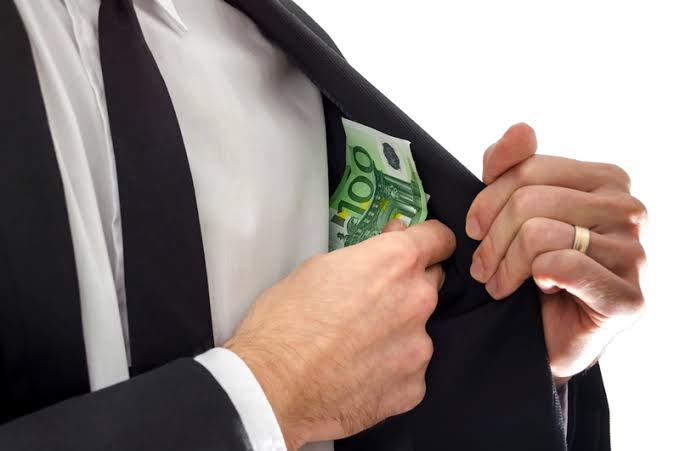 As one who has followed with keen interest the business activities of Capt Hosa Okunbo, his business associates in the last few years, both past and present, and Iike many well meaning Nigerians who know how well he (Hosa) has successfully built his business empire with a hard earned reputation, I feel obliged to respond to a recent publication being circulated both on print and online news mediums bothering on a petition by a former chairman of the defunct Skye Bank (now Polaris Bank), Mr Tunde Ayeni, against the person of Captain Hosa Okunbo.

In the petition written by his counsel, Mr Femi Falana (SAN), Ayeni, who had alleged that Okunbo tried to scheme him out of a company he is a shareholder in, was said to have dragged his former business partner, Captain Hosa Okunbo, to the Economic and Financial Crimes Commission (EFCC) over what he alleged to be mismanagement, stealing and diversion of funds from the company –Ocean Marine Security Limited.

Who would have thought that a man like Mr Ayeni who led a bank to a state of bankruptcy would resurface from the blue in an attempt to stir up another circle of controversy, to yet again put himself on the spotlight for God knows why?

Mr. Ayeni had alleged that he had since discovered “a lot of stealing and diversion as well as gross mismanagement of large sums of money belonging to the company.”

To which company was Mr. Ayeni making reference to? Can a man be robbed of what does not belong to him? Perhaps, this might be a desperate business gambit to recast discredited accusations that was buried a long time ago.

For any descerning mind who has followed the business relationship between Captain Hosa and Mr Ayeni, and who has also taken the time to read the so called petition, this will amounts to nothing but a smear attempt to drag the name of a respected business man into the mud with what could be best described as cosmetic lies.

For the avoidance of doubt, let’s put the record straight based on the history of Ocean Marine Security Limited, available documents, transactions and the current status of the company in Corporate Affairs Commission (CAC), as clearly defined by the Company and Alliance Act and its.

Again, let it be reiterated that Captain Hosa has over the years maintained a clean business portfolio in conformity with local and foreign laws and will continue to uphold this principle, as this alone has seen him progressed in the business world in the last decades.

It is true that that Mr Ayeni was in 2007 one of the shareholders of the company along side Captain Hosa, Joe Aikhomu, represented by his father, Admiral Augustus Aikhomu, and Gareth Dooley who all came together to form the body, which was later named Ocean Marine Solutions Limited.

As the years went by and circumstances took a better part of it, changes ensued, shares changed hands and Hosa at a point became the Chairman of the company after that death of Aikhumo.

But the highlight of Ayeni’s troubles started in 2016 when the Central Bank of Nigeria (CBN) took over Skye Bank Plc, now Polaris Bank Limited over its inability to meet the regulator’s minimum key liquidity and capital adequacy ratios. This suggested the bank was already at the verge of folding up due to the huge debt Ayeni at the time in question had plunged it into.

In a letter written to vice President Yemi Osinbajo, the new management of Skye Bank had detailed how its former MD, Tunde Ayeni, used his position to destroy the Bank in 6 years of being in charge (2010-2016).

The new management of the bank led by Muhammad Ahmad as the new chairman and Adetokunbo Abiru as group managing director (GMD) had in a letter to Professor Osinbajo, explained just how Ayeni allegedly used loans from the bank to acquire major government companies.

As it was expected, for a bank that was recklessly mismanaged under his watch, petition was written by the the new management of the bank against Mr Ayeni and this led to an investigation into his stewardship at the bank.

Recalled that Mr Ayeni was also invited by the Vice President to give account of allegations of misappropriation leveled against him.

From 2017-2019 investigations were carried out, which was premised on a 2017 petition regarding infractions by the previous Board and Management of Skye Bank under Ayeni forwarded from the Office of the Vice-President, Federal Republic of Nigeria.

In the course of investigation, Tunde Ayeni was invited by the Economic and Financial Crime Commission (EFCC) and he volunteered in a statement confirming the withdrawal of 29.5 billon naira cash from Skye Bank.

Ayeni, who was this time a subject of discussion and object of criticism in the country, promised to refund the said funds to the bank and further claimed to have interest in Ocean Marine Limited.

The investigation therefore revealed that Dr. Tunde Ayeni was no longer a Director and shareholder of Ocean Marine Solutions Limited and PPP Fluid Mechanics Limited has since sold his entire shares and resigned his appointment as Director and Shareholder of the companies.

Consequent upon the foregoing, the Commission’s investigation so far did not indict the Chairman of Ocean Marines Solutions and its subsidiary companies, Capt. Idahosa Wells Okunbo on any wrong doing as alleged by Tunde Ayeni.

So, at what point did Olatunde John Ayeni again became a Director of OMS and any of its Associated Companies having sold his shares and resigned from OMS since August 2018?

It beats one’s imagination that a respected Senior Advocate of Nigeria, in the person of Femi Falana, would allowed himself to be misled by Mr Ayeni whose records as a manager of a new generation bank was dishonourable.

Ayeni’s allegations and innuendos against Captain Wells Hosa are baseless and repugnant. In my view, they are designed to impugn his character, tarnish his image and lower his esteem in the eyes of his business associates, admirers, well-wishers and the general public.

Having lost almost everything out of recklessness and lack of financial prudentnes, rather than focus on how to bounce back, Ayeni appears to be looking for soft targets among his former associates.

He has also extended his malicious campaign to Mr Ned Nwoko, one of Nigerian finest business man and politician, who he had also claimed to have dealings with Ocean Marine Limited.

While Ned Nwoko has described Mr Ayeni’s statement as malicious, the Board of OMS has also said it has implicit and unshaken confidence in Capt. (Dr.) Idahosa Wells Okunbo in managing the affairs of the company and the lofty heights to which he has taken the company.

The moment Olatunde John Ayeni became aware in September, 2020 that the Chairman of OMS Capt. (Dr.) Idahosa Wells Okunbo had health issues and was undergoing treatment in London, he had since then started making false claims over the ownership of OMS.

The good news is that the company has stated unequivocally that its accounts are in good and correct order and its funds are intact and not missing, misappropriated or otherwise mismanaged as alleged by Mr Ayeni who in the first instance has no locus standi to ask for poke into the affairs of a company he has no investment in.

While it is within Ayeni’s right as a citizen of this great nation to seek redress where it is necessary, but it is absurd to seek for one where it doesn’t exist.

Falana (SAN) holds his client the responsibility to take him into the closet and ask him certain question bordering on his true state of mind to avoid what could latter appear lead him into ethics pitfalls.

We have all heard horror stories from the legal trenches of clients giving the wrong information to their counsel, who they later ended up embarrassing in the count room.

Lawyers are stewards of their clients’ most sensitive and personal information. They serve as officers of the court and are in positions of public trust. But failure to hold up to these high standards can lead to steep falls, and a lawyer who doesn’t carefully mind ethics obligations can quickly run afoul of the rules of professional responsibility.

Having study the several investigations carried out since 2016 when Ayeni was sacked as Sky Bank MD, to the best of my knowledge, Ayeni has placed on Femi Falana a serious ethical and moral burden. It is a temptation Falana must do everything possible not to fall to no matter how attractive the cheques are.