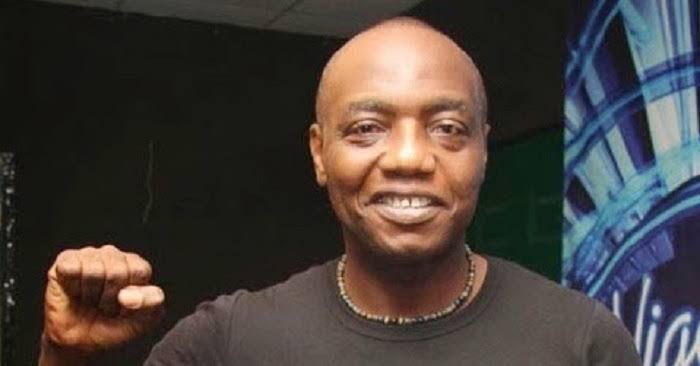 This world is indeed a very wicked one with men garbed in treachery stalking and hunting for innocent victims.Nigeria’s news media has been awash with stories of how Tunde Ayeni has turned around to betray his erstwhile benefactor, Captain Hosa who is currently battling ill-health.One of Captain Hosa’s close friends and ‘brother’ Dede Mabiaku has unveiled a can of worms and promised to come out with an explosive video to tell the world the manner of the character of the person called Tunde Ayeni. Dede is not just concerned with Tunde Ayeni but also names Lawrence Omo-Aligbe Aligbe who once acted as Captain Hosa’s lawyer and film maker, Jeta Amata as a group of traitors who have now banded with Tunde Ayeni.Dede explains how he took Jeta Amata to Captain Hosa when Jeta approached him with the film script which was to feature some Hollywood stars.Captain Hosa bought into the idea and invested about $300,000 on the project. However, along the line, Amata was able to convince Captain Hosa to do business with him along the line of distribution. Dede narrated how Ayeni who was not a part of the deal until then, joined the trio in America and somehow swindled his way into the project. He also said Lawrence Omo-Aligbe, who he described as a known snitch was part of the trip because the initial lawyer who should have been with the team, Efere Ozako was down with an ailment.“Moji,” Dede thundered on the phone, “I have been boiling since yesterday. Tunde Ayeni sold his shares of the company to Hosa, I am privy to the fact.“These are characters who have benefited immensely from Captain Hosa and are now running a smear campaign on him, at his lowest moment on his sick bed.“Hosa and I attended the same secondary school back in Delta State. We were always together. He was like my own father ‘s child, we were always in the house and my father loved him. You can imagine how angry I am that those who benefited immensely from his largesse are the ones now trying to take over his business investments.”“I was the one who suggested Lawrence should be on that trip, after an acquaintance assured me he had changed his ways. We both attended the University of Benin where he was known to be of very low character”.” I will tell you that I had to join them in America when Amata began exhibiting some traits.”Dede says he met Tunde Ayeni when he joined them on that trip and instantly told Hosa that there was something about the man that “did not gel with me.” Tunde and I had a small blow out on that occasion. On that trip, many things happened. At this point, Dede names a top American musician (name withheld) who brought a fake contract. “Lawrence perhaps at the behest of Tunde took the contract to the company and almost got everyone into big trouble and that’s how that deal was lost”. Dede promised to come out with a video as soon as tomorrow. Which would tell a better story.However, it is pertinent to note some of his disclosures, Jeta Amata allegedly squandered over a million dollars of Captain Hosa’s money on frivolities which included gambling in Las Vegas. Quoting Dede again: “Moji I can tell you for free that it was Captain Hosa who brought this treacherous character called Tunde Ayeni back to shore when his ship was sinking, saved his sinking life.As for Lawrence, he had already stolen over $200,000 of Captain Hosa’s money before he came back and I was told he was ‘born again, repented”.Dede continued: “This is a man who Captain gave about N10m or so when his house got burnt. Captain kept him in America all expenses paid for over one year. To think he is the one conniving with Tunde Ayeni to betray Hosa makes my blood boil”. According to Dede :”To know who a man really is, first visit his town. I drove to Tunde Ayeni’s hometown somewhere in Aiyetoro at the behest of Captain Hosa when the ingrate was burying his brother. He built one palatial nonsense of a house, probably inhabited by rats and lizards. He had another nine bungalows for friends’ lodging, in a town where there was no light, no good roads, no quality school. A big man is someone who has people and not someone who surrounds himself with money”.After all Captain Hosa did for these characters, Tunde Ayeni and the others, they start this high level of ingratitude towards him. “I wish they die a slow death. They are the most heartless ‘bastards’ on earth. Slimy things starting a smear campaign when they are the worms themselves. They can buy the whole of the press, Moji. For some of us it’s not about money. They shall meet me.”Dede promises an explosive tell all video soon.