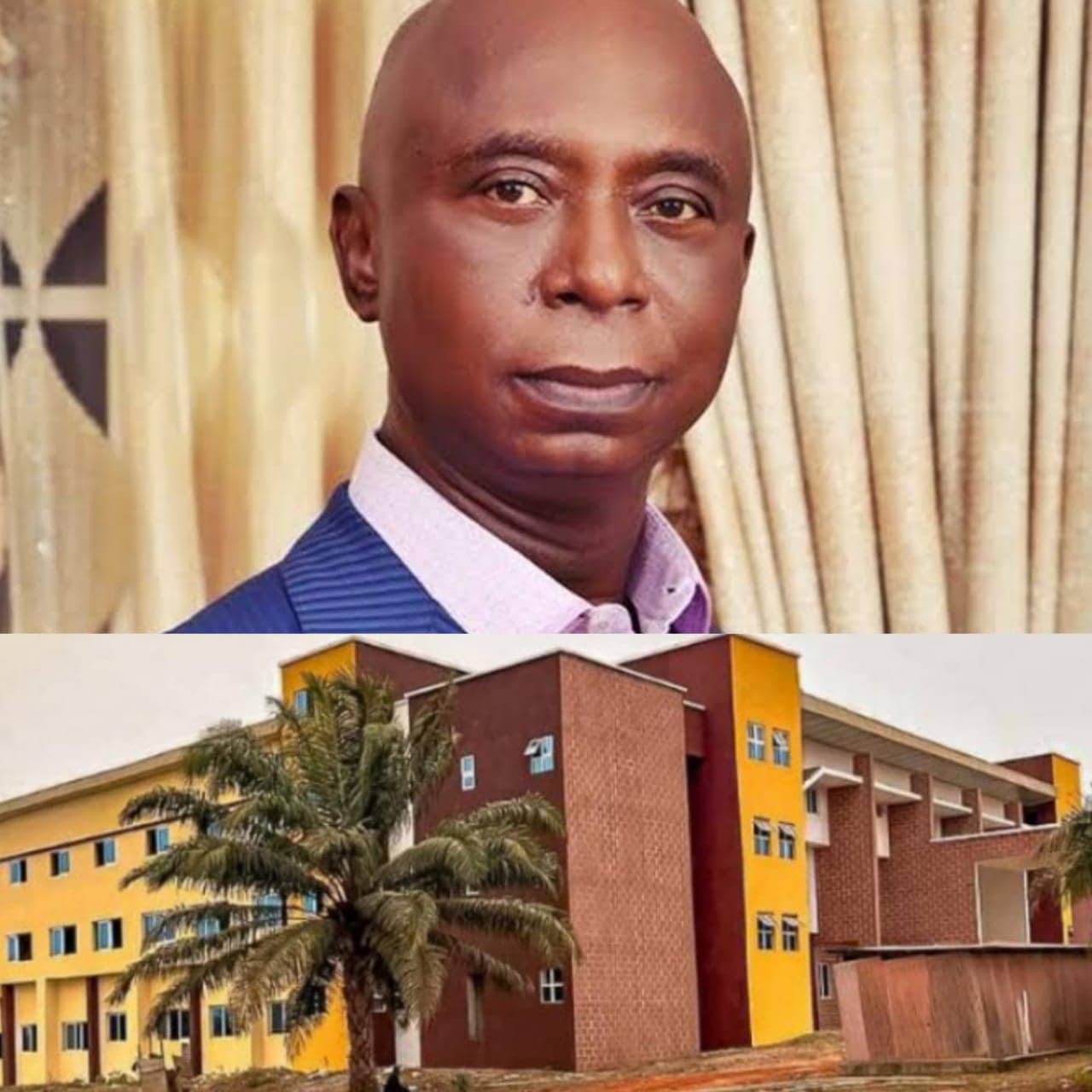 23 Years ago, Prince Ned Nwoko conceived the idea of having the a Sports University in Nigeria to be located in Idumuje Ugboko Delta State. As a parliamentarian, he sponsored a Bill for its establishment. The Bill however was not passed but Prince Ned never gave up on that vision. He believed so much in Sports and Education and that a University of such would bridge the gap between sports and Education, offering both conventional and specialized courses where students will graduate with double honors. Prince Ned believed that if founded, the Sports Univerisity will be a veritable ground for selection of sports men and women that will represent Nigeria at local, continental and Intercontinental competitions.

Few years after his service to the Nation as a Member of House of Representatives, Prince Ned founded the first Sports University in Nigeria and in the whole of Africa located at his Hometown Idumuje Ugboko Delta State. He started the construction of University with his personal funds and without a single loan from the bank or investors, putting up a world class structure and sports facilities that can stand the test of time. Prince Ned by this singular act, put Idumuje Ugboko, Delta North and the whole of Delta State in a global map.

Today, a dream that started many years has come to reality and fruition. The Federal Executive Council of Nigeria just yesterday approved the issuance of provisional license to 12 Universities amongst which is SPORTS UNIVERSITY OF NIGERIA. This news came in time just as the world marked the international day of sports for development and peace. This adds to the numerous landmark achievements that Prince Ned Nwoko has realized for Nigeria and Africa as a whole. The focal point of the University is Sports Excellence. 80% sports and 20% academics. This is home for persons who want to do sports and also be educated enough to express themselves. The first of its kind in Africa.

Recall that Prince Ned Nwoko became the first black African to travel to the freezing South Pole in Antarctica in 2020 while on an expedition to create awareness on the scourge of Malaria in Africa. A disease that has ravaged the continent for decades. Through his malaria Project, Prince Ned Nwoko Foundation hopes to achieve a zero malaria status for Nigeria and Africa.

*Every Country Needs a Ned and Ned is Needed*