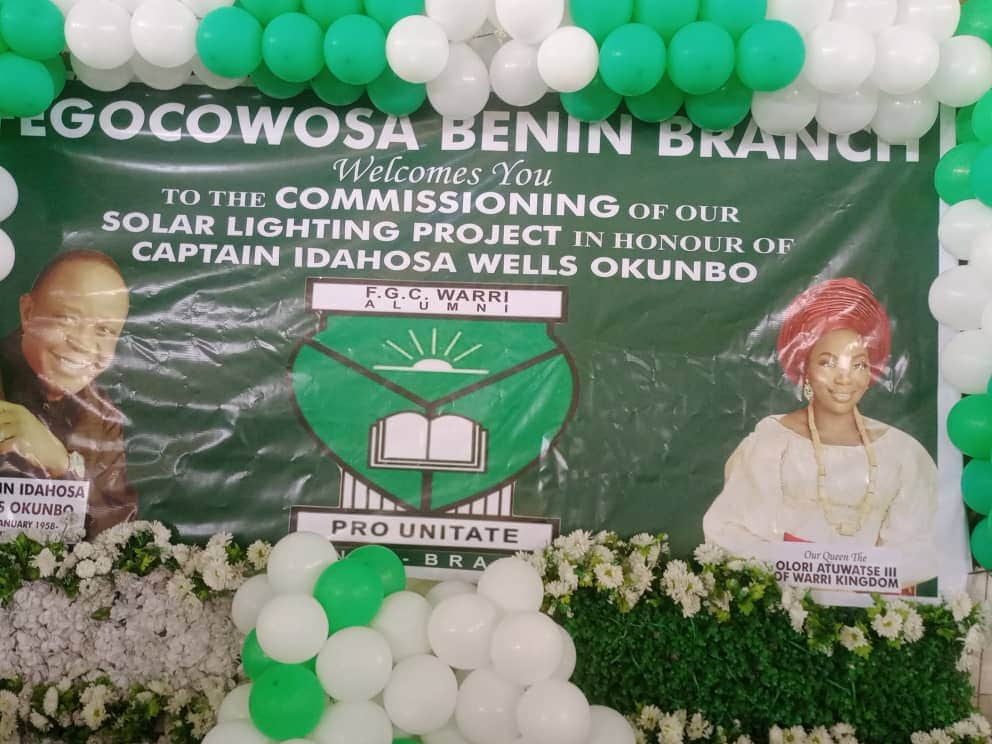 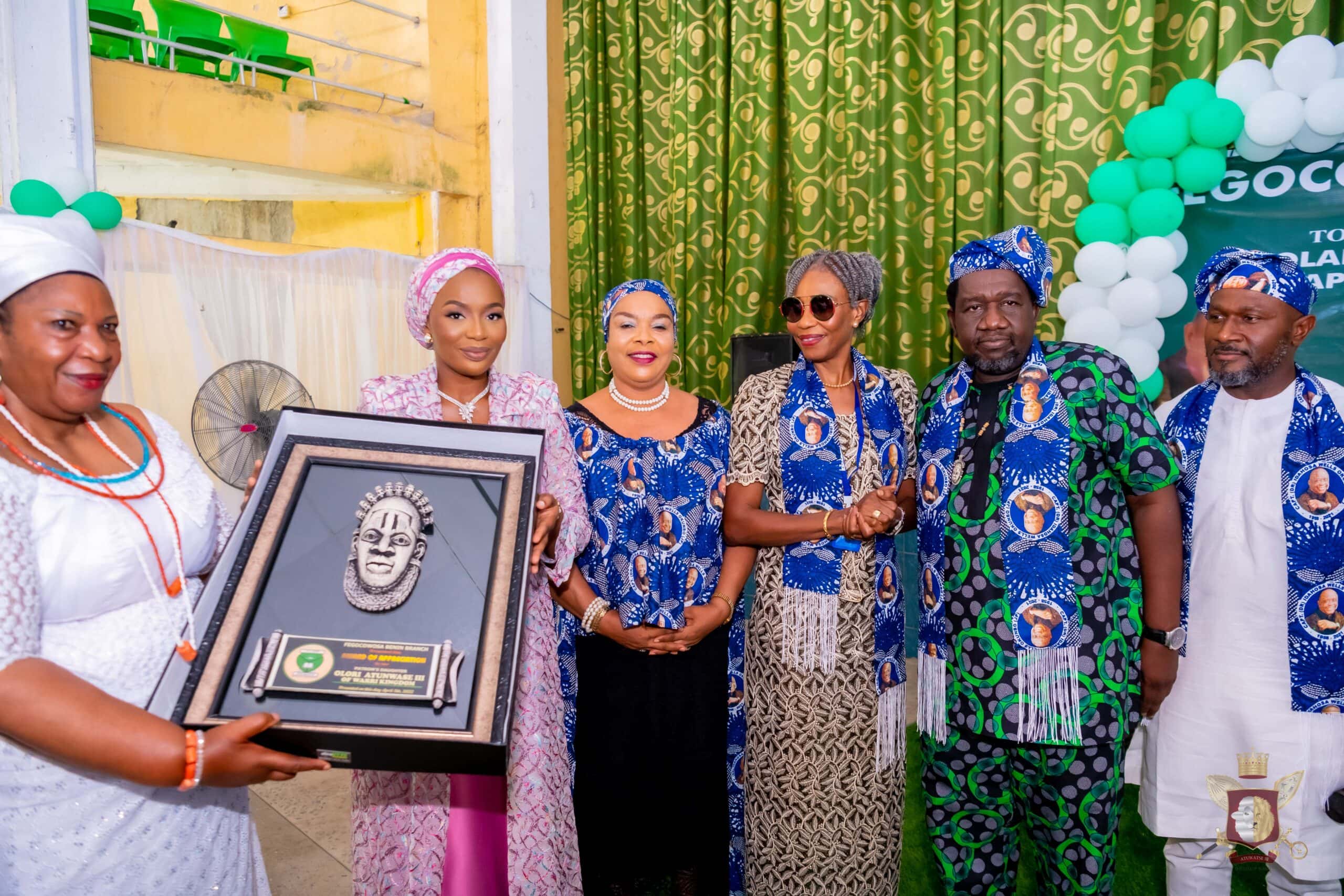 In a bid to honor and keeping the legacy of Business icon and Philantropist, Captain Idahosa Wells Okunbo alive, the family has pledged to complete the solar lighting project of the Federal Government College, FGC, Warri, Delta state in honour of their father.

Daughter of Capt Hosa and wife to the Olu of Warri, Olori Atuwatse III, who represented her sibling and the Okunbo’s family made the pledge at a commissioning ceremony organized by the Benin branch of FEGOCOWOSA, to honour the departed Philantropist. 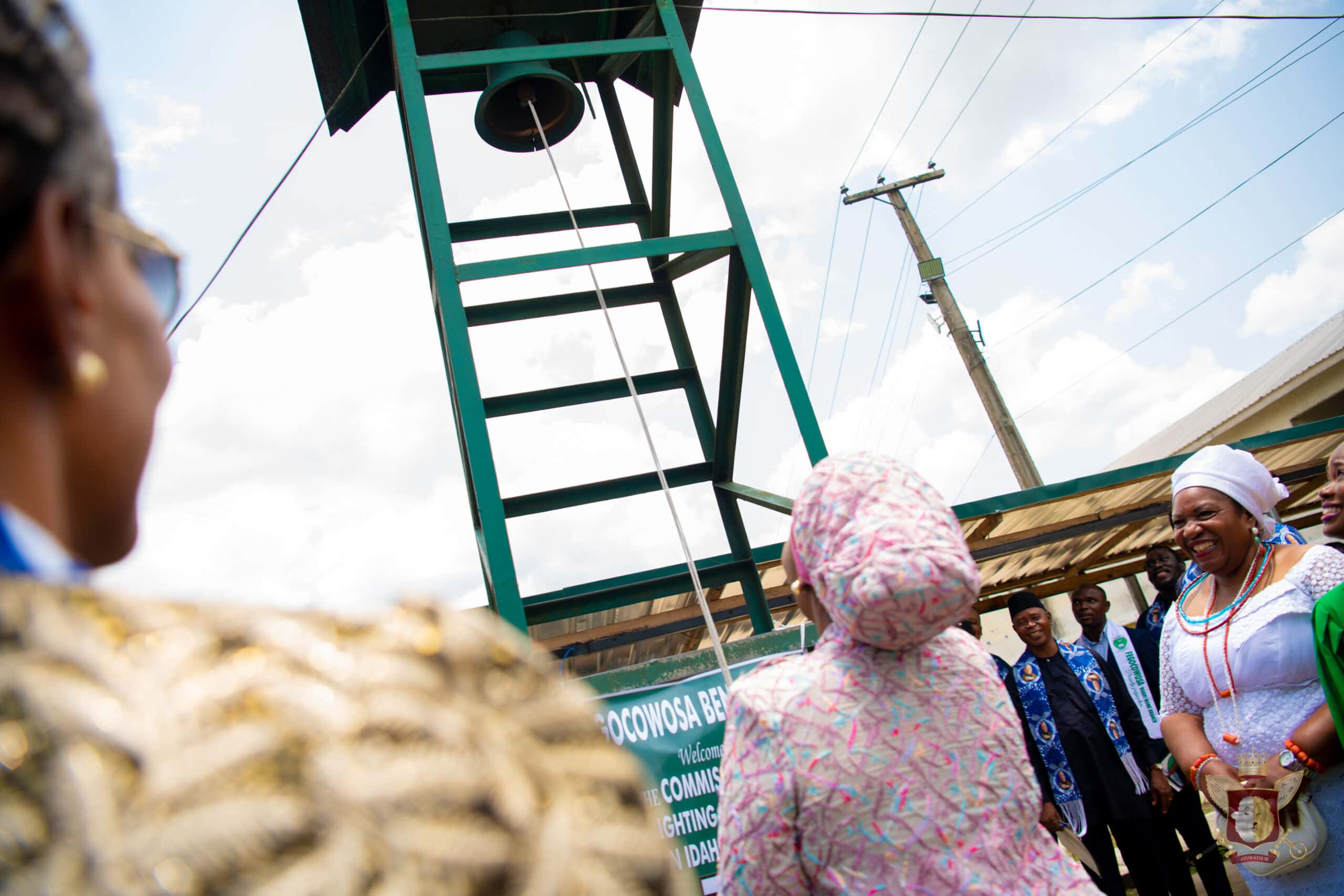 Olori, was acompanied to the ceremony by the former Chief Justice of Edo state , Justice Esther Edigin and others said her father was a great advocate for education and noted that the occasion marks a milestone for the institution and the Okunbo’s family.

She said, “Today marks a huge milestone for this great institution and for my family. It is a day of joy as we launch the solar lighting system of this foremost institution in honour of my late father, Captain Idahosa Okunbo.

“Light both literally and figuratively, is an essential need of mankind. No one rejects light. Instead, we all crave it and seek it for the direction, clarity, safety, and warmth it brings.According to Allan bloom, ‘Education is the movement from darkness to light.

“Till his passing, my dear father purposed in his heart to provide a befitting lighting system for the school. As all will fondly recall, my father was a great advocate for education, he will always say, the only thing I owe any child is a good education, anything after that is jara. 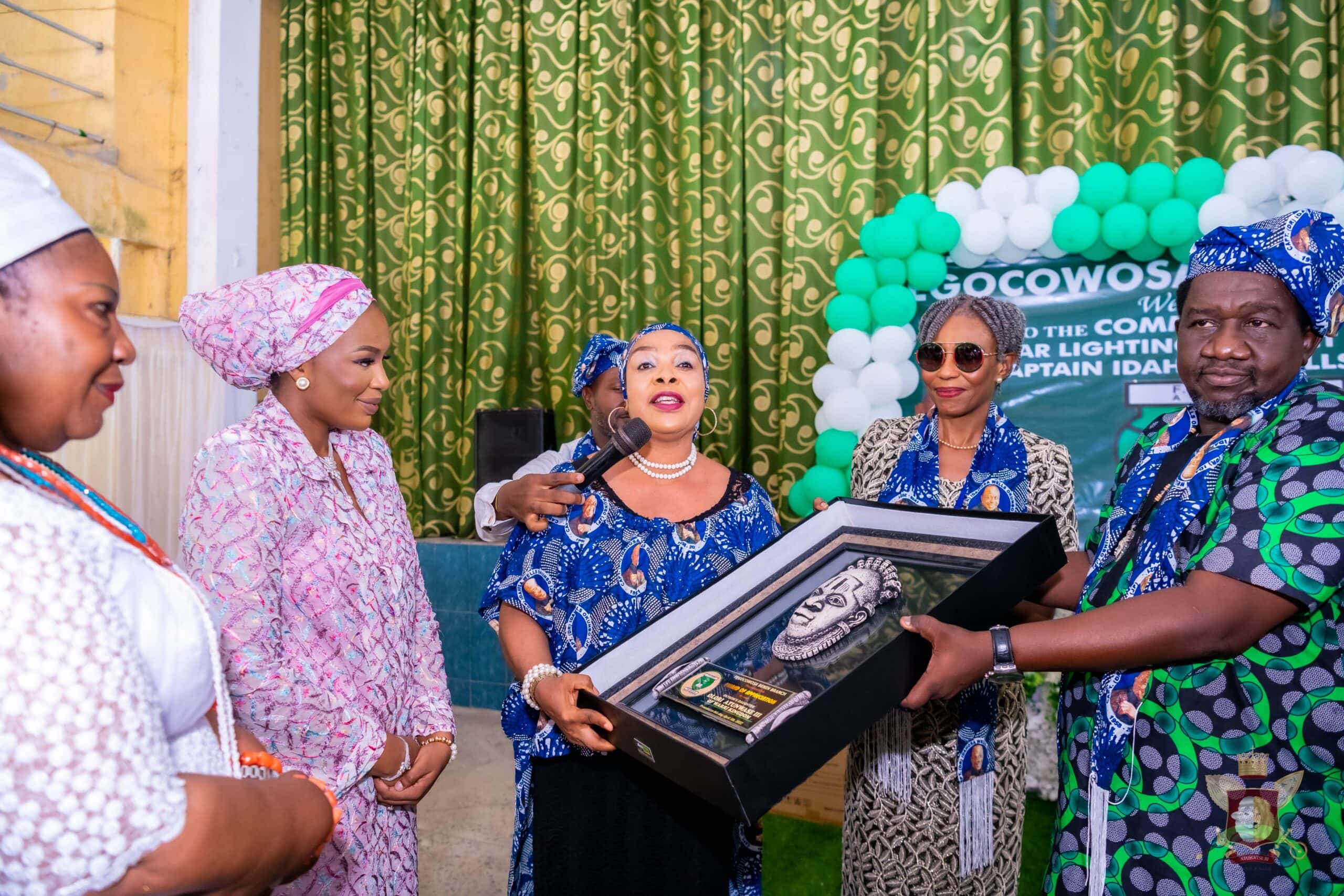 “He knew the value of quality education and its ability to emancipate minds from the darkness. So, it was no surprise that he worked tirelessly to give his best back to the institution that aided his foundational years and could arguably be the institution that made him the man he was”.

Benin Branch Chairman of the alumni, Andrew Amadasun, thanked the Okunbo’s family and children for sustaining their fathers legacies.

Also, the Global President of FEGOCOWOSA, Maureen Akpofure Awobokun, represented by Rev (Mrs) Angie Usifo, described late Capt Hosa as an exceptionally brilliant student who made remarkable achievements in all his endeavors. 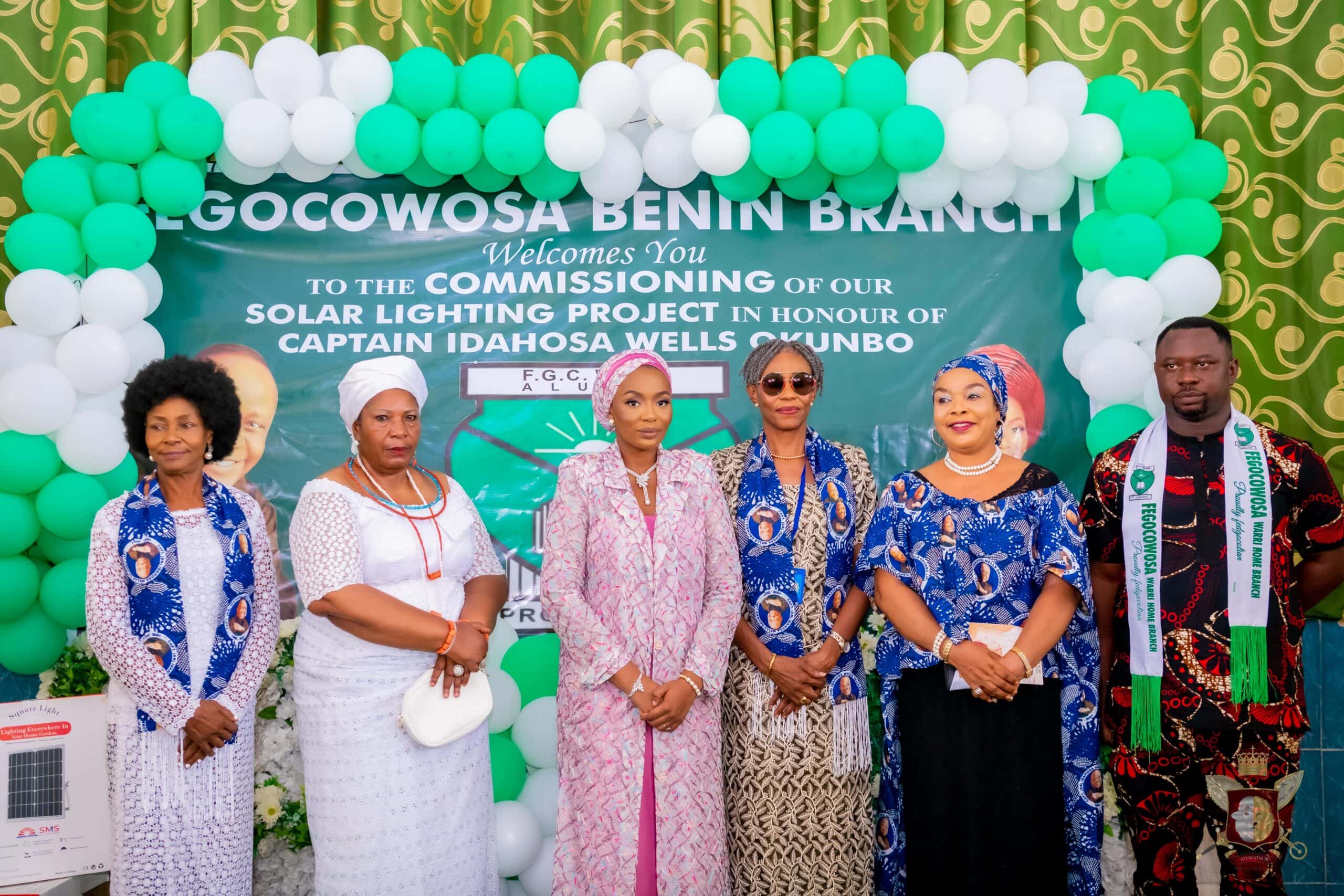 “To the Okunbo family represented here today, by no other than Olori Atunwatse III of Warri Kingdom, your Highness, we are most appreciative of the honour of your presence here today.

“Your father, Captain Hosa was indeed a great man. If we could build a bigger monument in his name we would have. But know that he shall forever remain large in our hearts. He will never be forgotten.