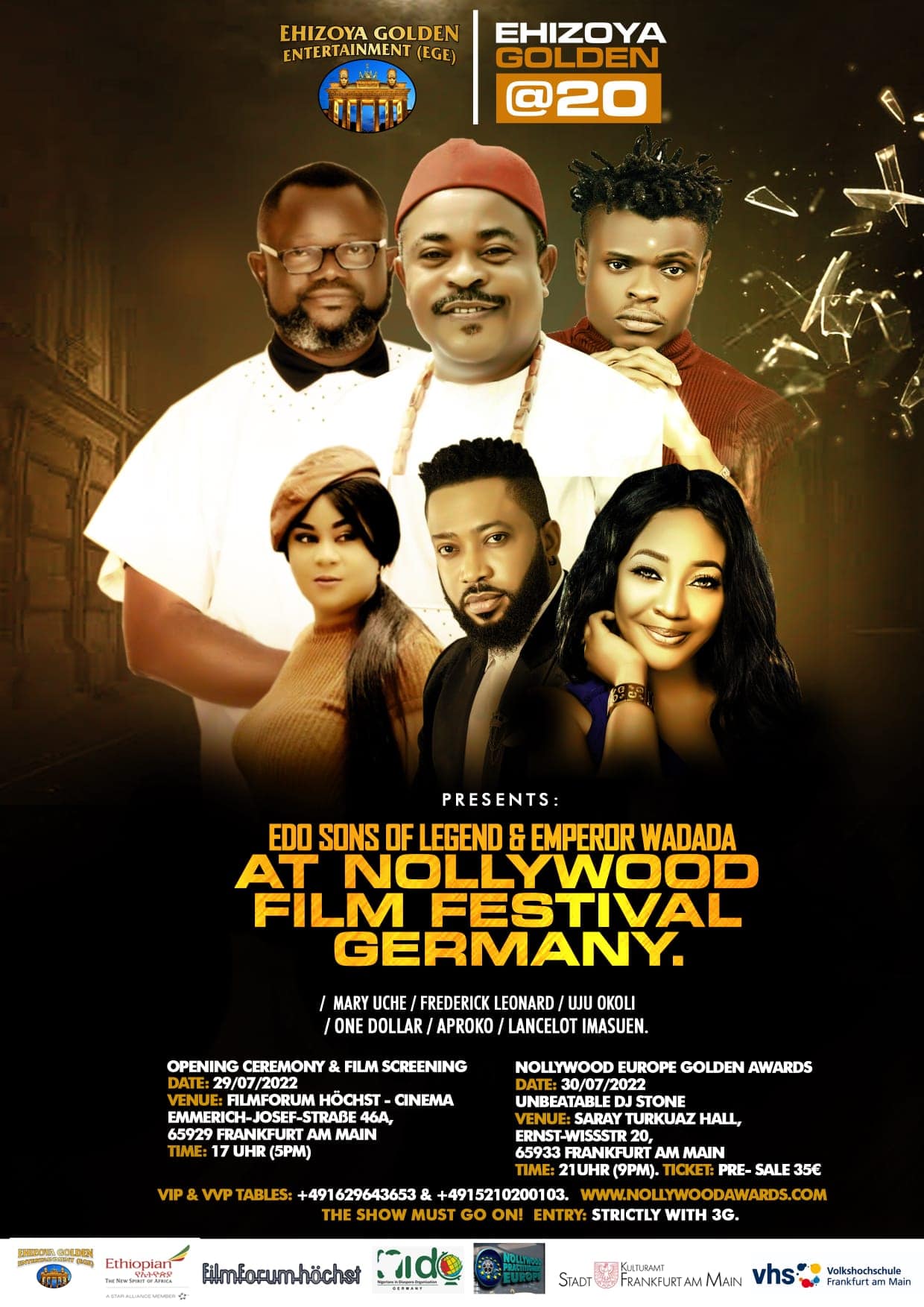 The festival opening ceremony and film screening will be stated for July 29, 2022, at the prestigious Film Forum Hochst-Cinema, in Germany.

Guests and other movie enthusiasts will be at the venue to watch the movie premiere of ‘’ Gbege: The First Son Saga ‘’ produced & directed by: Lancelot Oduwa Imaseun.

After the movie premiere, there will also be a movie screening of ‘’ Heroes of Africa ‘’ produced by Zion Train & Directed by: Frank Fifi Gharbin (Ghana).

The festival is to promote the culture of Nollywood movies in Europe and make foreign investors see the essential possibilities of working with African filmmakers and give Africans in the diaspora the great and interesting content coming out from the continent.

Meanwhile, the Nollywood Europe Golden award Gala night and after party will hold at the Suray Turkuaz Hall, ERNST-WISSTR 20 which will be anchor by Comedy rave of the moment, Aproko while Edo Sons of Legends and music performance by Emperor Wadada to thrill guests across the globe.

After the screening, there will also be a live concert to enthrall the audience and present awards to honour great men and women who have consistently put African movies on the global map.

According to a statement released by One of the media PR for the Anniversary, Mr Adeniyi Moses Ifetayo said that “the festival is indeed to give the Nollywood industry another paradigm shift in creating movie content for the foreign audience because the industry is the fastest growing industry in Nigeria with talented actors, actresses, writers, and directors, who are telling great stories about Africa and Africans around the world.”