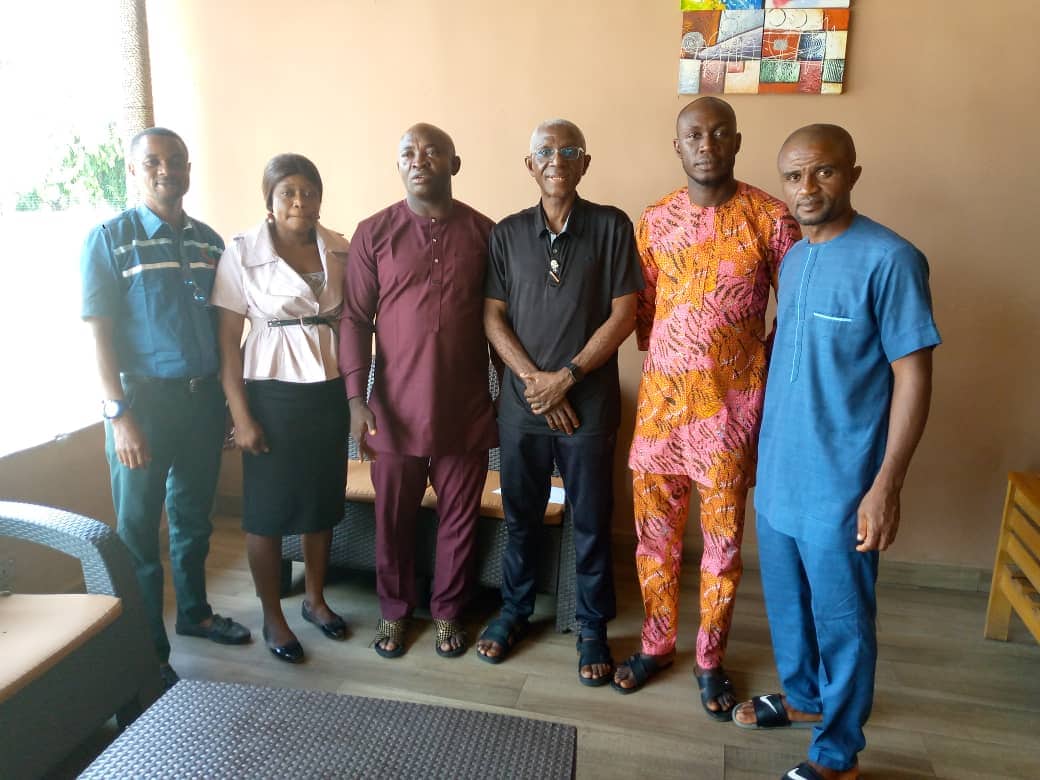 A legal icon and a chieftain of the All Progressive Congress in Benue state, Barrister John Ochoga, has extolled the resilience and doggedness of Apa/Agatu Youth in their quest in ensuring equity and fairness in the political equation in Benue South Senatorial District.

The Benue born politician described their clamour as worthwhile and commendable. He, however urged the youth to continue to embrace dialogue and negotiation their political agitation.

The life bencher made disclosed this when comrade Adanu Isaiah led Apa/ Agatu National Solidarity forum paid him a consultative visit in Abuja.

The elder Statesman opined that the best approach in getting attention and recognition in democracy is through dialogue, negotiations, sensitization, awareness creation, consultation and lobby urging the youth to sustain the tempo and consolidate their effort that will generate the needed empathy and sympathy among relevant and critical political stakeholders in the state with a view to swinging the pendulum in their favour.

Ochoga added that while he appreciates and commended Apa/Agatu youth for the bold steps so far taken he however, criticize their message of zoning the deputy governorship position to them.

He further urged the youth to de-emphasized zoning and charge them to amplify integrity adding that merit and competence should not be murdered on the alter of zoning, narrow and sectional interest.

Speaking earlier, the national coordinator of the group, Comrade Adanu Isaiah was emphatic that the political short change of Apa/Agatu in the scheme of things in Idoma land has reached it crescendo and that effort should be made by genuine elites like Ochoga to change the negative narratives reminiscent with the federal constituency of Apa/ Agatu.

Adanu Isaiah argued that the political mal-treatment meted out to Apa/ Agatu axis has persisted and continue unabated for too long even from his days as a child and appeal for the elder statesman’s cooperation to bring to a permanent end their marginalization.

The youth leader asserts that their message of displeasure, disappointment and appeal were encapsulated in their protest letter which will be presented to him after their interface, dialogue and consultation.

They thanked the APC leader for not only granting them audience but for also giving listening ears to their agitation.