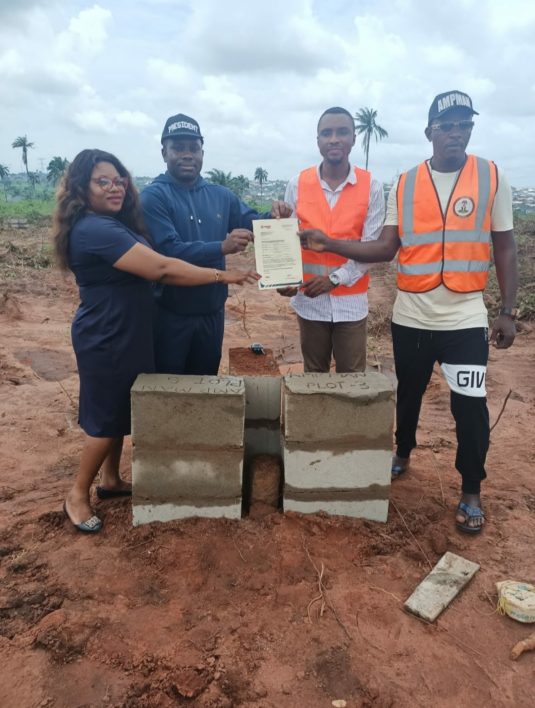 According to the United Nations Charter on Fundamental Human Rights, one of such rights is “The Right to Adequate Housing” It is to this effect that there has been a surge in number of Real Estate Companies in Nigeria and the world in general. It’s been said that Nigeria is short of 17 million housing units and one of the key stakeholders in Nigeria, PWAN Group has been bridging the gap by making housing affordable with its latest Partnership with one of the associations in Nollywood know as Active Movie Producers and Marketers Association of Nigeria (AMPMAN).

It was on this note that the ACTIVE MOVIE PRODUCERS AND MARKETERS ASSOCIATION OF NIGERIA (AMPMAN) as part of their committment towards achieving the charter of the United Nations encouraged her members to own their own property via Pwan group, a move that had been applauded by members and stakeholders as one of the smartest move in the history of Nollywood. The dream for many came to a reality when the first batch of AMPMAN Members were handed over their documents by the management of PWAN Group to an area which would be known as AMPMAN Court. The Proposed Facility is located at Max Height Estate Asaba, one of the dream estates of the PWAN Group.

Speaking on behalf of the Association, The President of AMPMAN, Mr Best described it as a Dream come true for many, describing AMPMAN as not just an association but also as a home. He also used the opportunity to say “Congratulations to AMPMAN”, this is first of its kind, no association in nollywood have ever achieved this or think in such directions before in our history.
Let’s make some noise abeg, the future is here” He concluded.

The Association according to the President, Mr Best is set to unveil new land owners in the next batch of allocations happening in the remaining quarter of the year 2021.