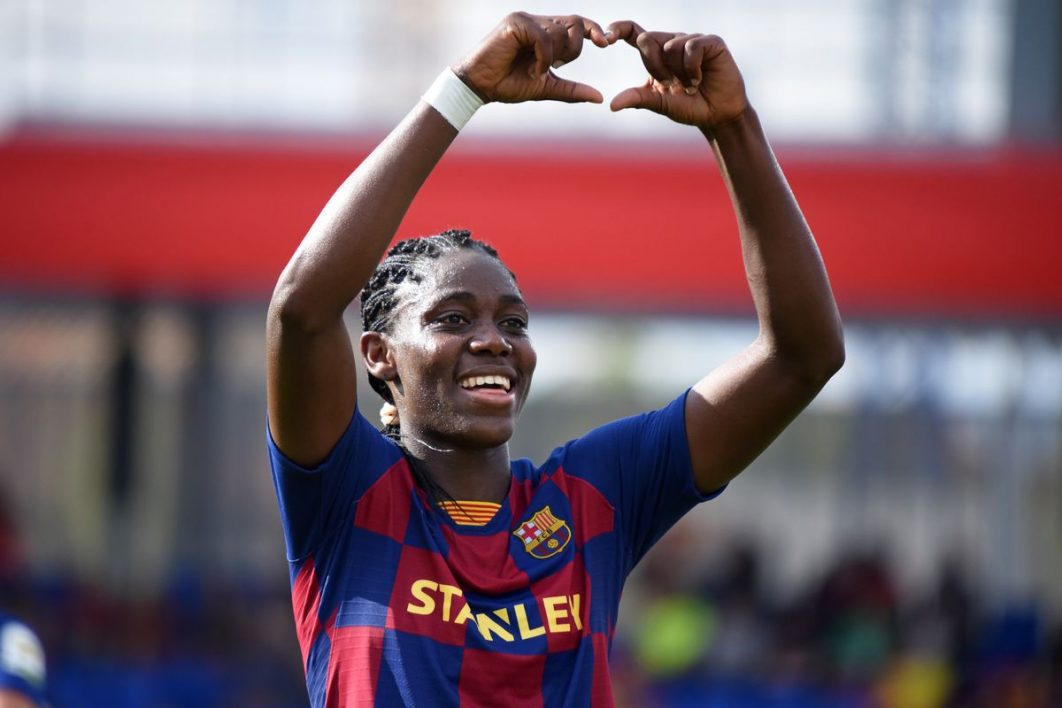 These are no doubt, the best of times for Super Falcons and FC Barcelona striker, Asisat Oshoala as she has won the Champions League with her Spanish Football Club.

The Nigerian striker made history on Sunday, May 16th, 2021 at Gamla Ullevi, Gothenburg in Sweden as she emerged the first African female player to win the UEFA Women’s Champions League.

For those who don’t know, FC Barcelona trashed Chelsea FC 4-0 in the final of the Women Champions League held on Sunday in Sweden.

However, Asisat Oshoala took part in the game as she was introduced by her coach in the 71st minute as Barcelona Women’s team finally won their first Champions League trophy.

Asisat Oshola has however, taken to her Instagram page to share the historic moment. See her posts below…