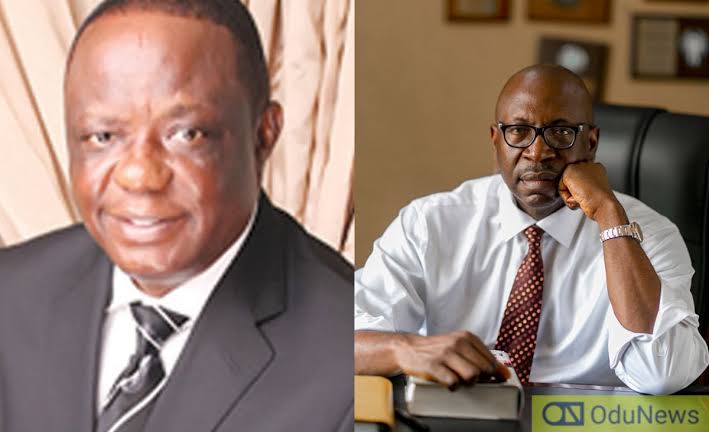 A young boy, not the eldest child, from an average home in a rough neighborhood in Benin, an ancient city that is the capital of the old Benin Empire which has been relegated to the status of a minority group in the country Nigeria, could have been limited by this background. No one would have thought that greatness would arise from such an environment.

Notwithstanding, the young man was brilliant and dared to dream dreams bigger and higher than his location. Just like your gifts will make room for you, his exceptional performance at the highly competitive primary school examination saw him admitted to the Federal Government College, Warri, an elitist institution meant only for the very best.

This New-Benin boy, without parental or state connection but his brain and dream excelled at the college. Rather than study medicine, engineering or architecture in the university, he chose to attend the Nigerian Aviation college, Zaria. That choice was the first signal that this young man was determined to fly and not walk.

He passed out with flying colours and at the tender age of twenty-one (21), became a decorated airline captain. He flew thousands of hours locally and internationally without accident and to the amazement of admirers, he announced his retirement at the very young age of 30.

Armed with the title “Captain”, he flew into the oil and gas industry and within a short period carved a niche for himself in spare parts procurement and maintenance.

He prospered, acquired jets, and became a household name in wealth distribution. His philanthropy was unrivaled and the more he spent the more he flourished. Where others saw problems, he saw opportunities. When piracy became notorious in our waterways, he incorporated Ocean Marines, a company that specializes in providing security to oil vessels plying our waters. Captain became not just an air captain but also a sea captain.

In Abuja, the Federal capital, he added value to the physical and architectural landscape of the city by building a five-star hotel the magnificent Wells Carlton thereby making himself not just a landlord but a land captain. In his home state of Edo, he established the first-ever greenhouse vegetable farm which was commissioned by Vice President Yemi Osibanjo. The farm like many of his enterprises can best be appreciated from the Sky.

The success of captain lies in his upward look. While others look downward and lament problems, he looks up and provide solutions.

Who was captain looking up to? The answer is God. Captain believed so much in God that he would spend hours worshipping him. His good works and love for people were borne out of his unwavering love for God. He built churches and supported those working for God. He would frequently tell his friends that if not for God, where would he have been? He devoted time to seeking the face of God, especially in handling complex issues.

He was quick to forgive and cherished relationships. He was happily married with lovely children and grandchildren. He loved his siblings and family dearly.

Though he had an abundance of material possessions, his focus was not earthly but how to make heaven.

When his illness was diagnosed Captain told me-

“Osagie, I am not afraid of death. God loves me so much that he told me ahead when I will die giving me the unique opportunity to put my house in order”

Truly, when the news later came that captain had departed, I knew that my brother, friend, and confidant Captain Hosa Wells Okunbo had entered the cockpit again to fly, but this time, to Heaven.