Captain Hosa: His Whole Essence Was Making Sacrifice For Others – Greg Uanseru 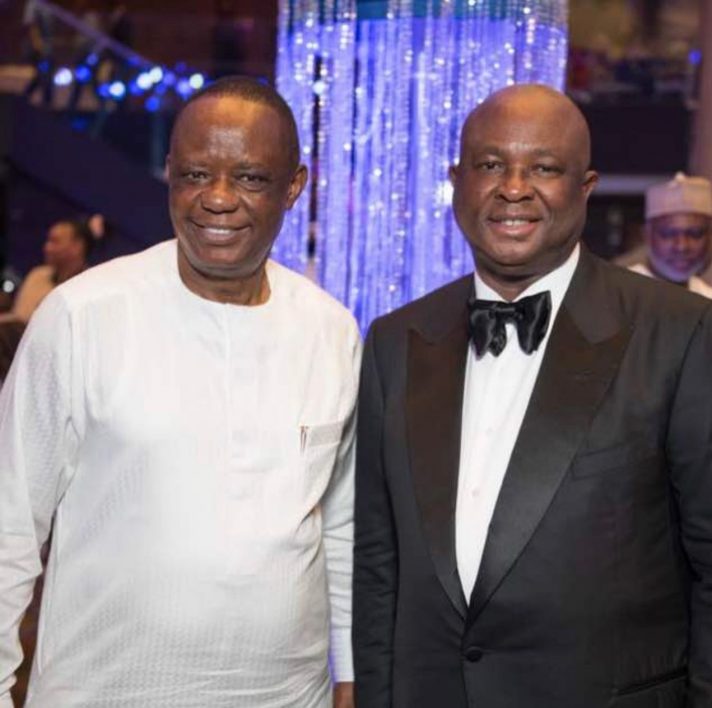 I have been saddled with Herculean roles throughout my six decades of existence. One of the hardest tasks I have had to take up, however, is penning this tribute in honour of my bosom friend and brother, Captain Idahosa Wells Okunbo, with whom I shared ancestry, career history, and an unbreakable filial bond. These saw us through thick and thin and consolidated our strong ties.

It is hard to write this heartfelt eulogy for a good friend without it bringing a tear to one’s eyes, knowing that we have lost one of the most courageous and profoundly noble human beings that any of us will share time with on earth. The demise of Capi as I used to call him, has left a huge gap nobody can fill because he was unique and wired differently. His fierce dignity, compassion, and unbending will to sacrifice for the greater good, in the interest of the larger society, speaks volumes of his uncommon personality.

Many have said a lot about Capi – extolling his magnanimous spirit and the generosity of his large heart – but as someone who was close to him, I was privileged with a deeper knowledge of his extraordinary humaneness.

In a world, filled with people of different shades and backgrounds with uncertain motives, Captain Hosa’s natural ability to deal successfully with everyone, without compromising his honesty and transparency spoke volumes of his excellent human relations and diplomatic prowess.

I recall vividly, that, many years ago, he told me that: “If you want to play the game, it is important to know all the players. This knowledge prepares you ahead and helps you to navigate through and manage every conflict that may arise.” Such was his profound depth – which clearly distinguished him as a corporate titan and socioeconomic player of note.

Captain Hosa hardly prevaricated on any matter. He was a man of conviction, whose intents were always known from the word ‘Go!’ He never gave room for anyone to question his integrity because his words were his bond. Even so, he never claimed to be sanctimonious. If anyone had issues with him, chances were that they would be at fault, for he would never take advantage of anyone. In fact, he would rather deprive and sacrifice his material benefits should they stand in the way of the robust relationships he had with people.

For Captain Hosa, peace trumped everything and formed the basis of his existence; and core to his pursuit of peace was his capacity to show love. This is why most tributes about him dwell on his benevolence and generosity.

Capi and I shared a bond that could best be described as filial. It wouldn’t be out of place for anyone to describe our relationship as that of two brothers from different mothers. We were that close. Our brotherhood dated back to our formative years. We had a great, long-standing relationship rooted in shared respect and understanding of our common values. I will try to illustrate the depth of our bond with three poignant stories.

A month before his death, Capi had called me to ask when I would visit him in London. He wished to spend time with me. But he was particularly interested in me coming to see him so we could have our favourite delicacy – bean porridge. This was a routine we both enjoyed from childhood through our struggling years as young men. And the habit had stuck with us, even after God blessed us with prosperity.

So, off I went to London, to see my friend and brother. He was so happy to see me and we feasted on our bean porridge delicacy in the company of a few mutual friends. Capi was in high spirit but little did I know that that would be our last meal together.

A few weeks after our meeting, I returned to Nigeria but I was suddenly called to see Capi. He had been rushed to the hospital after his health relapsed. I travelled back to see him, but I had to quarantine, first in London, due to the COVID-19 guidelines in the United Kingdom. A day after the end of the quarantine, I got a Whatsapp message from the daughter saying, “Uncle start coming to the hospital”! I rushed down to the hospital and beheld my best friend, lying almost lifeless on the bed. I barely managed to control my tears. I called him, by some of the special names I used to call him from our childhood days. He opened his eyes, looked at me, and shut his eyes because he could not talk to me. It dawned on me that life was ebbing out of my best friend. That was it. I succumbed to grief and burst into tears.

Capi, was a beacon of hope for many people, with whom he came in contact. His was a story in conquests – conquest over poverty and rising from a lowly beginning to the pinnacle of his professional calling in the aviation sector. He was an outstanding pilot with feats and feathers to his cap. I was a first-hand witness to his exploits in aviation because I operated side-by-side with him.

His bravery was conspicuous in the face of the few challenges and setbacks he had while here. The manner he handled his struggles with grace and good humour, and his ability to acknowledge his own imperfections made him remarkable.

I am one of the thousands of people who drew inspiration from Captain Hosa’s life. I paid attention to his words and actions, which sometimes served as life lessons in spite of the fact that we were contemporaries. The fact that he achieved greatness in all ramifications speaks of how much one can achieve when they are guided by their hopes and not by their fears.

I cannot fully imagine my own life without the example set by this illustrious, true son of Edo. We shared so many beautiful moments when we were growing up. He had been kind from when he barely had much to give. For him, giving was a religion which he practiced unabashedly. He would always be with people in their difficult times. His philanthropy was without any sociological limitations or any primordial sentiments.

As friends and partners, we had our moments of disagreement on issues, but we both allowed the sacred saying of Apostle Paul in his epistle to the Ephesians in chapter 4 verse 26 to be our watchword: “…let not the sun go down upon your wrath.” In fact, each argument we had, deepened our knowledge about each other and strengthened our bond.

Captain Hosa was also big on passion. He constantly sought out new passions and gave every last ounce of himself to his pursuits. More importantly, he was a great dad, an amazing husband, who dedicated himself to his family. He loved his children with all his heart. He never left anything in the tank; he left it all on the floor. I strongly believe that is what he would want us to do.

I solemnly make a promise from this day forward that I will live with the memories of knowing that I had a friend and a brother, whose whole essence was making sacrifices for others to live well.

To the Okunbos, I extend my deepest sympathy and gratitude for sharing this extraordinary man with us.