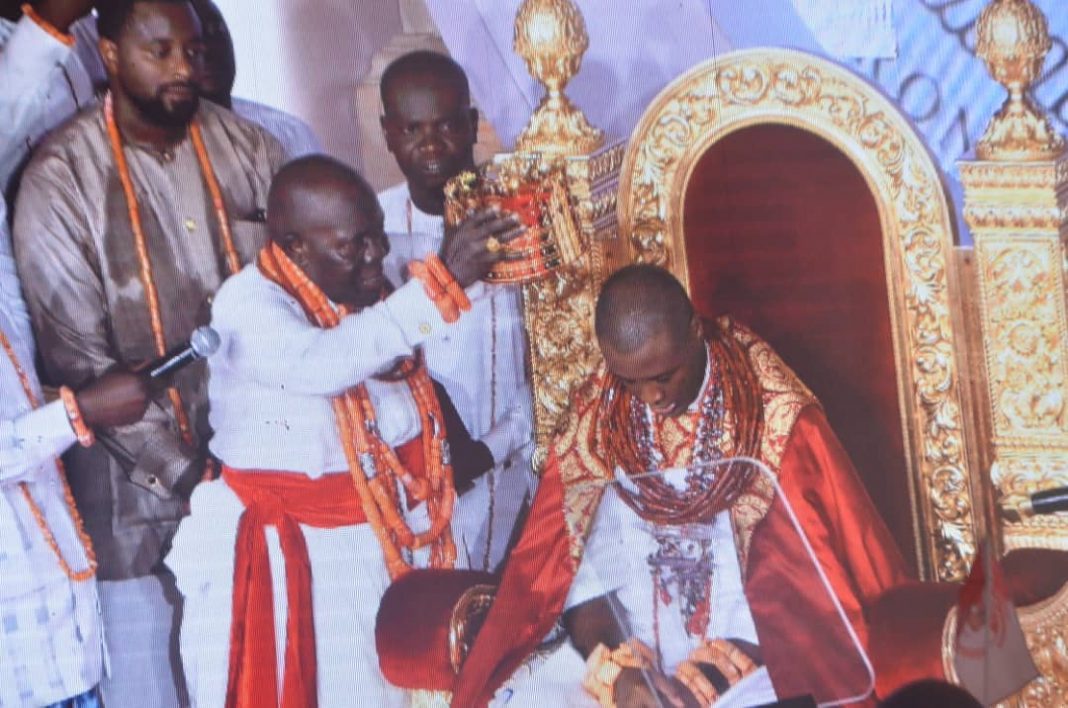 Below are six major highlights from the event:

1. Immediately after he was crowned, the monarch began to sing worship songs to God. Though the occasion was traditional, he used the opportunity to show who he serves and continually will.

2. He sang gospel songs to show total reverence to God’s sovereignty and acknowledged His authority while surrendering his reign and throne totally to God. In the ensuing speech, he continued to emphasise the God factor.

3. Prior to the coronation proper, he was made to engage in some customary acts. At first, he carried a calabash pot filled with water taking it round his head three times and threw it on the floor.

He was also made to hold a hoe, which he used to strike a fat wood three times after which he repeated the process of moving the hoe round his head thrice and dropped it on the floor.

He was later blindfolded and made to inspect some cultural artefacts and weapons.

All these signified that the new king will never have to engage in any form of manual labour for the rest of his life. All these were done with the crowd cheering on the King.

4. Former President Olusegun Obasanjo came to pay homage and knelt before him despite being way older than the crowned King.