CAPTAIN OKUNBO AND HIS ONLY SIN! BY AHMED OLUSILE 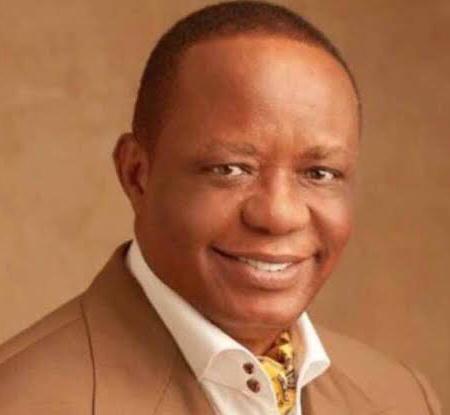 The conception, birth and ministry of Jesus Christ were nothing shrouded in secrecy. Long before each of the phases in the life of God’s only son, His father had announced them and true to the prophecies, they all came to pass one after the other. But why did you think He was also crucified? The answer is not far fetched: because he fulfilled his destiny as prophesied long before his coming. That was His only sin. Besides, as the Bible records, it was also to fulfill all righteousness. Pause a moment and spare a thought for some of the undeserving attacks on the person of one of Edo State’s billionaires and philanthropists, Captain Idahosa Wells Okunbo, and ask yourself: why is Captain Hosa, as many are wont to call him, suddenly an issue in the state’s body polity? Curiously, his only sin is that Captain Okunbo remains one of the few incorruptible billionaires, who started making money some 30 years ago, with a consistent lifestyle, steeped in hard work, affluence, generosity, philanthropy, sympathy and the fear of God. Now, let’s get it straight. As simple as all these may sound, they do not come easy. Operating in an environment, where sleaze, manipulation and official corruption are a norm, it’s hard to find individuals, who are better than the system that raised and produced them. This is where Captain Okunbo is different and incidentally, it is also the reason his traducers have remained unrelenting in their fruitless efforts to dig up what is tawdry, smelly and non- existent, just to smear him, especially, their penchant for linking him with what he’s never had business with. But for a man, who isn’t just doing things right but has also found favour before God and a majority of men as well as his people of Edo, the traducers of this rare creature would have to try harder to bring down a man, meticulously sculpted by God for a specific assignment on earth. A pride of his people and sincere patriot by all standards, the good people of Edo, today, are proud to have one of God’s uncommon creatures amongst them. Humble, self-effacing and not by any stroke of imagination conceited, it is curious to know why his haters have refused to admit that Captain Hosa has paid his dues to deserve his current station in any human rating. Not only are his businesses legitimate, he has been conscientious and consistent over the years, the result of which is his ever increasing wealth, the larger chunk of which he has also dedicated to improving humanity and healing the world. It is simple logic, of course, that anyone, who has continuously maintained the same decent lifestyle for so long a time, out of outright hard work and God’s given providence, should be respected by his people, and at the same time adore the grace of God upon his life, especially, for having attracted some of the most prestigious recognitions both at home and abroad. Without rejoicing at the misfortune of others, it goes without saying that many others had fallen off the ladder of success after a few years of joining the class of the rich. This is also why Captain Okunbo cannot be described as rich but a wealthy man, because he has been able to reach out to his people and those around him through his philanthropy. Why then should anyone go to the gutters with such a man, who had said times with out number that he should be left out of Edo politics? Well, hopefully they don’t finally get to drag him into the arena, where of course, he would do nothing but further display his goodwill amongst his people. Although a fighter, he engages only in reasonable battles. Suffice it to say, however, that it is not by sheer happenstance that the lines are constantly falling in the right places for him; it is instructive to mention for the record, that his dedication, transparency, sincerity with family, friends, colleagues and partners as well as reckoning the GOD FACTOR have combined to bring him this far. Therefore, if Captain Okunbo’s only sin is that he is clean and unapologetically so, it is okay to let the failures continue with their journey on the highway to nowhere. It would not in anyway diminish what God began in his life over 30 years ago. For a man, who is a rarity amongst the ‘characters’ that currently populate Nigeria’s social unit, wisdom and common sense celebrate such a fellow and not to continue to try effortlessly to destroy his hard earned reputation. But, hey, here’s a note to Captain Hosa: don’t stop the sin of a decent and enviable lifestyle. It distinguishes you, sir! *Olusile wrote from Abuja