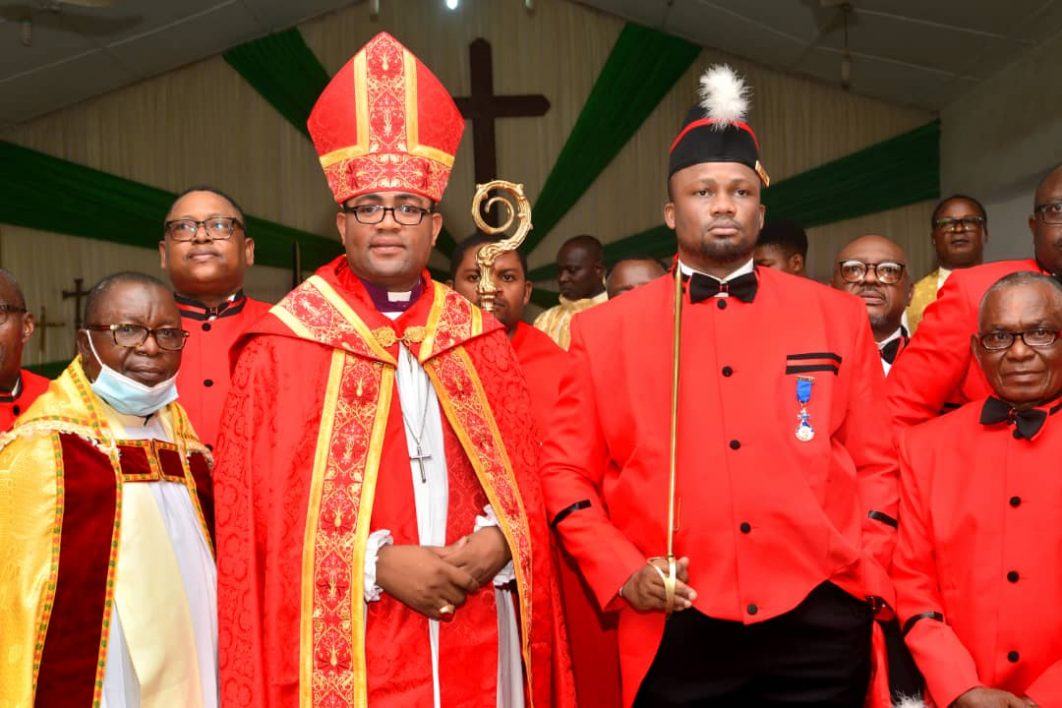 Speaker Edo state House of Assembly RT Hon Marcus Onobun has been invested into the order of knights of St Christopher at the cathedral of St Andrews Eguare Ekpoma .
During the colourful event the knights were advised to live a life of more service , dedication to humanity and defend the church especially in this period of insecurity in the nation.

Guest preacher at the event Ven Prof Bernard Itebiye charged the knights to rekindle their zeal for a permanent service to God .
While knighting the speaker ,the Bishop , Diocese of Esan , Anglican communion ,Rt Revd Gabriel Elabor ,also charged them to always obey the charge of Knight hood which includes sacrifice , meekness, humility urged them to bring these to bear in all their private and public endeavors.

Rt Hon Marcus Onobun in an interview with Journalists described the investiture as a call for greater Christian service , which has been his Hallmark.
The speaker explained that the investiture will further spur him to rededicate himself more to humanity and the defense of the church.
The investiture attracted dignitaries including a leader of the PDP in Esan west ,Elder Pius omonfuma , parents and family members of the Speaker .