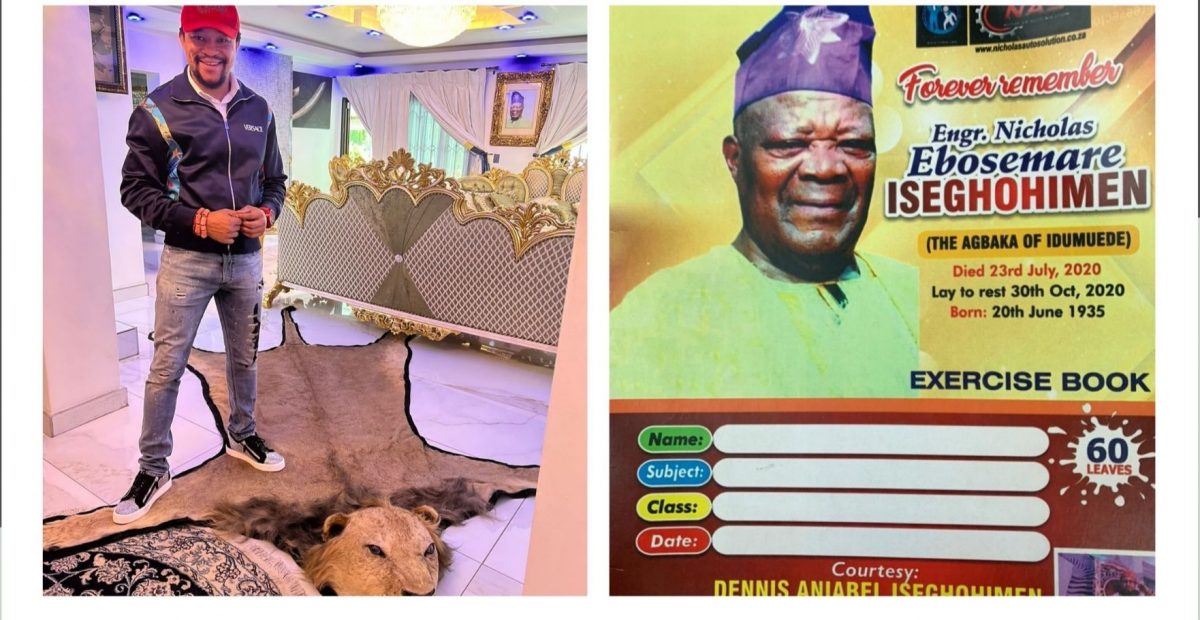 One of the illustrious sons of Edo state, HRH Dennis Iseghohimen, has announced the distribution of free exercise books to students and pupils in his community in Edo state.

The philanthropic gesture is to commemorate the one year anniversary of his late beloved father, Engr. Nicholas Ebosemare Iseghohimen, who died on the 23rd, July, 2020, and was laid to rest in his home town, on the 30th October, 2020.

HRH, Dennis Ainabel Iseghohimen is the Chief Executive Office of the popular Nicholas Auto Solutions in Johannesburg, South Africa. In South Africa, where he resides, his accomplishment has made him to excel amid his contemporaries.

According to him, he said his late father was his role model and mentor, because he learnt everything from him as a son and apprentice in his mechanic workshop during his lifetime.

He further stated that, his late father, Engr Nicholas Iseghohimen, was a friendly man and a peacemaker. Even described him as an ancestor because he never stopped to protect him till his untimely death.

‘’ my father’s death is painful to me even today being one year anniversary of his demise— God knows I would have stopped him from death if it was in my power. But he died at the right time. This is what he always wished for and prayed for, and that is one of the reasons why I call him a prophet’’

The well-achieved engineer, HRH Dennis is also the founder of the broken wall foundation, where he carters for aged men and women in the society, in terms of welfare and shelter. However, In South Africa, he is also a strong supporter of the Nelson Mandela’s foundation. HRH Dennis Ainabel Iseghohimen married to a south Africa delectable lady, Latoya Kelebogile Iseghohimen and the union is Blessed with beautiful Princess Jayden Ebosemare Iseghohimen.

King Brutus has fondly called by his friends in his tribute about his father also said that “My community is a place I will never forget in a hurry and I will do everything in my power to ensure there is happiness, love, Peace and respect in the land of Illeh just as I promised my father that HIS NAME WILL NEVER BE FORGOTTEN as long as I still have his last name”