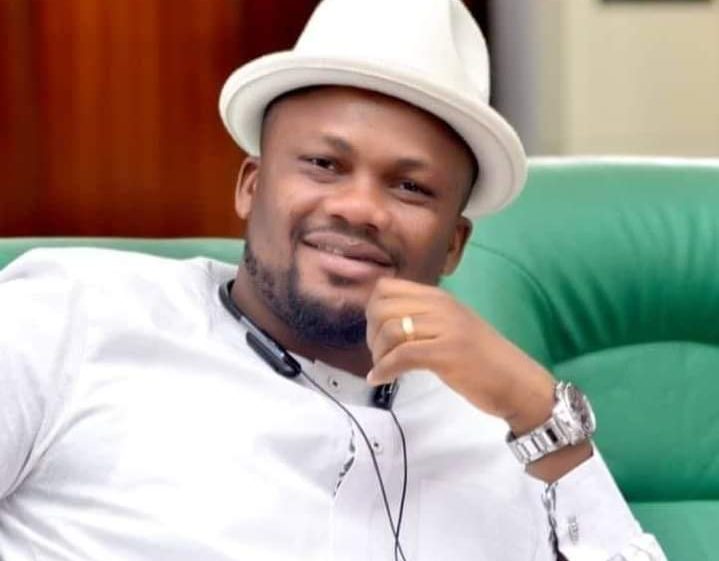 History was made on Monday, October 12th, 2020, when Hon. Marcus Iziegbeaya Onobun emerged Speaker of the Edo State House of Assembly.

The lawmaker, who got to the house by virtue of the votes of his constituents in Esan West, by this occurrence became one of the youngest politicians to become a Speaker in the history of Nigeria.

He studied at the Ambrose Ali University(AAU), Ekpoma, Edo State, where he bagged a B.Sc. (Hons) in Geography and Regional Planning. Upon his graduation he joined the defunct Action Congress of Nigeria(ACN).

He was the Pioneer Coordinator, Action Youths for Oshiomhole; General Secretary, Edo In Safe Hands and President, Esan Peace Initiative. From 2008 – 2012 he was Special Assistant to former Governor Adams Oshiomhole. Thereafter, the governor elevated him to the position of Senior Special Assistant on Youth Matters.
From that position he was elevated to Executive Director, Youth Affairs, Edo State.

Before his emergence as Speaker of the Edo State House of Assembly he was Deputy Leader of the house and Chairman, House Committee on Infrastructure, Physical Planning and Urban Development. He later became the Chief Whip of the legislature.

History will recall his achievement in ensuring that the relationship between the legislative and executive arm of government in the state is cordial in contrast to what was obtainable in yester years.

The dutiful legislator has sponsored scores of bills and moved lots of motions in the course of his carrying out his constitutional assignment.

He is happily married with children. By his posturing he has further made a case for the proponents of the Not Too Young to Run Campaign.