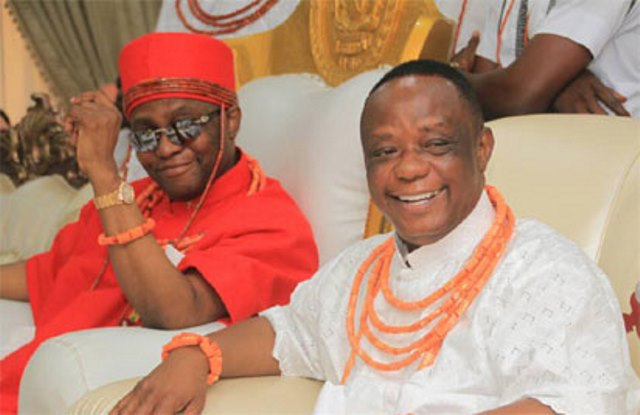 Secretary of Benin Traditional Council (BTC), Frank Irabor, made the announcement on Monday evening in a statement.

Irabor said: “The BTC, on behalf of His Royal Majesty (HRM), wishes to inform the general public that as a result of the demise of Captain Idahosa Wells Okunbo, and his burial few days ago, HRM has directed that all the events lined up to mark his 5th coronation anniversary on October 20, 2021 be postponed, in honour of the late Captain Okunbo, who was an illustrious son of Edo State, in whom we were well pleased.

“May his gentle soul continue to rest in peace.”

The deceased industrialist, a Benin son, who hailed from Orhua Town in Uhunmwode Local Government Area of Edo State, was born on January 7, 1958.

He passed on in a London hospital at 63 in the early hours of August 8, 2021, after a “gallant fight” with pancreatic cancer. His body was flown into the Edo State capital on October 6 for burial on October 8.

The entrepreneur, who graduated at 21 from the Nigerian Civil Aviation Training Centre, Zaria, as a professional commercial pilot, was made a captain in 1983 at 25 and retired five years later.

As a commercial pilot, Okunbo worked for Intercontinental Airlines and Okada Airlines.

He established Hoslyn Ventures Limited, a company that focused on procurement in the oil and gas sector.

In view of the restiveness in the Niger Delta, Okunbo set up Ocean Marine Security Limited, a pioneer marine security company, which is responsible for offshore asset protection for major oil companies in Nigeria.

He ventured into agriculture, through the establishment of Wells Farm Limited, thereby investing millions of dollars in greenhouse farming and agro-allied business in Edo state.

The business mogul, who was happily married with children, was also into construction, property and real estate development, security solutions, landscaping and charter flight operations, among others.

The philanthropist was conferred with an honorary Doctoral Degree by the University of Benin (UNIBEN) for his contributions and benevolence to humanity as well as his achievements as an entrepreneur.