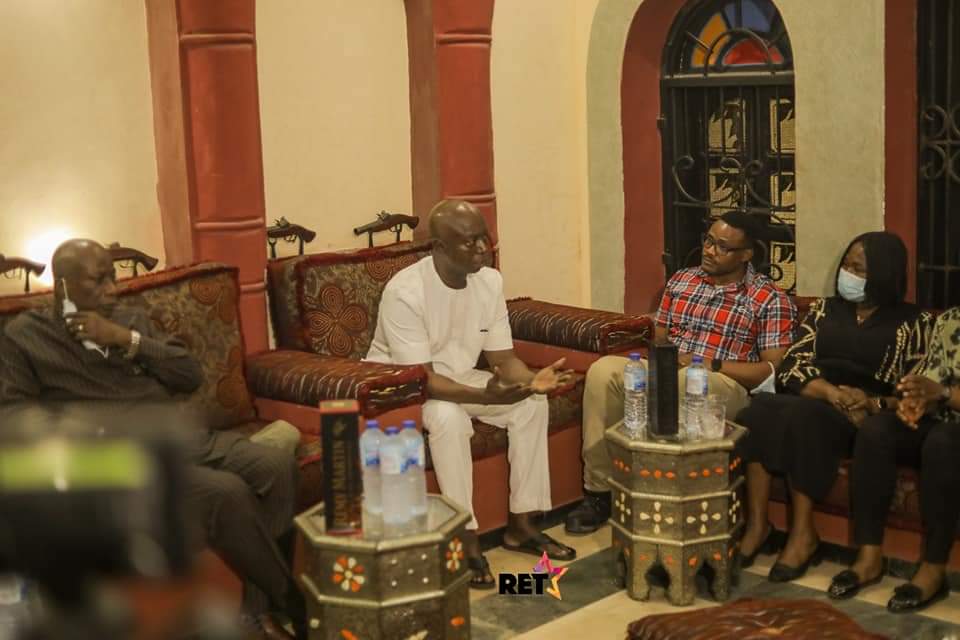 The Prince Ned Nwoko Foundation malaria eradication project is to lead other partners in the nationwide promotion and roll out of RTS’S, the new malaria vaccine which the World Health Organization (WHO) recently approved for wide-use in countries. The Federal Ministry of Health gave the approval following the foundation’s earlier offer to avail its malaria eradication platform for coordination of the national response to implement the RTSS vaccine in Nigeria.

In a statement on Tuesday, Hon Ned Nwoko, the Chairman of Prince Ned Nwoko Foundation expressed excitement with the WHO’s approval of the widespread use in countries of RTS,S, the world’s first malaria vaccine. He expressed the readiness of his foundation to join hands with the Ministry of Health and other stakeholders through strategic partnerships to promote and implement the RTSS malaria vaccine in Nigeria.

Earlier this year, the Prince Ned Nwoko Foundation malaria eradication project submitted a proposal to the Minister of Health offering its support and requesting the Federal Ministry’s green light to lead the proposed roll out of RTS,S Malaria Vaccine Implementation Programme (MVIP) in Nigeria. The Honorable Minister approved the proposal for the foundation to lead in the anticipated roll-out of the RTS,S vaccine in Nigeria upon approval of the vaccine by the WHO.

The Foundation appreciated the Federal Ministry of Health’s proactive insight demonstrated through the anticipatory approval of its lead role in the malaria vaccine roll out months before the vaccine’s recommendation by the WHO for large-scale implementation in countries.
It lauded the efforts of government and donors in achieving the continued decline in malaria prevalence in the last decade while noting that Nigeria has achieved progressive reductions in malaria prevalence from 42% to 27% and then 23% in three distinct population surveys conducted in children less than 5 years in 2010, 2015 and 2018 respectively with temporal and geographic variation in the geopolitical zones and states.

The statement assured that the Prince Ned Nwoko Foundation, through her Malaria Eradication Project, would continue to support a strong national response to mobilize strategic partnerships and resources towards the RTS,S malaria vaccine programme implementation in Nigeria by effecting appropriate infrastructure upgrade to execute the project. While urging support of the efforts of government through collaboration for the MVIP following the vaccine’s approval by the WHO, the Prince Ned Nwoko Foundation called on the public and private sector partners to come on board, as efforts are currently on to establish a strong multi-sector partnership to drive this great process that also requires the optimal use of existing interventions, in addition to the vaccines to deploy a comprehensive package for effective malaria control and eradication.

The foundation expressed its belief that Nigeria as the country with the highest malaria burden globally where high impact is needed, a strong local response is urgently required. It added that such a response would help to achieve targets set in the National Malaria Strategic Plan (NMSP) spanning 2021 to 2025.
Last month, the foundation collaborated with the WHO to co-host a virtual sideline event tagged Global Action for a Malaria Free Africa (GAMFA) during this year’s United Nations General Assembly (UNGA) in New York, United States (USA) The aim was to discuss the critical need of accelerating not just the control and elimination but eradication of malaria in Nigeria and Africa.

The Foundation, along with the relevant stakeholders with her technical team, shall establish the RTSS MVIP Action Committee (RMAC) to lead the implementation process in Nigeria.

The Foundation further stated in detail:

“The Prince Ned Nwoko Foundation (PNNF) is a Non-governmental Organization, with headquarters at the Federal Capital Territory, Abuja, Nigeria. Through her Africa Malaria Eradication Project, in the last six months sought and received approval from the Federal Ministry of Health (FMoH) to support and coordinate a National response toward malaria Eradication involving Strategic Partnerships for the deployment of the RTSS malaria vaccine in Nigeria. The Foundation believes that as a country with the highest malaria burden globally, where high impact is needed, a strong local response is urgently needed to achieve targets set in the National Malaria Strategic Plan (NMSP,2021-2025) that addresses morbidity and mortality burden of malaria.

“This request was anchored on the firm belief of the Chairman and Founder of the Prince Ned Nwoko Foundation, Prince Hon. Ned Nwoko, that a technology-driven solution using vaccines and existing interventions will be effective for malaria eradication. This desire was also to address the non-inclusion of Nigeria among the malaria vaccine implementing countries (Ghana, Kenya, and Malawi) in 2019, which was a great concern to Nigerians, given the high burden and heterogeneous distribution of malaria in the country. Early lessons learned from small prioritized areas of the country alongside routine immunization will be critical for large-scale roll-out in the country.

“The efforts of government and donors in achieving the continued decline in malaria prevalence in the last decade is laudable and commendable. The country has achieved progressive reductions in malaria prevalence from 42% to 27% and then 23% in three distinct population surveys conducted in children less than 5 years in 2010, 2015 and 2018 respectively, with temporal and geographic variation in the six geopolitical zones and states. The Prince Ned Nwoko Foundation, through her Malaria Eradication Project, will support and coordinate a strong national response to mobilize strategic partnerships aimed at supporting the efforts of government in implementing an effective malaria elimination programme in the country.

“Consequently, PNNF held an initial meeting with the National Malaria Elimination Programme (NMEP) before now, and consultations would be accelerated with the broader stakeholders, including the National Primary Health Development Agency (NPHCDA) in the weeks ahead. The Foundation, alongside her technical team and with the relevant stakeholders, shall establish the RTSS MVIP Action Committee (RMAC) for the country to implement a comprehensive malaria intervention package for the country.

“Finally, The Prince Ned Nwoko Malaria Eradication Project expresses her sincere appreciation to the FMoH for her insights in approving the coordination of the malaria vaccine implementation long before the recommendation of the World Health Organization for large-scale use in countries and cordially invites the public and private sector partners to join this great effort.”