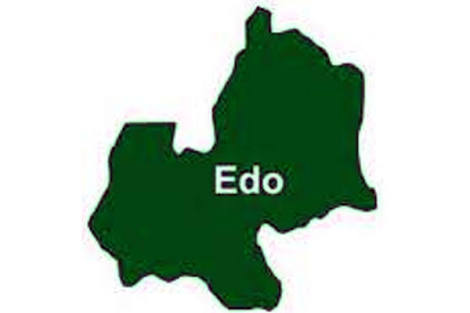 Politics worldwide has been a game of interests. Power bloc makes negotiations to protect their collective interests under various nomenclatures ranging from pressure groups to tribal groups and in some cases national and international interest lobby groups depending on the level at which the politics is being played. Howbeit, the way one goes about political negotiations in a wider spectrum is quite different from when the politics is within a small family that shares the same bloodline. A family that is so interconnected whereby what affects one has a way of rubbing off on the rest, will definitely play its politics with so much caution as to maintain the peace and unity of the family.

As commonsensical as it might seem, it is quite sad that Governor Godwin Obaseki in a desperate attempt to retain power at all cost is ready not only to divide the united Edo family but to pull it down. This has become very obvious with his continuous use of the Esan Agenda and his delusory moves.
It is generally believed that it is public office holders who have failed in their given tasks who are prone to using tribal, religious and regional colourations to whip sentiments and garner sympathy that he or she hopes will translate to electoral dividends. There are little or no qualms about the negative consequences of the mobilization such primordial sentiments for narrow and aggrandized benefits. This is clearly the case with Governor Godwin Obaseki as he has been consistently busy jumping from one tribal agenda to another, trying very poorly to garner votes based on sympathy. This is the very same OBASEKI who before now had boasted that he had done marvellously well as the administrator of the state and was demanding an automatic return ticket which to him he clearly deserves.

The man demanding an automatic return ticket started off with the ‘Benin Agenda’, calling every Benin man against his re-election an anti-Benin. When that did not fly, he shifted to Edo Central, with the now infamous ‘Esan Agenda’, promising to handover the governorship to that Senatorial district. It is quite unfortunate that a leader that was elected to govern the entire state is today sowing seeds of disunity. By the way, to think that a man whose path to Osadebey Avenue nearly four years ago was negotiated and paved for him by his benefactor and immediate predecessor is now claiming to have the know-how and ability to “parcel out political positions”.

It is sheer deception, mockery and bad apprenticeship display. This is sheer straw-clinging politics.
For the sake of those who for political and selfish interests are publicizing the said agenda, I will not waste God’s precious time engaging you as you have your inalienable right to take a stand in a democracy. After all, that is the beauty of democracy; the minority will have their say, while the majority will have their way. But for those who are genuinely ignorant of the political intrigues and how negotiations work in a state with so much tribal diversities and different political power blocs like ours, I will try as much as possible to make the debate succinct and explicit for easy understanding.
Permit me to start with this short story.

A man who has a reputation of never keeping his promise was busy preparing food with wet firewood. The wet wood was giving him a tough time and those who previously joined him to prepare the food had abandoned him due to his greed and reputation for never giving others their portion after the food was ready. In a frantic effort to get the food ready without the help of his previous partners, he begged another person to join him with the promise that when the food is ready, he will give him a sizable portion. After the new partner agreed to join him in preparing the new meal, the new partner discovered that there were some leftovers from the previous meal. Though very small, the new partner then asked to be given a piece from the old leftover while the preparation for this new meal was ongoing. And then the man started telling stories of how that old meal was inconsequential and that the new partner should be patient and continue the work for the chunk of what was to come. Would it be wise for that partner to trust someone who has a reputation for reneging on his promises?

The story above clearly depicts the noxious baneful plans of Governor Godwin Obaseki towards the good people of Esan land. The man who is promising to give Edo Central his support in the 2024 governorship elections did not consider them worthy enough for the position of Chief of Staff when the position was vacant in the course of the ongoing political tussle. The man who at the peak of his dominance as the Governor of the state could not make Edo Central the speaker of a united and complete state House of Assembly is today promising to give what he has no control over.
If not for selfish interest and purposeful self-delusion, does it make sense to any logical mind that a single individual can promise an elected position? Will, he shut the people out from voting in the elections that will follow? Or is Emperor Godwin Obaseki planning to kill and maim every dissenting voice before 2024 in order to impose his candidate? That is assuming you believe the lie that he is considering keeping his promise as he cannot feign ignorance of the reason for the seeming support his deputy has given him thus far. It is an open secret, except for Obaseki and a microscopic few, who for glaring reasons would feign ignorance of the machinations of Philip Shaibu towards succeeding his principal. Perhaps, Philip Shaibu has retraced his ancestral lineage to Uromi. Then and only then would the Esan Agenda as proposed by them make any sense.

History is not destiny, but history has a way of repeating itself. Let us quickly run through memory lane and acquaint ourselves with what happened in the past when some selected few felt they had the powers to make decisions for the majority. In early years of the fourth republic, when the Peoples’ Democratic Party held sway both in the state and at Federal level, they boasted about their rotation agreement, without recourse to the consent of the masses in the matter. What happened the other time they imposed a candidate who was not only unpopular but also from a party that has performed woefully in the previous administration? The people came out en masse and voted for another candidate in a new and unpopular party and even went all out to defend the victory at the electoral tribunal. Has that lesson been forgotten so soon that the same political party wants to take the good people of Edo Central back to opposition politics?

Since he has failed to have a clear entrance to the region, Governor Godwin Obaseki is now trying to split the unity of the people by dragging the respected Uromi monarch into his political travails. The good people of Uromi and Esan land in general are not enemies of progress and therefore cannot be bamboozled by the tantrums of division thrown by the embattled governor and his sinking political expedition.
Edo state, in general, is one big family and we don’t need anyone to remind us of the rotation of the seat of governance as it is an unwritten rule. At the appropriate time, the masses will rally around a reputable son from Esan land with massive public appeal and robust goodwill and elect such a candidate as the Governor of the state.

As it stands today, we cannot support a Judas after watching him betray his political benefactors and supporters only to run to another party and suddenly becomes friends with persons and a political party that has scored his government below average. Let’s be clear, it is the performance of Governor Obaseki that is at the heart of this election. His new party, the PDP has spoken that he is a colossal failure as captured by the Edo State Government Performance Report the, former opposition party released.

Of course, lazy minds will be quick to jump on the previous electioneering of the APC against its current candidate, POI as enough campaign to hand over re-election victory to the incumbent Governor. Seriously? What was evident was that the APC and its immediate past Governor were good at electoral marketing – the rule is to make your candidate appealing and the opponent unattractive. Discerning minds should actually be interested in interrogating how the elected Governor has fared as per all the things he promised during the 2016 electioneering campaign. Yes, his current party, the PDP helped us, Governor Obaseki failed woefully.

We cannot forget in a hurry a wise saying in Esan land, which by literary interpretation means: “the cane used to flog the first wife is waiting to be used on the second wife. It is only a matter of time”.

The good people of Edo Central should, therefore, tread with caution and not allow ourselves to be used by someone who has built for himself a reputation of ingratitude. Whoever chooses to support Governor Obaseki from Esan land is doing so in an expression of his/her own fundamental human rights and not a collective decision of the sons and daughters of Esan land both at home and in the diaspora.