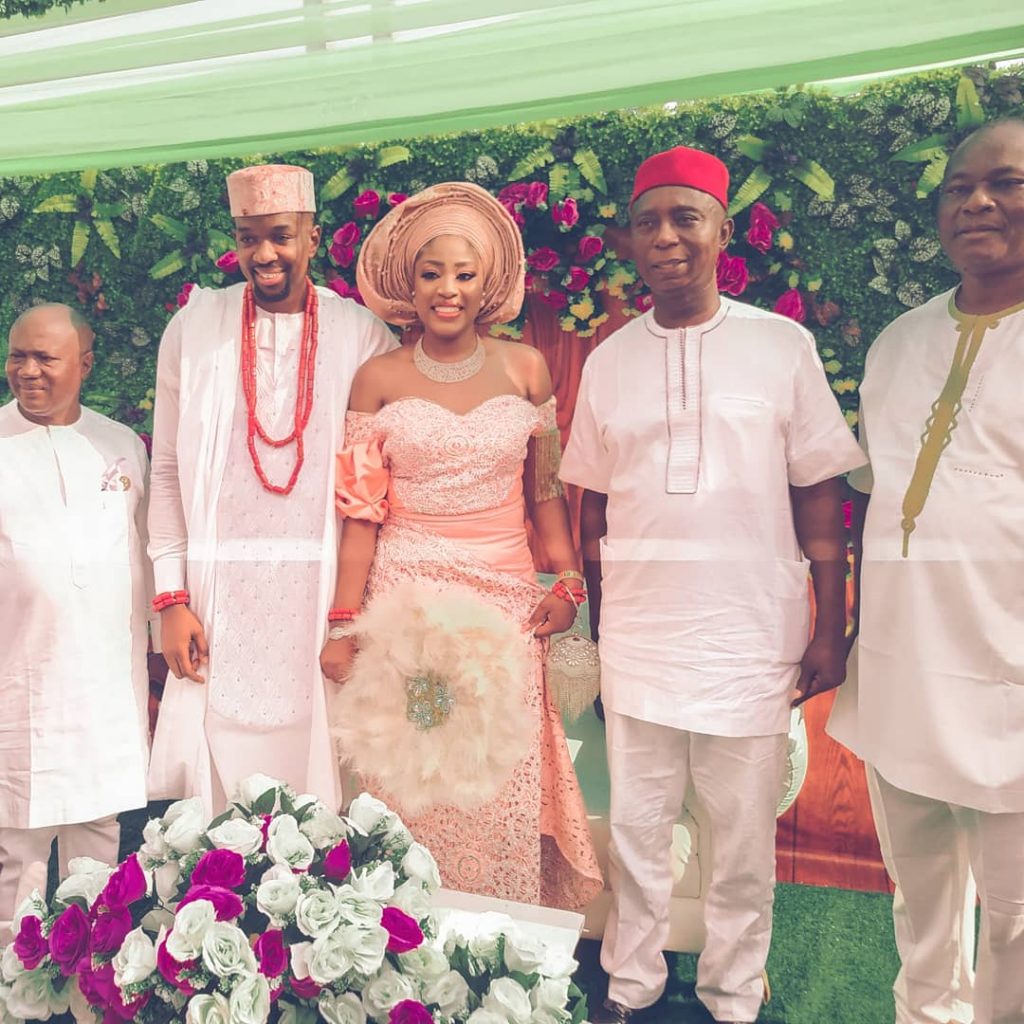 The Project Director of Africa’s biggest malaria eradication project, Mr. Chukwuebuka Anyaduba on the 9th of August 2020 married to his US based delectable Hearthrob, Ms Ugochi Ejidoh, at a glamorous traditional wedding ceremony at Olona Village in Aniocha North Local Government Area of Delta state.

The traditional wedding occasion of Chukwuebuka Anyaduba to Ugochi Ejidoh, now referred as Ugochi Chukwuebuka, was quite amazing and witnessed the presence of distinguished personalities, including the president and Founder of Prince Ned Nwoko Foundation, Hon. Prince Ned Nwoko, famous Football stars like Victor Ikpeba, Augustin Eguavoen and other notable celebrities, friends and family members in Nigeria and across Africa.

Other personalities who were noticed at the occasion were representatives of Ned Nwoko Foundation and its Malaria Eradication Project team, which included Mr. Adeniyi Ifetayo, a Celebrity Journalist, Ms Nora Okolo, the Logistics Manager, amongst others. During the wedding occasion the traditional marriage rites were performed alongside other activities which made it quite colourful and amazing.