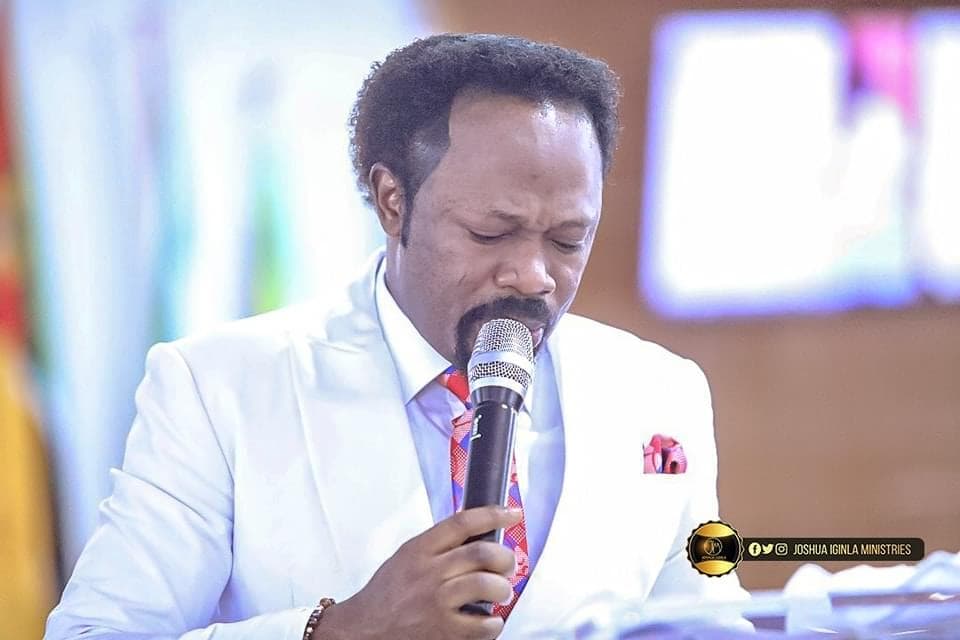 Internationally acclaimed Prophet and shepherd in charge of Champions Royal Assembly, Joshua Iginla has condoled with families of the slain victims during the vicious attack against Apostle Johnson Suleman.

Iginla in an emotional laden voice during the sunday service today raised a prayer for the family of the seven slain victims. He also condemend the vicious attack against Apostle Suleman labelling it as barbaric and satanic. He also enjoined the security to rise to the occassion by arresting, prosecuting the culprits and their sponsors.

Furthermore, he challenged christian leaders to embrace the love of God and be united. He reiterated the fact that true revival cannot occur until they relate as one body. Iginla also appealed to Nigerians to forgive the fathers of faith and stop attacking them. According to him they are not responsible for the current state of the nation:

I want to first say that our heart goes to the family of the policemen and ministry members who lost their lives In the sad event. There was an attempt on the life of the man of God and it was a narrow escape through the help of God.

I know people will say whatever they like. If you sat bulletproof or car proof but I want you to know there were people who ride in bulletproof cars, yet were accosted and killed. There were presidents who were heavily guarded yet assassinated.

In things like this we are not here to argue with men but say the act of trying to take somebody’s life no matter the reason is barbaric, satanic, and devilish not to talk about it being against a man of God. We have come to a point in our time where hatred had filled our lives. We no longer understand what it means to have the fear of God.

I just want to register my voice by condemning this act. It is satanic and barbaric. I have confidence in the Nigerian Police. When they want to do their job, they will do it thoroughly. I have seen them moving swiftly on many occasions to incidents like this and bring out the truth. We hope the Nigerian police will not fold their hands and that the culprits and their sponsors will be arrested, prosecuted, and dealt with lawfully”

To the church and the body of Christ, we no longer know who is our enemy or friends. One of the scary set of people to deal with are pastors. Until we come to the point where we are united, we are just deceiving ourselves for the prayer of revival. Do you know the reason we don’t have revival in the land? Do you think you can cause revival alone? No! You need me and I need you. We need one another. Also if we have offended you forgive us.

The attack on the Men of God is too much. If you don’t talk about Papa Adeboye, you talk about Bishop Oyedepo. To you, everyone of us is not good. Forgive us. We are men before we became men of God. We are not the government of Nigeria, we are not the ones handling the political positions in Nigeria. The present predicament of Nigeria is not caused by us. Kindly vent your anger in the right direction and choose a new leader that can lead Nigeria right. We will never be politicians.

We are men of God. Also, men of God once they criticized you, consider the constructive criticism they appoint to you and turn a new leaf. The voice of the people sometimes can be the voice of God. But taking somebody’s life is so dangerous. Watch my track record, even if I don’t know you once you received a bullet as clergy I will come out to defend you. When senior prophet TB Joshua was alive I did the same thing in his lifetime and after his lifetime. If not for timely intervention… how much did they give you to take somebody’s life? What a wicked world we live in..