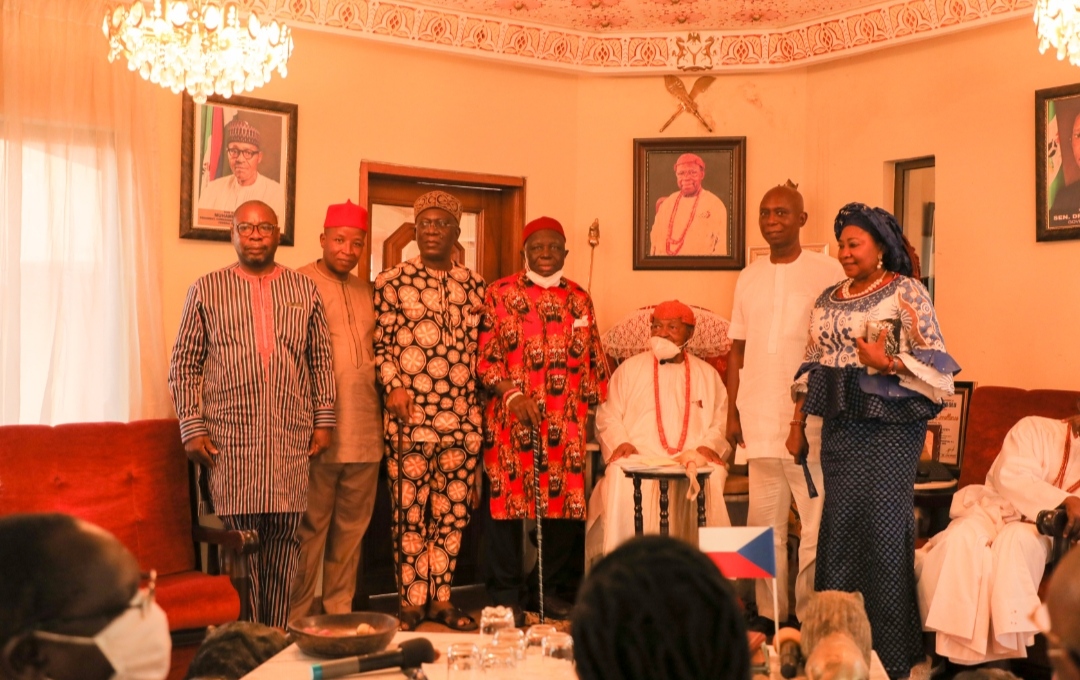 Popular Nigerian philanthropist and the Chancellor of Stars University, Idumuje-Ugboko, Delta State, Prince Ned Nwoko has advocated clear-cut roles for traditional rulers in the ongoing constitutional amendment process as a deliberate step towards entrenching lasting peace and harmony in the Nigerian society.

He spoke on Friday when he took the new national executive officers of Igbo socio-cultural organization, Ohanaeze under its newly inaugurated President-General, Prof. George Obiozor in a courtesy call on the Asagba of Asaba who is also the Chairman of Anioma Traditional Rulers Council, Prof. Chike J. Edozien.

Prince Ned Nwoko advocated that pressure groups like Ohanaeze should carry traditional rulers along in their activities for deeper impact in society. He drew the attention to the fact that the word ‘Ohanaeze’ means the people and the rulers.

Prof Obiozor at the event said that the kind of federation the Igbo want in Nigeria is a union of equals.

The leadership of the apex Igbo cultural pressure group had earlier paid a visit to Prince Ned Nwoko at his Mount Ned Resort country home in Idumuje-Ugboko where they eulogized him for his massive developmental projects in Anioma land particularly the Stars University, Idumuje-Ugboko.

Prof Obiozor and his team were led to the Asagba’s palace in Asaba by Anioma-born Pan African philanthropist and the Chancellor of Sub-Sahara Africa’s pioneer sports-oriented university, Stars University, Idumuje-Ugboko, Delta State.