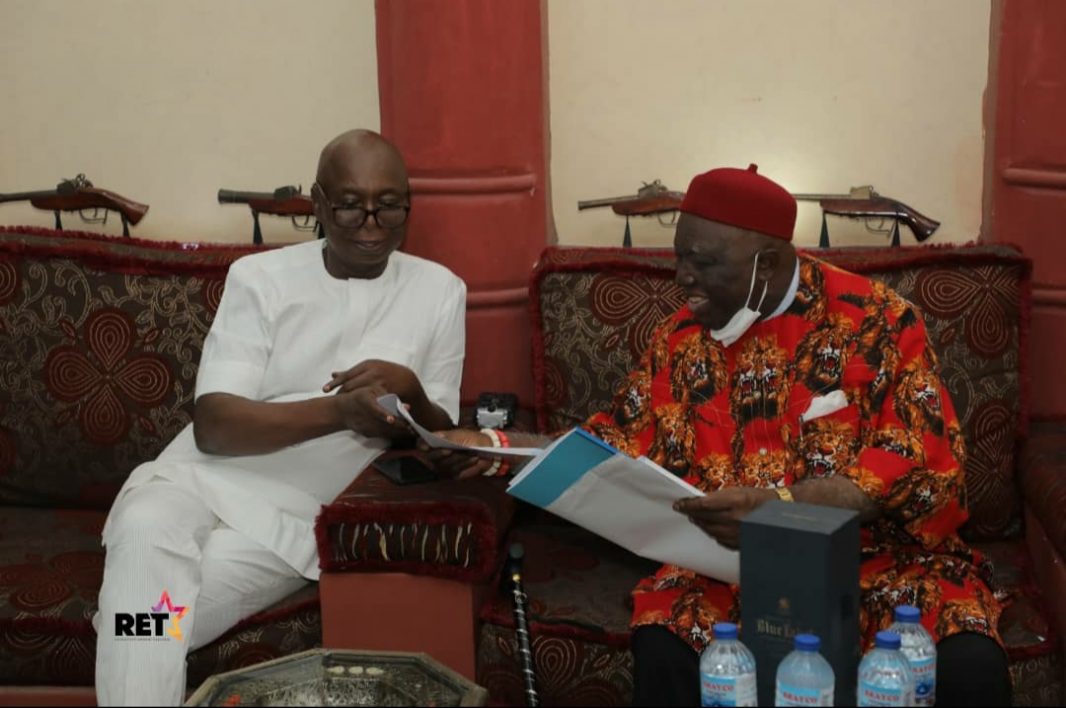 The National Leadership of Ohanaeze Ndigbo has congratulated Prince Ned Nwoko on his establishment of Stars University, Idumuje-Ugboko and the Malaria eradication programme of his foundation. President-General of the group, Prof George Obiozor made the commendation when he led his Exco on a courtesy call on Prince Nwoko at his Mount Ned Resort mansion Idumuje-Ugboko.

Prof Obiozor described Prince Ned as one of the best and brightest Nigerians of Igbo extraction. He said he has been following the sterling achievements of Prince Ned as an accomplished international lawyer for several decades especially during his (Obiozor’s) service as Nigeria’s envoy to the US and also State of Israel.

The Ohanaeze President-General presented to Prince Ned Nwoko a copy of the position paper of the pan-Igbo group on the current state of affairs in the country. The document titled ‘The Journey So Far’ encapsulates the position of Ohanaeze on the national issues.
Prof Obiozor prayed to God to preserve and bless Prince Ned Nwoko the more, stressing that the former federal lawmaker is on the right track.

Responding, Prince Ned, flanked by his wife, Regina Daniels and some Anioma leaders, thanked the Ohanaeze leader and his Exco members for the visit to him at his Idumuje-Ugboko country home.