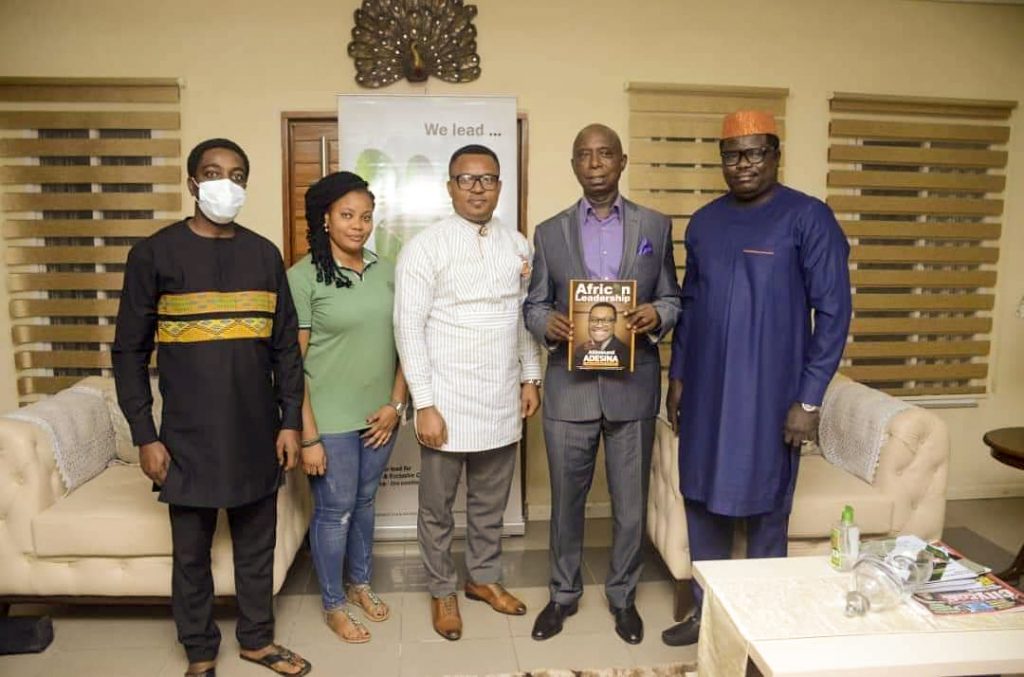 Earlier this year, advisory board of African Leadership Magazine (UK) Inc honored the Initiator, Eradication of malaria in Africa, Prince Ned Nwoko with the prestigious AFRICAN LEADERSHIP DISTINGUISHED PERSONALITY OF THE YEAR at the African Leadership persons of the year event which was held at the national convention center Johannesburg, South Africa in February 28-29 2020. And through this pan African magazine, the United States house of representatives by Representative Billy Mitchell District 88, Georgia house of representatives recognizing and commending Prince Ned Munir Nwoko on his outstanding and selfless service to Humanity. Adeka Nuka Bernard
Bureau Head, South South / South East
African Leadership Magazine (UK) Inc. presents the honorary congressional commendation/proclamation from the Georgian legislative Black Caucus United States of America to Prince Ned Nwoko in Abuja signposting the highest seal of approval and recognition the United States gives any private individual.

This conferment represents one of the highest Distinguished recognition of outstanding contributions to leadership, creativity, people development, youth mentoring, and humanitarian or public service, which represents a state-level, national or international model to others and reflect the mission of the United States Senate. Part of the proclamation read in part

“WHERAS. Prince Ned Munir Nwoko has diligently and conscientiously devoted innumerable hours of his time, talents and energy toward the betterment of his community and country, as evidence dramatically by his service as a member of Nigeria house of representatives from 1999 to 2003; and

WHEREAS. It is abundantly fitting and proper that the outstanding accomplishments of this remarkable and Distinguished individual be appropriately recognized.

NOW, THEREFORE, BE IT RESOLVED that Prince Ned Munir Nwoko is recognized and commended for his efficient, effective, unselfish and dedicated public service to Nigeria and extended the most sincere best wishes for continued health and happiness “.

In his Response, the Billionaire Philanthropist and Antarctica explorer, Prince Ned Nwoko said that this kind of commendation only spur him to do more and believe that with his plan on eradication of Malaria in Africa that very soon Nigeria will be satisfied malaria free country by the United Nation.